KITIMAT, B.C.—The company behind a controversial natural gas pipeline in northern British Columbia says construction began in a number of places before archaeological assessments were complete.

Coastal GasLink says an internal audit found there were two areas along the right of way east of Kitimat where land was cleared before archaeological impact assessments occurred.

It says the assessments are conditions of the permits issued by the BC Oil and Gas Commission and the B.C. government’s Environmental Assessment Certificate.

Coastal GasLink says it has suspended all clearing activity in the area until an internal review is complete and actions are taken to prevent it from happening again.

It says it has also notified affected Indigenous communities and welcomes their participation in post-impact assessments.

The Coastal GasLink pipeline inspired global protests when hereditary chiefs of the Wet’suwet’en First Nation said it had no authority without their consent.

A new poll published on July 26 by Forum Research reveals that 51 per cent of Quebecers oppose the expansion of the Trans Mountain pipeline, including 35 per cent who said they strongly oppose it.

Of the Quebecers surveyed, the results showed 36 per cent said they somewhat or strongly support the expansion of the pipeline.

Forum Research polled 977 Quebecers between July 22 and 24 over the phone about the Trans Mountain pipeline expansion.

The expansion project would twin the existing 1,150-kilometre pipeline between Edmonton and Burnaby. Capacity would almost triple from 300,000 to 890,000 barrels per day with the new pipeline.

Demographic markers such as age, gender and political leanings were factored in.

“Men are pretty evenly split on this, 45 per cent in favour and 47 per cent opposed, but among women it skews heavily toward opposed,” said Lorne Bozinoff, president of Forum Research. Only 26 per cent of women polled were in favour of the expansion.

“Those numbers do range significantly by demographic group, so for example, opposition to the pipeline is higher among younger people,” Bozinoff said.

“I think there is more concern for the environment among younger people,” Bozinoff said. 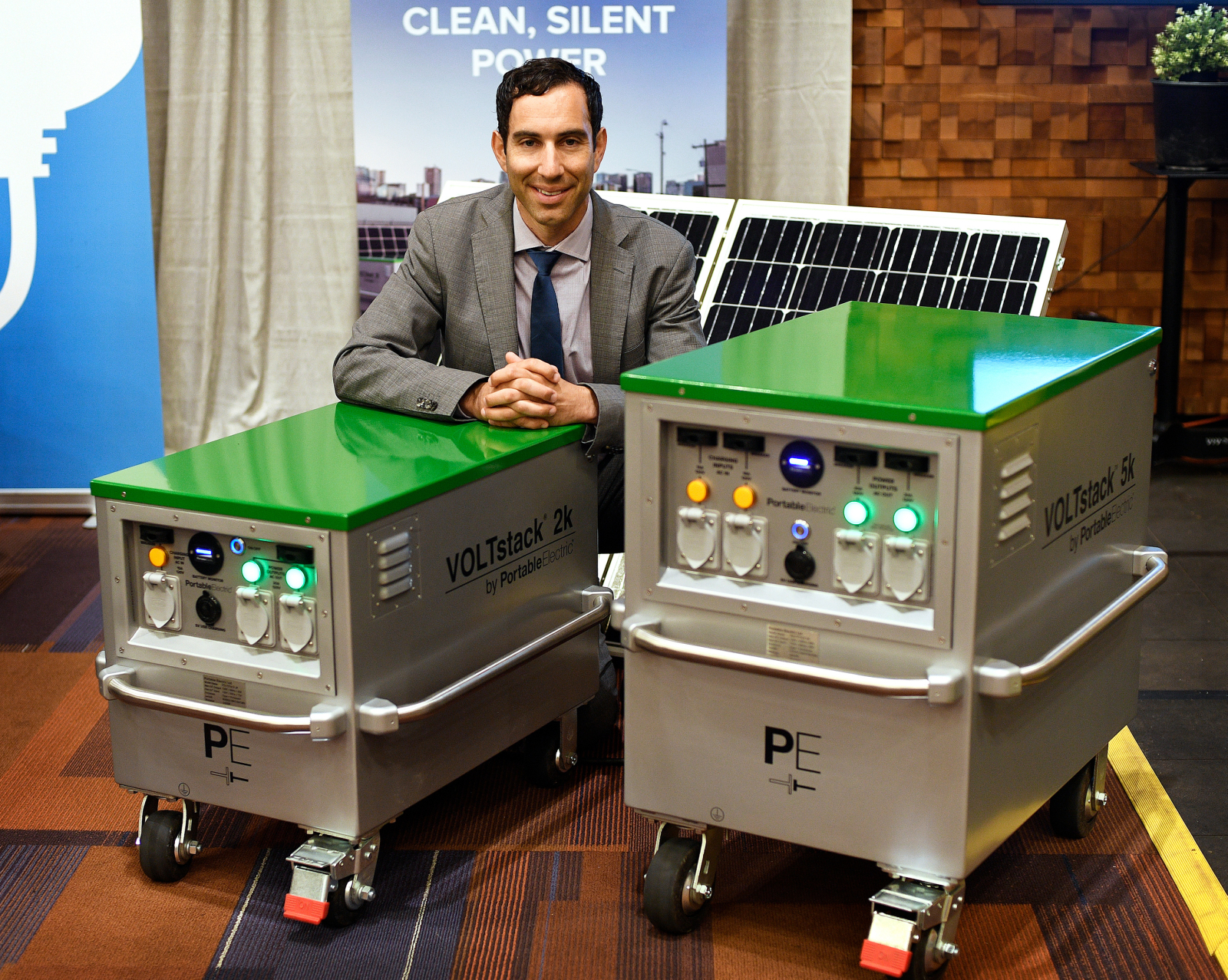 Mark Rabin, founder and CEO of Portable Electric, at the Clean Energy Ministerial on May 28, 2019. Photographed with VOLTstack 2k and 5k generators and the SUNstack 200 folding solar panel. Photo by Jennifer Gauthier

It’s the end of a long day in the midst of a busy clean-energy conference and Mark Rabin is still bursting with energy — after all, energy and power generation are his business, and his efforts have brought renewable energy to the set of the latest James Bond film.

He’s the founder and CEO of Portable Electric, a Vancouver-based cleantech company that’s changing mobile power generation by offering portable renewable-energy generators called VOLTstacks. They’re replacing gas and diesel generators and disrupting the status quo across an array of industries and applications, from film and television to on-the-ground disaster-relief efforts. And in Vancouver next weekend, look out for VOLTstacks at the city’s Pride celebrations.

“It’s very different from other technology companies, where they spend two or three years in the lab trying to figure out the best invention. We said, ‘Let’s make a product, let’s get it into people’s hands and let’s let the market and the customers tell us what they want,’” Rabin told National Observer.

They began powering events and festivals, including Pride celebrations and the Vancouver Mural Festival, where Rabin said they started proving their technology.

Manufactured in an 8,000-square-foot facility in Vancouver, the company’s VOLTstack mobile power stations are designed to replace traditional gas and diesel generators. They are silent and emission-free, powered by mini solar panels and lithium ion battery banks that charge in as little as 2½ hours.

The generators come in three sizes. The smallest is the 190-pound VOLTstack 2k, which delivers 250 watts of continuous power for 10 hours. It’s around two feet tall and recharges from a 120-volt wall outlet as well as solar and wind.

The 5k weighs 330 pounds, but it’s just a few inches taller and wider than its smaller counterpart. It delivers 500 watts of continuous power for 10 hours. At least one VOLTstack 5k is on its way to Burning Man in northwestern Nevada, according to a post on Portable Electric’s Facebook page.

Finally, the VOLTstack 20k is attached to a trailer and weighs 5,000 pounds. It can be customized to suit different needs for days of continuous power supply.

One industry in particular has embraced and even helped shape the renewable generators from their early stages because of that pent-up demand: film and television.  MORE