Conservative leader wants to be the working-class hero, with Trudeau the son of privilege. It’s a tough sell. 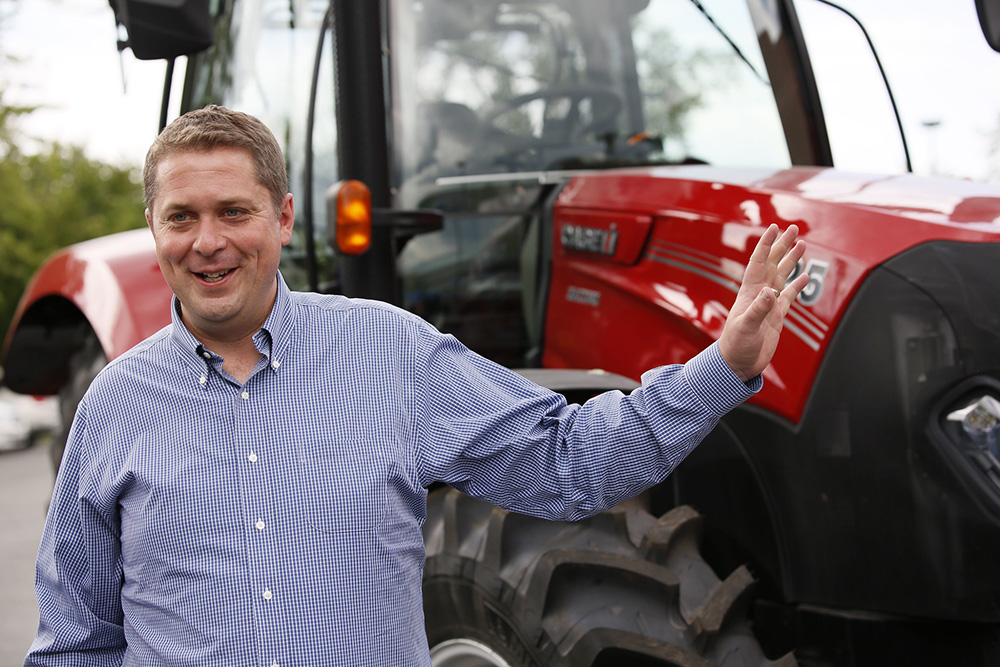 ‘Scheer is paid $264,400 a year. He lives rent-free in a taxpayer-funded 34-room mansion with a chef, chauffeur and household manager.’ Photo from Andrew Scheer, Flickr.

“I know what it’s like when families feel anxious that they won’t make it to the end of the month,” the Conservative leader told Michael Smyth of the Province. “Someone who’s never had to worry about that can’t possibly relate to it on a personal level.”

Scheer is paid $264,400 a year. He lives rent-free in a taxpayer-funded 34-room mansion with a chef, chauffeur and household manager.

He might remember his parents feeling anxious about making it to the end of the month when he was a child. They were solidly middle class — his mother a nurse, his father a unionized librarian and proofreader at the Ottawa Citizen. But they had nine children, so money was likely tight.

But as a career politician, Scheer surely hasn’t worried about paying the bills for a long time. He had a history degree and limited work experience when he was elected as an MP in 2005. He’s done political staff jobs, part-time work as a server and briefly sold insurance in a friend’s agency.

Less than two years later, Scheer was appointed assistant deputy chairman of committees of the whole and a deputy Speaker. The title has a vaguely Dwight Schrute quality, but the job brought a 10-per-cent pay increase over the base pay for an MP.

And after the Harper government was re-elected in 2011, Scheer was elected Speaker. That took his pay to $236,600 and gave him an apartment on Parliament Hill and taxpayer-paid housing in The Farm, a 5,000-square-foot residence on four acres.

Since he was elected as an MP at 25 in 2005, Scheer has collected about $3 million in salary. For the last eight years, he’s lived in housing paid for by taxpayers.

He isn’t doing anything wrong. Parliament approved the pay plan.

But it’s ridiculous for him to claim that “I know what it’s like when families feel anxious that they won’t make it to the end of the month.” MORE