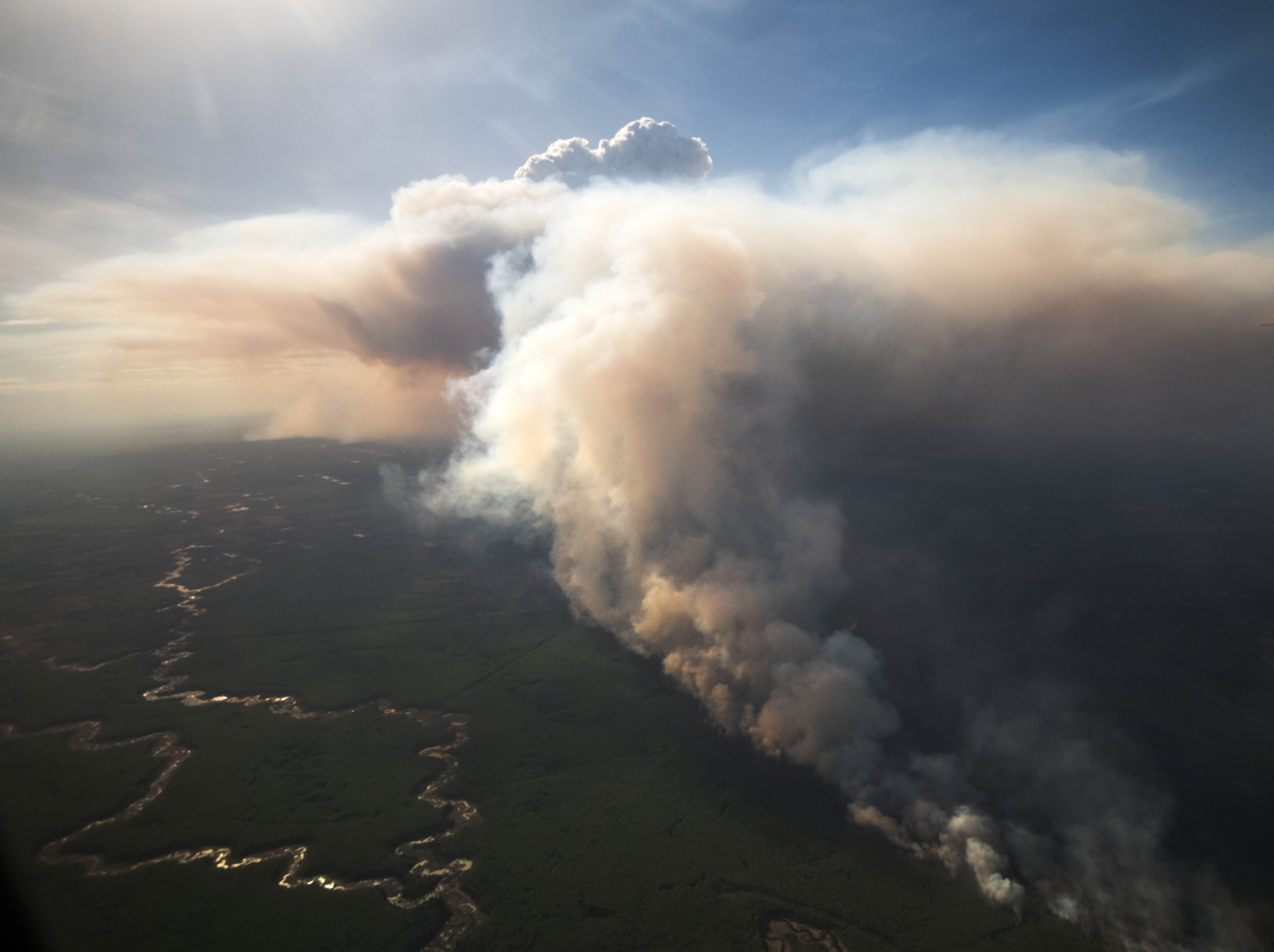 A photo of High Level, Alberta on May 21, 2019 as a wildfire consumes the area. Fires in the High Level region are still blazing out of control. Photo by Chris Schwarz / Government of Alberta

It’s mid-summer, and the ancient boreal forests of northern Alberta have been on fire since early May.

Near the town of High Level, a 351,000-hectare fire still blazes out of control. The town and Indigenous communities nearby have been evacuated once already this fire season, and High Level remains in a state of local emergency. The wildfire has also periodically closed the only highway to Yellowknife, one of Canada’s most northern cities. Perched on subarctic tundra, it depends on the thoroughfare for fresh food and goods year-round.

Canada’s North is a young place. The average age of those in the region is a decade younger than the rest of the country. In Nunavut, to the northeast, the median age is 24.7 years old.

And in northern Canadian communities, young people watch the forests burn, the permafrost melt, the animals flee or die off and the oceans rise as the world’s older adults assure work is being done to solve what has become an existential threat to humanity itself.

The world’s youth, led by activists such as 16-year-old Greta Thunberg of Sweden, have risen up to demand immediate action. But what action is occurring often disregards young people at every level. While their voices may have reached media networks, the power of their collective talent has not been fully harnessed. It is imperative we act now to integrate youth into climate emergency leadership, and the work of adapting to the climate crisis.

At the ResiliencebyDesign (RbD) Research Innovation Lab at Royal Roads University in Victoria, B.C., our work addresses how to do exactly that. Our projects engage youth in climate action using art-based methods to increase awareness, actions and coping strategies. The outcome is a powerful social approach that helps youth explore and grapple with the harsh realities of the future.

In late May, as Europe’s youth held climate strikes and rallies, I joined my climate action colleagues at the European Climate Change Adaptation Conference in Lisbon, Portugal, to share the types of methods the RbD Lab uses to engage and involve youth in climate leadership. MORE