“It’s unfortunate but the economic arguments in favour of large mining projects almost always outweigh the environmental damages that projects like the Sisson Mine will do” — Lois Corbett, Conservation Council of New Brunswick 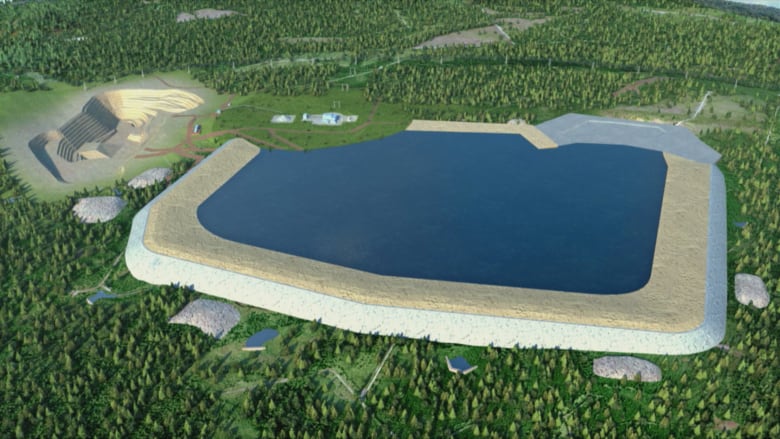 For two years, Nick Polchies of Woodstock First Nation and his dog Arizona have been waking up in the woods, on land that someday — and for centuries to come — could be a toxic tailings pond.

Polchies initially went to the site, about 80 kilometres northwest of Fredericton, to help the Wolastoqi grandmothers already camping out there to protest the proposed Sisson Mine.

Northcliff Resources Ltd., a Vancouver-based company, says its open-pit tungsten and molybdenum mine would create 500 jobs during construction and 300 jobs for the 27 years it is expected to operate.

The $579-million mine near the community of Napadogan would also have a storage pond for toxic waste that would last for many years after the mine is abandoned. The waste facility would require the damming of two fish-bearing brooks.

Polchies’s resolve to fight the project only deepened when the mine and the tailings pond proposed for the unceded Wolastoqey land got approval this summer from Environment and Climate Change Canada.

“Basically, my mind kind of went to an old meme,” said the frustrated Polchies. “It’s like ‘how many times must we teach you this lesson, old man?’ Like it’s not going to happen, we’re not going to allow it to happen.” MORE

CHIEFS SAY THEY ONLY LEARNED ABOUT THE DECISION FROM MAINSTREAM MEDIA