Apple, Amazon, Google, and Facebook face a new and sweeping review of their activities by the US Department of Justice (DOJ).

Twenty-five years ago, Facebook, Google, and Amazon didn’t exist. Now they are among the most valuable and well-known companies in the world. It’s a great story — but also one that highlights why the government must break up monopolies and promote competitive markets.

Today’s big tech companies have too much power — too much power over our economy, our society, and our democracy. They’ve bulldozed competition, used our private information for profit, and tilted the playing field against everyone else. And in the process, they have hurt small businesses and stifled innovation.

America’s big tech companies provide valuable products but also wield enormous power over our digital lives. Nearly half of all e-commerce goes through Amazon. More than 70% of all Internet traffic goes through sites owned or operated by Google or Facebook. 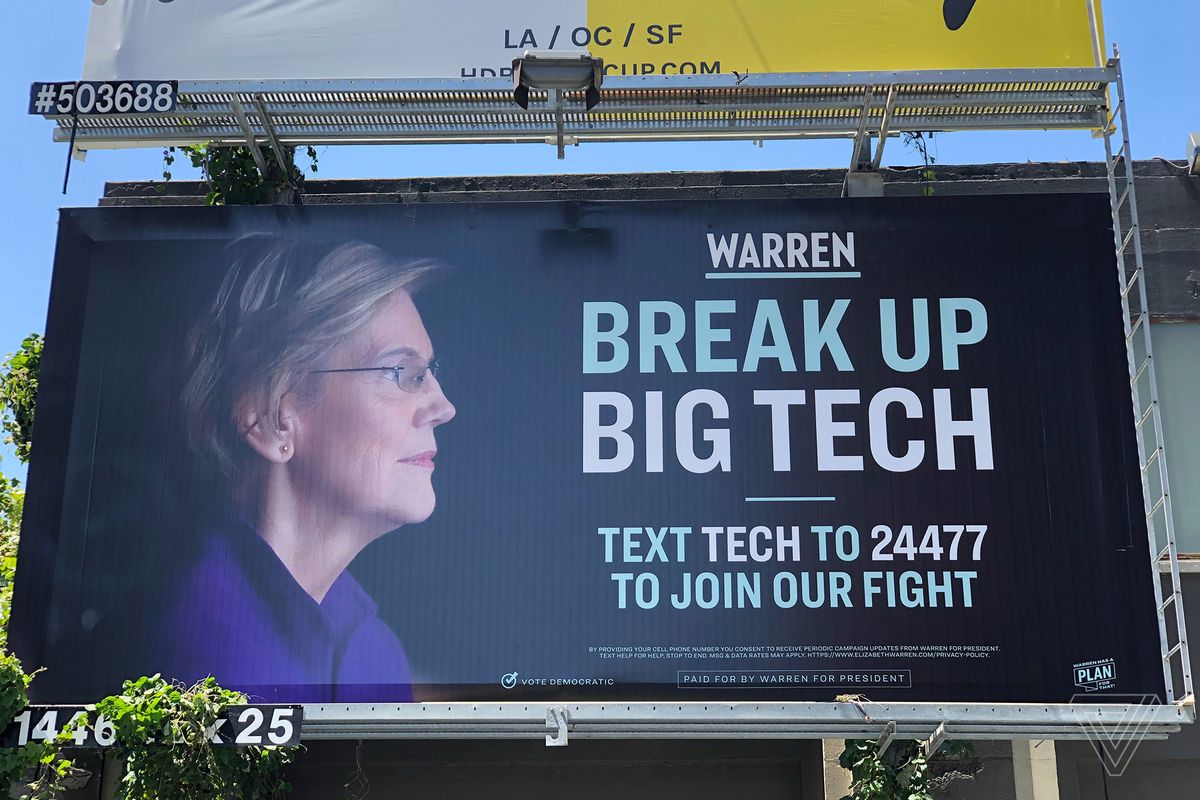 As these companies have grown larger and more powerful, they have used their resources and control over the way we use the Internet to squash small businesses and innovation, and substitute their own financial interests for the broader interests of the American people. To restore the balance of power in our democracy, to promote competition, and to ensure that the next generation of technology innovation is as vibrant as the last, it’s time to break up our biggest tech companies.

Many big tech companies own a marketplace — where buyers and sellers transact — while also participating on the marketplace. This can create a conflict of interest that undermines competition. Amazon crushes small companies by copying the goods they sell on the Amazon Marketplace and then selling its own branded version. Google allegedly snuffed out a competing small search engine by demoting its content on its search algorithm, and it has favored its own restaurant ratings over those of Yelp.

My administration would restore competition to the tech sector by taking two major steps:

First, by passing legislation that requires large tech platforms to be designated as “Platform Utilities” and broken apart from any participant on that platform.