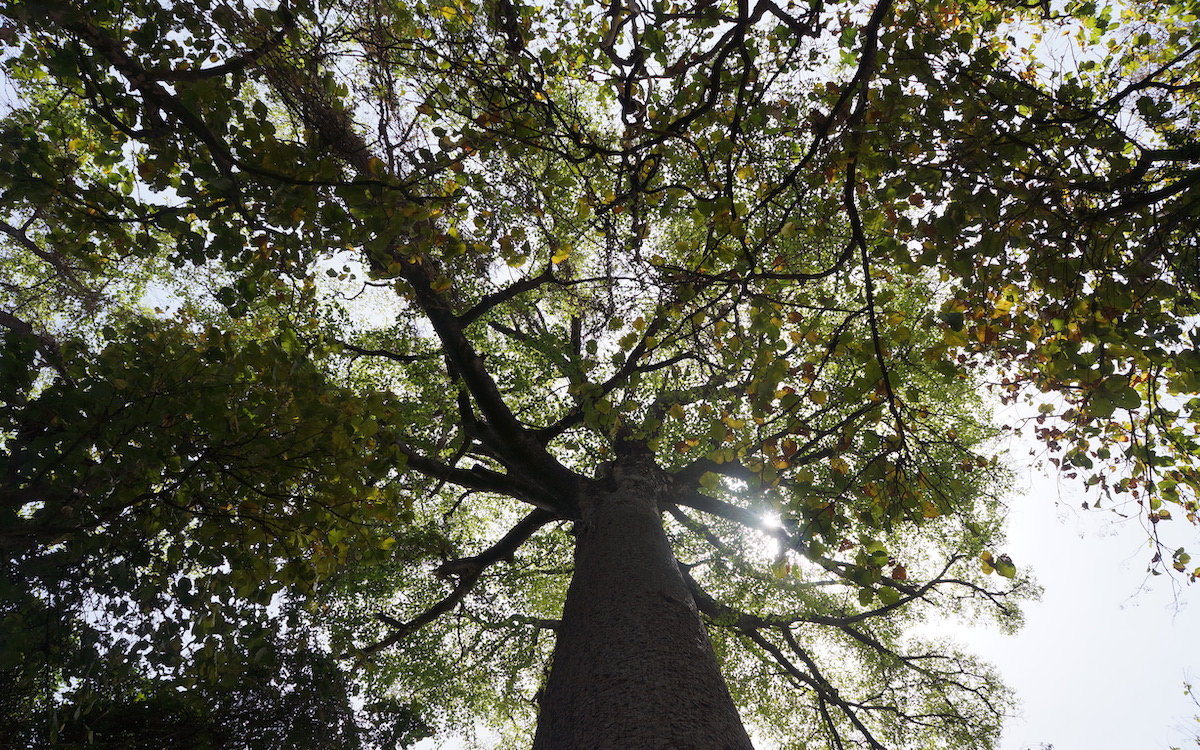 I’ve got a confession. Like a lot of people, I suffer from a mild version of what botanists call “tree blindness.” Sure, I can tell an oak from a gingko, but most of the hundreds of varieties of trees that grow here in Northern California remain, to me, just trees.

I couldn’t help but think about how we take trees for granted when I read about new research that found that planting a lot more of them could reduce climate pollution. Scientists examined areas around the globe where we could reforest and figured out that, even after you exclude agricultural and urban lands, we have room for another 1 trillion trees. For reference, the planet currently has about 3 trillion — which is only about half of what existed before human civilization. What’s more, adding back 1 trillion trees, it’s calculated, could capture up to 25% of global annual carbon emissions.

That’s important because in addition to slashing carbon emissions, we must find ways to remove and store the excess carbon that’s already in our atmosphere. Plenty of smart people are trying to develop economically feasible, scalable technologies to do just that, and we should all be (pardon the expression) rooting for them. Meanwhile, though, behold the tree, which has been efficiently accomplishing this task for millennia. All we have to do is stop destroying the ones we already have (which should be priority number one) and get seriously ambitious about planting new ones.

To be clear, reforestation alone won’t be enough to solve the climate crisis. It can, though, be one of our single most effective strategies, provided we do it responsibly (by avoiding monoculture forests, for example, and by scrupulously respecting the rights of indigenous people). In fact, whenever possible, reforestation should be part of a broader effort to restore whole ecosystems.

Like the trees themselves, reforestation is a solution that has been hiding in plain sight. There’s nothing technologically difficult about planting trees, but to be effective as part of a climate strategy it will require massive and multinational ambition. Unfortunately, although many countries around the world have begun reforestation efforts, even the most ambitious ones have a long, long way to go. According to the Trillion Tree Campaign, China is currently in the lead, with about 2.4 billion planted, and India’s not far behind, with 2.1 billion. The US? Currently in 10th place, with around 300 million trees planted. That’s progress, but the reality is that we have room for 1,000 billion trees, and we need them as soon as possible. Instead, we’re still losing billions of trees each year, including in some of the places where we need them most, such as the Amazon rainforest.

Once again, the real challenge of the climate crisis isn’t a lack of solutions. Whether it’s 1 trillion trees or 100% clean, renewable energy, the solutions are right in front of us. The question facing humanity is whether we are prepared to recognize and implement those solutions intelligently, equitably, and rapidly. What do I see when I look at a tree now? A marvel of nature, a reason for hope, and a call to action. SOURCE

One Thing You Can Do: Know Your Tree Facts

These countries are planting millions of trees to combat climate change and stop deforestation.