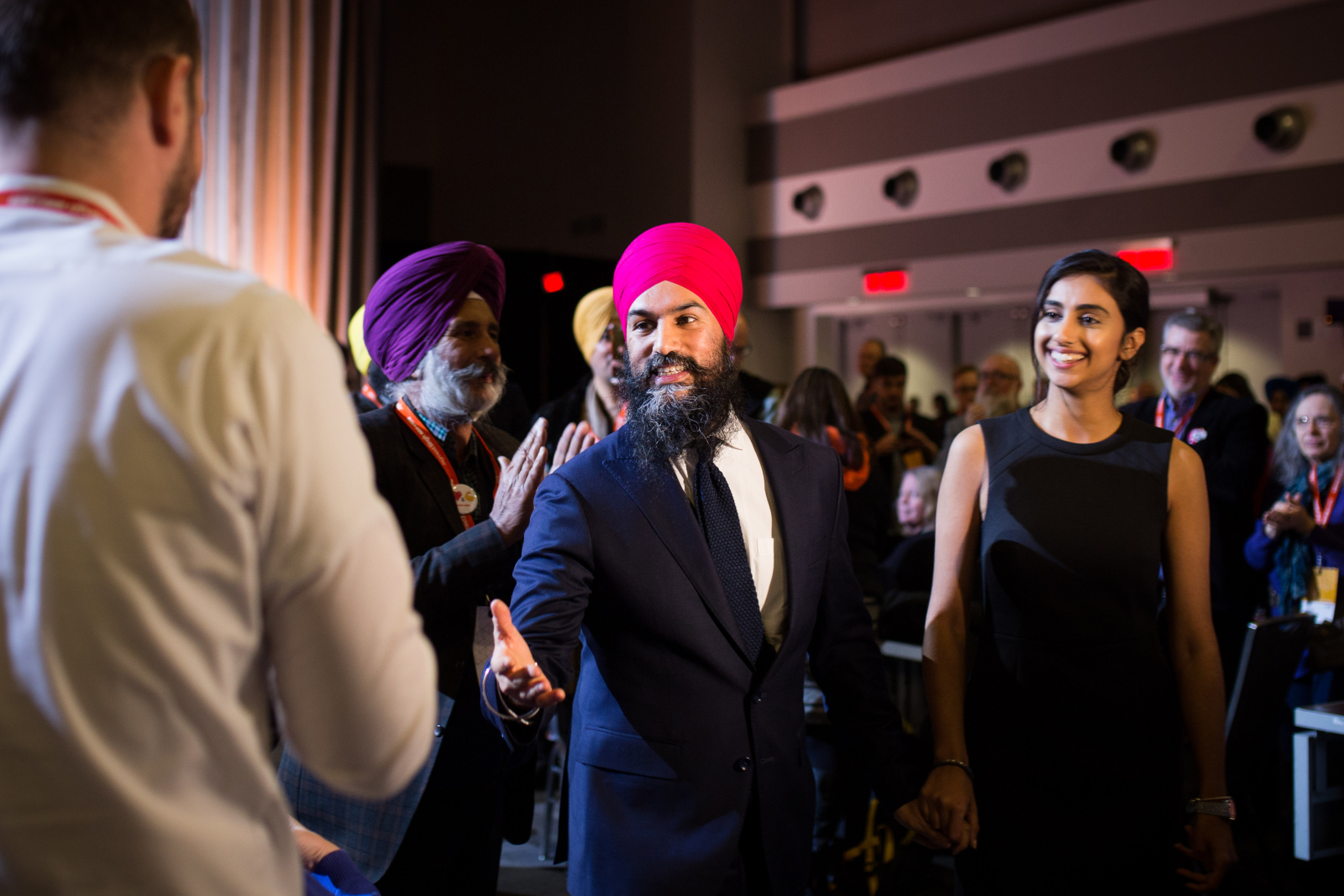 Jagmeet Singh reaches out to delegates as he leaves an NDP convention stage with Gurkiran Kaur on Feb. 17, 2018 in Ottawa. File photo by Alex Tétreault

Canada’s NDP has proposed a one per cent tax on wealth over $20 million as part of its election platform. The party doesn’t include much detail yet but estimates it could generate several billion dollars a year.

Pundits have been quick to pounce on a wealth tax as too extreme, difficult or costly. A National Post column last month asked: “What is the problem to which creating a wealth tax is a solution?”

Growing inequality is the problem.

The richest families in Canada are now more than 4,400 times wealthier than the average family, according to a study by the Canadian Centre for Policy Alternatives (CCPA).

This widening gap has gone hand-in-hand with declining social and economic mobility. The CCPA found that family dynasties are more likely to keep their money in the family than they were two decades ago thanks to light taxes and loopholes that primarily benefit the wealthy, while Statistics Canada recently reported that family income mobility has declined since the 1980s.

The idea of a wealth tax sparked more interest earlier this year after Democratic leadership contender and U.S. Sen. Elizabeth Warren proposed a two per cent tax on those with more than US$50 million in assets, with the rate rising to three per cent for fortunes over US$1 billion.

“The Ultra-Millionaire Tax” would target all assets, from closely held businesses to residences outside the country. Warren estimates it would bring in US$2.7 trillion over a decade ⁠— revenue she would use to reverse staggering inequality in the country through measures such as universal child care and free tuition at public colleges.

Rising disparity is a global problem, and it’s not just progressive politicians who are pointing out the need for increased taxes on wealth.

Both the International Monetary Fund (IMF) and the Organization for Economic Cooperation and Development (OECD) — hardly left-wing organizations — have highlighted growing inequality of wealth as a problem and suggested that countries increase taxes on wealth and capital.

Canadian dynasties richer than ever as wealth gap continues to widen: study