Steel pipe to be used in the oil pipeline construction of the Canadian government’s Trans Mountain expansion project lies at a stockpile site in Kamloops, British Columbia, June 18, 2019. REUTERS/Dennis Owen

This video outlines why  pipelines will not be allowed by the Wet’suwet’en People on their unceded territory. Hereditary Leaders from Across BC stand behind Wet’suwet’en and the assertion of their Traditional Laws.

The  Wet’suwet’en are reoccupying their land to assert their sovereignty.

The Trudeau government continues to talk about ‘the rule of law‘ while ignoring the traditional hereditary chiefs and indigenous law.

“In January 2019, Wet’suwet’en peoples were forcibly removed from the path of the [Coastal GAsLink] pipeline. This conflict showed the displacement of Indigenous law in two ways. The first was the displacement of traditional governance institutions with imposed Indian Act governance. The second was the imposition of a rights regime that excludes Indigenous modes of tenure and jurisdiction until they are proven in court through an Aboriginal title analysis.” 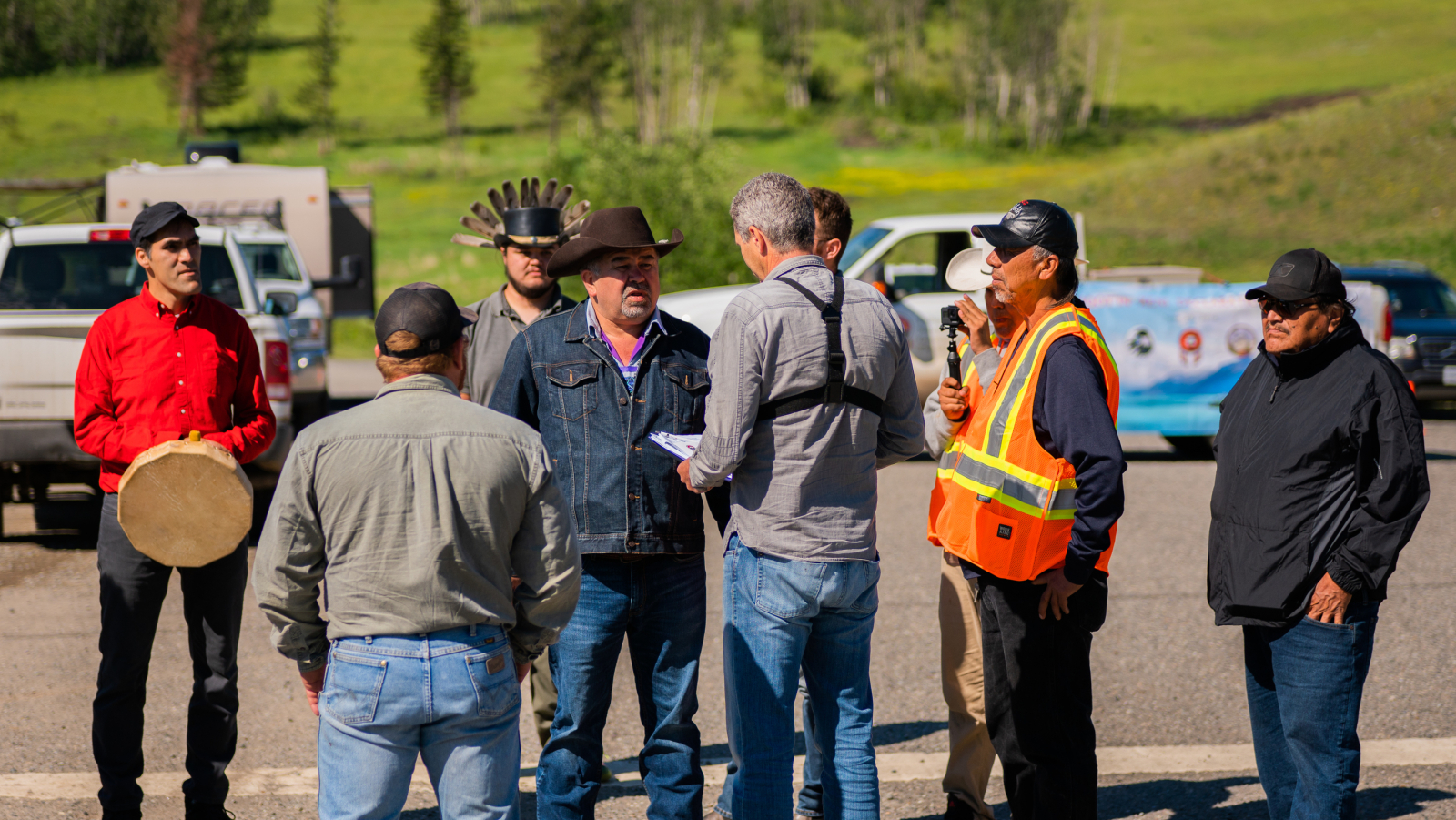 Members of the Tŝilhqot’in Nation held a peaceful protest against an exploratory drilling program that they say will have devastating effects on Teẑtan Biny (Fish Lake) and the surrounding area. Photo by Nolan Guichon