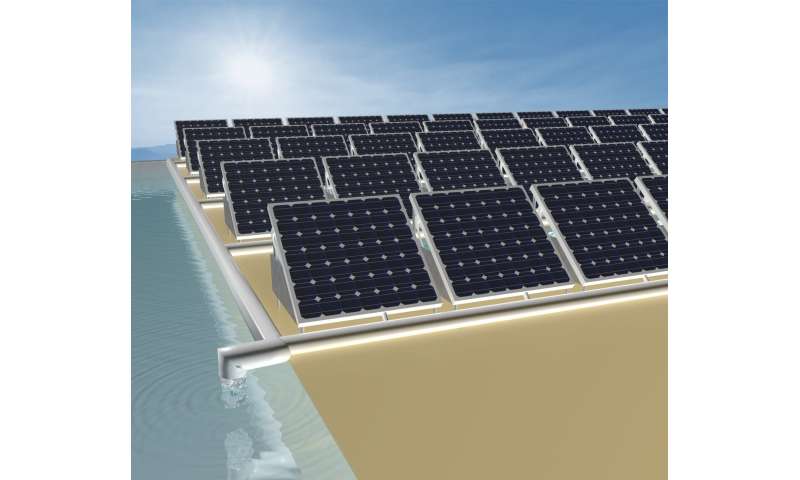 …Testing of the modified solar panels showed them capable of purifying ordinary saltwater and seawater. In addition to removing dirt and other particles, the distillation process also removes dangerous heavy metals. Testing also showed the modified panels were able to purify up to three times as much as conventional solar stills. The researchers note also that the additions below the solar panels did not reduce their efficiency—they were still approximately 11 percent efficient.

The researchers suggest their modified solar panels could be used in places where people have easy access to saltwater, such as the ocean, to provide clean drinking water. They further suggest that if future solar panels included distillation capabilities, it is possible that they could produce up to 10 percent of the water consumed in the world. MORE

Device could bring both solar power and clean water to millions