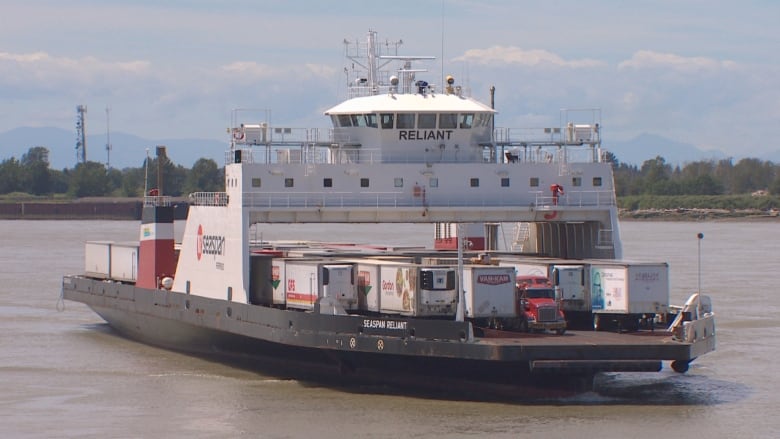 The Seaspan Reliant is one of two natural gas/electric hybrid ships working on the B.C. coast. (Chris Corday/CBC)

The river is running strong and currents are swirling as the 150-metre-long Seaspan Reliant slides gently into place against its steel loading ramp on the shores of B.C.’s silty Fraser River.

The crew hustles to tie up the ship, and then begins offloading dozens of transport trucks that have been brought over from Vancouver Island.

While it looks like many vessels working the B.C. coast, below decks, the ship is very different. The Reliant is a hybrid, partly powered by electricity, the seagoing equivalent of a Toyota Prius.

Down below decks, Sean Puchalski walks past a whirring internal combustion motor that can run on either diesel or natural gas. He opens the door to a gleaming white room full of electrical cables and equipment racks along the walls.

“As with many modes of transportation, we’re seeing electrification,” said Puchalski, who works with Corvus Energy, a Richmond, B.C. company that builds large battery systems for the marine industry.

In this case, the batteries are recharged by large engines burning natural gas.

“It’s definitely the way of the future,” said Puchalski. 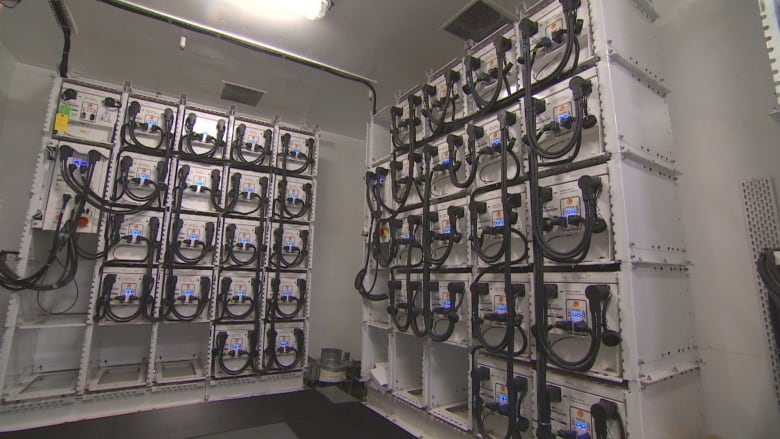 Corvus’s battery systems are specially designed for marine use, and must meet much tougher standards than batteries in automobiles. (Chris Corday/CBC)

The 10-year-old company’s battery system is now in use on 200 vessels around the world. Business has spiked recently, driven by the need to reduce emissions.

“When you’re building a new vessel, you want it to last for, say, 30 years. You don’t want to adopt a technology that’s on the margins in terms of obsolescence,” said Puchalski. “You want to build it to be future-proof.” MORE