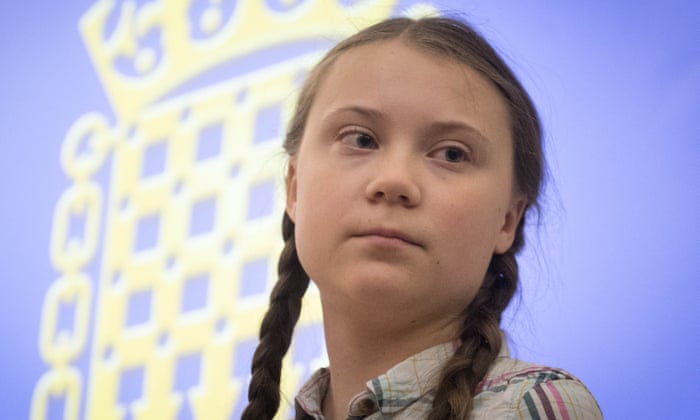 Greta Thunberg and other climate activists have said it is a badge of honour that the head of the world’s most powerful oil cartel believes their campaign may be the “greatest threat” to the fossil fuel industry.

The criticism of striking students by the trillion-dollar Organization of the Petroleum Exporting Countries (Opec) highlights the growing reputational concerns of oil companies as public protests intensify along with extreme weather.

Mohammed Barkindo, the secretary general of Opec, said there was a growing mass mobilisation of world opinion against oil, which was “beginning to … dictate policies and corporate decisions, including investment in the industry”.

He said the pressure was also being felt within the families of Opec officials because their own children “are asking us about their future because … they see their peers on the streets campaigning against this industry”.

Although he accused the campaigners of misleading people with unscientific arguments, the comments were welcomed by student and divestment campaigners as a sign the oil industry is worried it may be losing the battle for public opinion.

“Thank you! Our biggest compliment yet!” tweeted Thunberg, the 16-year-old Swedish initiator of the school student strike movement, which continues every Friday.

“Brilliant! Proof that we are having an impact and be sure that we will not stop,” said Holly Gillibrand, who was among the first students in the UK to join the global climate strikes.

Opec – which is made up of 14 countries with 80% of the world’s proven oil reserves – is planning to expand production, which is undermining efforts to slow global heating. The backlash is not just from students, Extinction Rebellion activists and climate scientists.

Insurance companies – which have the most to lose from storms, floods, fires and other extreme weather – are increasingly pulling investment from fossil fuel assets. The governor of the Bank of England has warned of growing climate risks to the financial sector.

Earlier this week, the London Stock Exchange reclassified oil and gas companies under a non-renewable energy category that effectively puts them on the wrong side of climate crisis. MORE