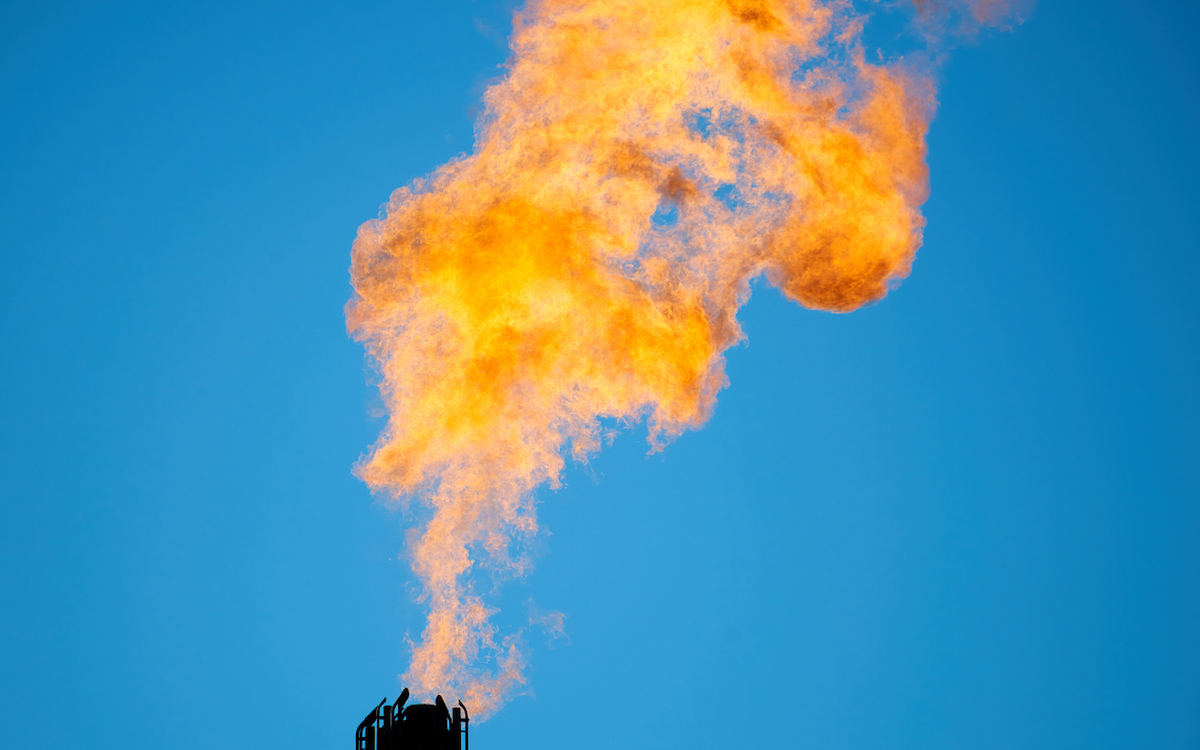 Everyone knows the telltale smell of a gas leak. Except, because fossil gas is almost odorless, the smell that alerts us to danger actually comes from an added compound (tert-Butylthiol).

Unfortunately, there’s no malodorous chemical to warn us about the dangers of relying on fossil gas as an energy source. Yet, as The New York Times reported last week, utilities have a decision to make as they replace polluting coal plants: adopt clean, renewable energy or build plants that burn fossil gas.

It’s crucial that they make the right choice. That’s why the second goal (after finishing the job of eliminating coal-fired power) that former New York City mayor Michael Bloomberg listed when he announced his $500 million Beyond Carbon initiative last month was this: “We will work to stop the construction of new gas plants.”

What makes it so important that we stop the so-called gas rush? After all, an unfortunate number of people (including some who know better), still claim that fossil gas “burns cleaner” than coal, as if that somehow makes it palatable. I’m sorry, but even if fossil gas were less polluting than coal (which it isn’t), saying that it “burns cleaner” is like insisting that a switchblade “kills quieter” than a machine gun. Either way, you’re still pumping daisies. Exactly how you ended up there is kind of beside the point.

Here’s where the stubborn reality of math kicks in: In order to prevent a worst-case-scenario climate disaster, we can’t afford to even use all of the fossil gas reserves that we already know about — much less find and extract new ones. What’s more, even if the entire world were to swear off coal right now, burning gas in its place would still leave us in a very bad place. Again, exactly how we got there will be beside the point.

Yet instead of backing away from disaster, fossil fuel companies (with shameful assistance from the Trump administration) actually want to frack more shale gas — and build the pipelines, power plants, and export terminals that go with it.

That’s far Beyond Foolish. But the kicker is that it’s not even necessary. It’s already more economical to use wind, solar, and storage instead of gas for large-scale power generation in many places, and that will soon be true everywhere. Already, cities like Los Angeles are stopping new gas plant construction in favor of renewable energy. So instead of investing in gas infrastructure that will be obsolete economically and technologically before the paint is dry, we need to be doing the opposite: developing a plan for replacing fossil gas everywhere in a way that’s both fast and fair — and by “fair” I mean it shouldn’t put any unjust economic burden on low-income and frontline communities.

Done right, the transition to an energy economy based on electricity from clean, renewable power will not only avoid a climate catastrophe but also bring about a healthier, more prosperous future. That’s the ultimate overarching goal of moving beyond carbon, and it’s why the Sierra Club and our allies are working hard every day to stop fracked gas. And when the valve on that last gas pipeline finally is closed? The only odor left will be the sweet smell of success. SOURCE

Shale oil and gas: Destroying capital one well at a time

Your Gas Stove Is Bad for You and the Planet

To help solve the climate crisis, we need to electrify everything.