Don’t buy the greenwash. Shell’s initiatives, which have won over many conservation groups, are dwarfed by its investment in oil and gas 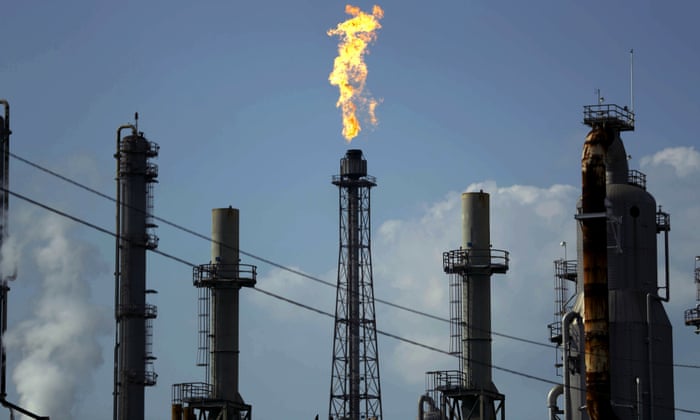 ‘Shell’s ‘cash engines’, according to its annual report, are oil and gas. There is no sign that it plans to turn the engines off.’ Photograph: Gregory Bull/AP

It is hard to believe it needs stating, but it does. The oil industry is not your friend. Whatever it might say about its ethical credentials, while it continues to invest in fossil fuels, it accelerates climate breakdown and the death of the habitable planet. You would think this point was obvious to everyone. But over the past few weeks, I have spoken to dozens of environmentalists who appear to believe that Shell is on their side. I’ve come to the bizarre conclusion that there is more awareness of the oil industry’s agenda within the arts than there is among conservation groups.

Two months ago, Shell announced a $300m fund for “investing in natural ecosystems” over the next three years. This, it claims, will help to “support the transition towards a low-carbon future”. By paying for reforestation, it intends to offset some of the greenhouse gases produced by its oil and gas extraction. In conversations with environmental campaigners from several parts of the world, I keep hearing the same theme: Shell is changing, Shell is sincere – so shouldn’t we support it?

The fund sounds big, and it is – until you compare it with Shell’s annual income of $24bn. Shell’s transition towards a low-carbon future is almost invisible in its annual report. Renewable energy doesn’t figure in its summary of financial results. When I checked with the company, it told me it had no discrete figure for its income from low-carbon technologies. Nor could it tell me how much it invested in them last year. But it did pour $25bn of investment into oil and gas in 2018, including exploration for new fossil fuel reserves in the deep waters of the Gulf of Mexico and off the coasts of Brazil and Mauritania. Among its assets are 1,400 mineral leases in Canada, where it makes synthetic crude oil from tar sands. Some transition. MORE