To care, you must be connected 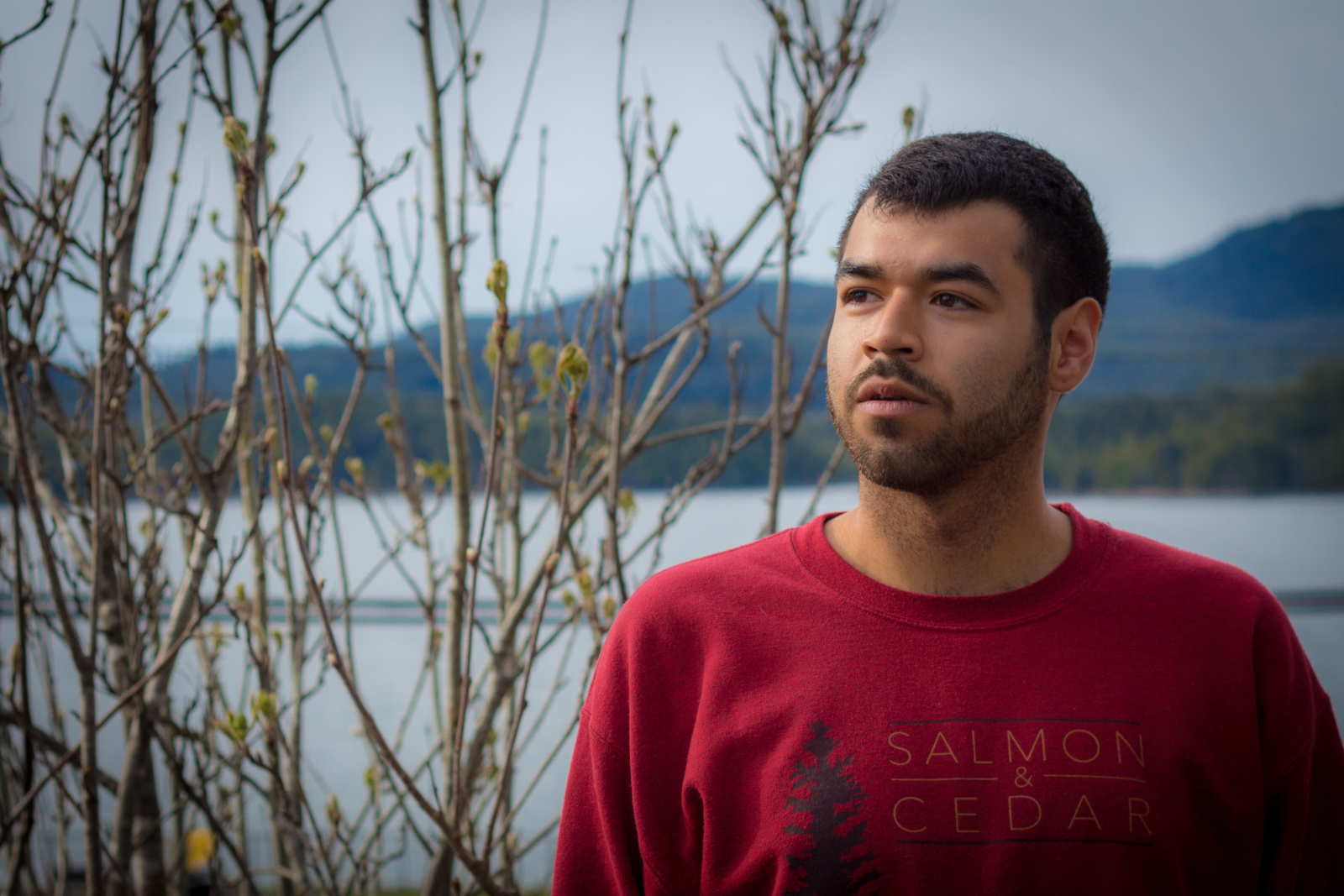 Jonas Prevost is worried about the younger generations’ addiction to technology. He said they think they’re connected through social media, but they’re often disconnected from everything around them. Photo by Emilee Gilpin

Twenty-four-year-old Jonas Prevost doesn’t own a cellphone. He has some social media accounts, but says he doesn’t use them, and he spends most of his time in the forests on Haida Gwaii.

He said if someone wants to get hold of him, they’ll have to just walk to his house in the village, see if his truck is in the driveway and knock on the door.

Prevost lives in Masset, one of two Haida communities on Haida Gwaii, located 100 kilometers west of the northern coast of British Columbia. About 800 people live in Masset.

Haida Gwaii is an isolated group of more than 200 islands, with a total landmass of about 10,000 square kilometres.

The Haida people have lived here for at least 14,000 years — probably longer.

Prevost works for the Council of the Haida Nation, doing “cultural feature identification surveys,” far from cell service, looking for medicinal plants, old village sites, canoe runs and collecting data, providing further evidence that his people have always been out on their territories, using “every last bit of it.”

“I don’t use Instagram, Facebook or all those things people have that make them stare at a screen for hours a day. Every day, I’m in the forest. We start our day with a coffee and safety briefing, then we’re out the door and don’t come back to the cabin till the day is done,” Prevost told National Observer in April.

“Everything you need is on your back. You can’t Google anything out there. If something goes wrong, you need to have the skills, self-reliance and confidence to be OK.”

Prevost is also an Indigenous guardian, which means he’s one of a number of people who monitor, survey, preserve and protect their homelands, upholding the stewardship responsibilities of their nation, and the governing structures that exist within their nation. While Canadians may be more familiar with the role of a park ranger or conservation officer, guardians are first and foremost accountable to their governing structures, ones that have mostly effectively managed and preserved lands and waters for thousands of years.

Indigenous guardians are on the front lines of a battle between unfettered development and sustainability. They strive to reconcile the differences between their own Indigenous laws, values and associated responsibilities, and the policies and practices of settler societies. MORE