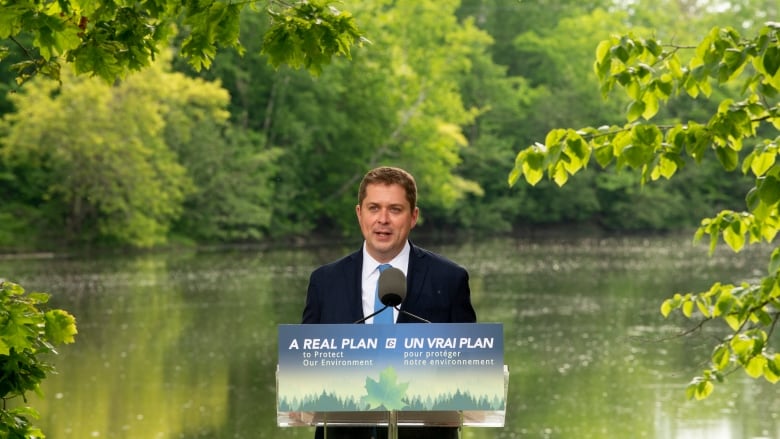 It is, without question, a handsome document — in full colour and featuring many large photos. There are many words in it. Some of them are in large fonts. Others are in italics.

But unfortunately, none of them explain at any point how much the federal Conservatives hope to reduce greenhouse gas emissions through this plan.

At page 6 of their climate platform, the Conservatives seem to embrace the international target Canada committed to in signing the Paris Accord.

At page 7, the Conservatives lament that Prime Minister Justin Trudeau’s current plan won’t reduce emissions enough to meet Canada’s international target for 2030 — a complaint that the Conservatives have loudly voiced in recent days.

The federal Conservative climate plan takes a page out of Doug Ford’s playbook: produce a paper that has no chance of meeting our climate obligations and then use it to sabotage climate solutions. Canadians are problem solvers, not problem deniers. Expect better. #onpoli #cdnpoli