The Trudeau government’s hypocrisy is breathtaking: declaring a climate emergency and within days  quickly approving the TransMountain pipeline expansion that will dramatically lock in a huge increase in emissions for years (if it is ever built).

Fear of further delays persist, despite another endorsement from Ottawa 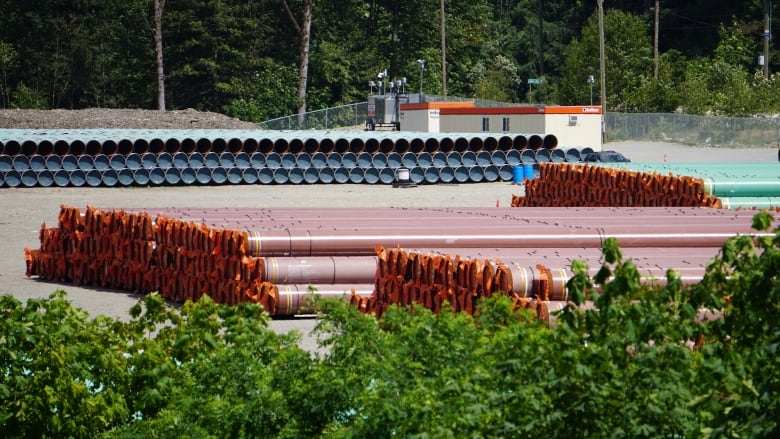 Hundreds of pipes are stacked at a storage yard for the Trans Mountain expansion project, near Hope, B.C. (Kyle Bakx/CBC)

After the Trans Mountain expansion project was approved the first time, Ray Zervini ordered extra inventory, hired more staff, and considered expanding store hours. Considering the sheer size of the multi-billion dollar project, he ramped up his business as the shop is listed as one of Trans Mountain’s preferred suppliers in the area.

“There’s just an enormous amount of opportunity for us to sell product for this project,” said Zervini, president of Canyon Cable in Hope, B.C.

Of course, construction never did begin in earnest after the federal government first approved the project in 2016. Many of those supplies, like specialized welding rods, are collecting dust on store shelves and Zervini has had to adjust work schedules for his employees. Store hours were never extended.

Speaking before the second approval of the pipeline by the federal government Tuesday, Zervini said the delays have been frustrating. Like many in the oilpatch, he’s anxious to see pipes put in the ground.

For an industry that’s felt like it’s been stuck in neutral, or worse, for several years now, Tuesday’s news was welcomed as a step forward — even for those who still see a long journey ahead for the industry’s recovery.

“The approval of the pipeline is a positive development,” said David Yager, an energy industry consultant and a former chairman of the Petroleum Services Association of Canada. 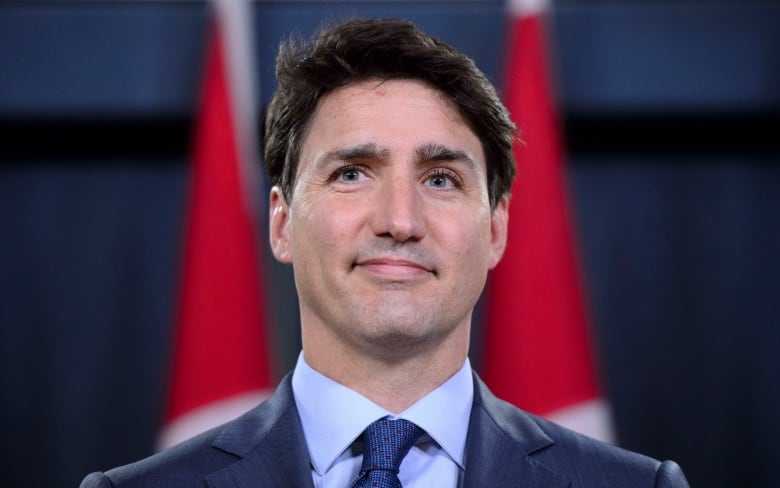 Prime Minister Justin Trudeau made a long-awaited announcement regarding the decision on the Trans Mountain Expansion Project on Tuesday. (Sean Kilpatrick/Canadian Press)

“I just don’t think people fully understand how deep the hole is that we’re trying to dig our way out of. It’s the first five rungs on a hundred-rung ladder.”

The project has been met with strong resistance from the B.C. government, environmental groups and some Indigenous communities along the route. Among their concerns are the increased tanker traffic, pipeline leaks and climate change.

How the Trudeau government responded to an oilpatch plan