Liberal, NDP, Bloc Quebecois and Green MPs all voted in favour of the motion 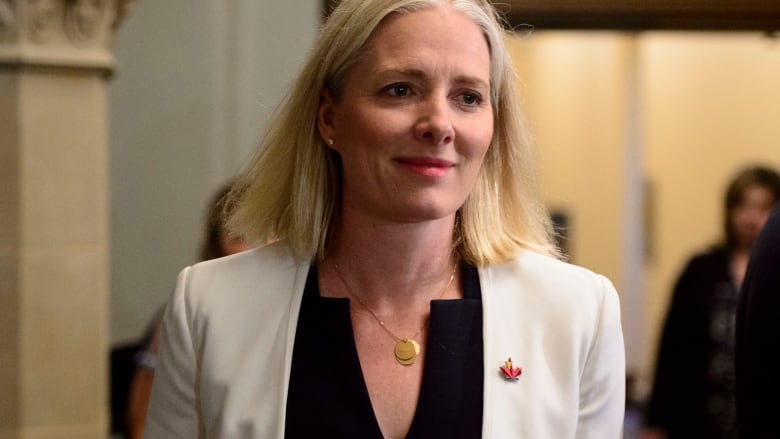 The House of Commons has passed a non-binding motion to declare a national climate emergency in Canada, kicking off a week that will test the Liberals’ promise to balance environmental protection with economic development.

The motion, put forward by Environment and Climate Change Minister Catherine McKenna, calls on the House to recognize that “climate change is a real and urgent crisis, driven by human activity” and to “declare that Canada is in a national climate emergency which requires, as a response, that Canada commit to meeting its national emissions target under the Paris Agreement and to making deeper reductions in line with the Agreement’s objective of holding global warming below two degrees Celsius and pursuing efforts to keep global warming below 1.5 degrees Celsius.”

It passed Monday night with 186 votes to 63. According to the House of Commons Procedure and Practice guide, a resolution of the House “is a declaration of opinion or purpose; it does not require that any action be taken, nor is it binding.”

Liberal, NDP, Bloc Quebecois and Green MPs all voted in favour of the motion, pitting themselves against the Conservatives and People’s Party of Canada Leader Maxime Bernier.

“If it is such an emergency, why is the prime minister jetting back and forth today from the Raptors parade, creating a big carbon footprint?” asked Conservative MP Michelle Rempel during debate.

Despite voting in favour of the motion, NDP MP Peter Julian rose in the House to call it “meaningless.”

“The Liberals are slapping each other on the back because they passed a motion that is meaningless. [On Tuesday] they are going to rubber-stamp the Trans Mountain pipeline, which will dramatically increase greenhouse gas production in the country. The hypocrisy is beyond belief,” he said. MORE