A five-point plan for mainstream media to cover fewer royal babies and more of our unfolding catastrophe. 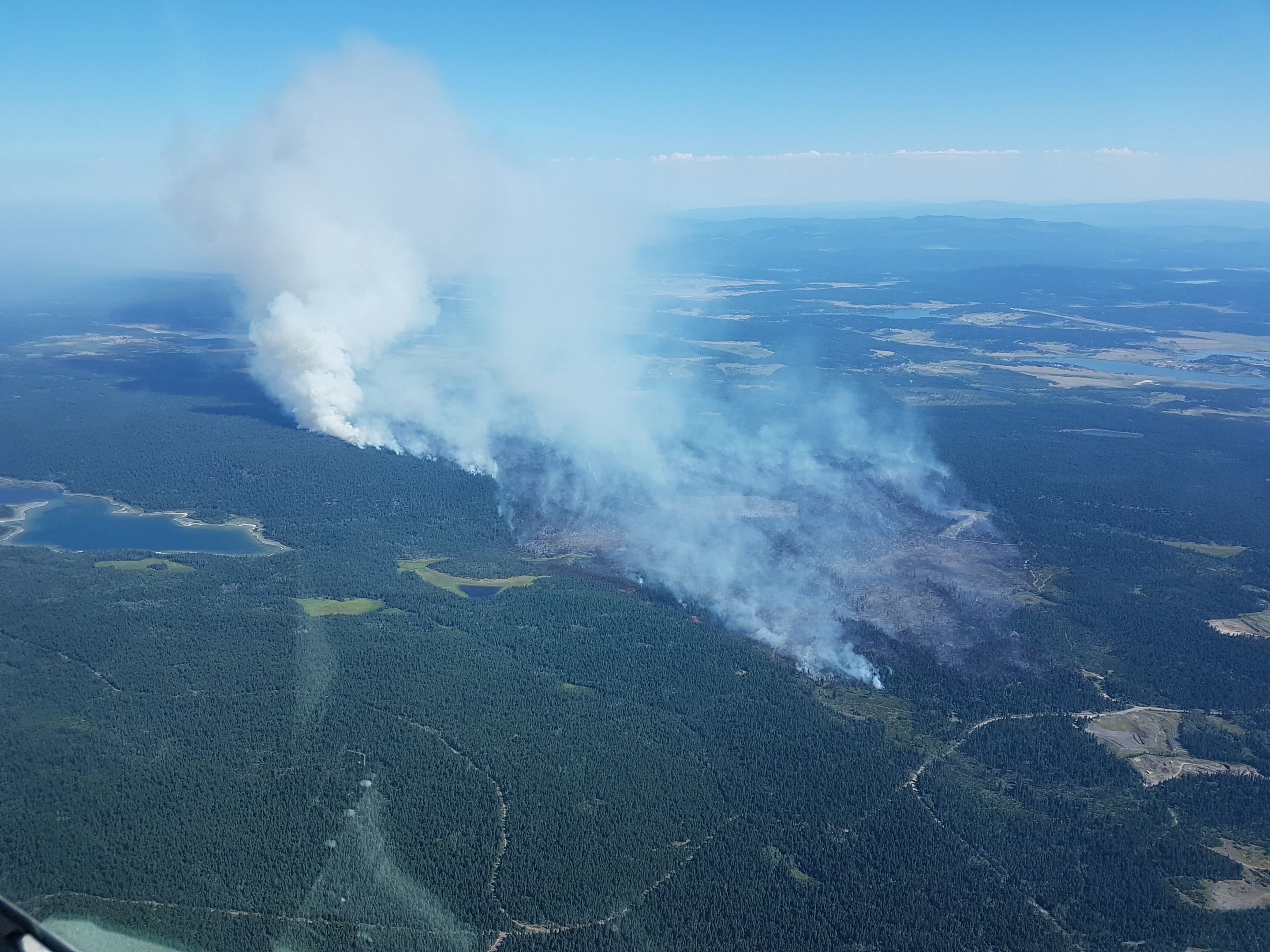 Few media stories mentioned the demonstrable connection between the climate crisis and increasing wildfire activity in BC last summer, even though it was one of the major reasons why that season was the worst on record. Photo via the BC Wildfire Service.

On May 6, the United Nations released a scientific report warning that around a million species are threatened with extinction due to human activity, including climate change. But, according to an analysis by Media Matters for America, on the day of that release, the nightly newscasts of ABC and NBC felt it was more important that their audiences learned about the birth of the newest royal baby — someone who will likely never have any say over their day-to-day lives. And I’ve found most of Canada’s 15 most-read English language daily broadsheets felt the same way.

Between May 6 and 7, 13 of those newspapers failed to front stories about the United Nations’ devastating finding. Instead, the National Post ran a story about the Duke and Duchess of Sussex’s son, with 10 others teasing that birth on their front pages. Eight of the teasers were placed above-the-fold, next to a photograph, or both — drawing reader attention to pictures of Harry, Meghan and their beaming well-wishers.

By comparison, six of the 13 newspapers ran front page teasers about the extinction report. Just one of those teasers was placed above the fold and none were accompanied by photographs. Only the Globe and Mail and the Toronto Star did more than that, fronting stories about that report. It turns out that most of the country’s other major broadsheets concluded that proof of a dying planet was less newsworthy than puffery about a newborn baby.

In reaching that conclusion, they provided yet another example of the mainstream Canadian news media’s repeated failure to apply basic journalism principles to the climate change crisis confronting us. The consequences of that failure could be catastrophic for our world, as well as our country, which is the fourth largest global producer of oil and one of the planet’s largest greenhouse gas emitters. And that’s why I’m calling on you, as a leader of an association representing Canadian journalists or news organizations, to support a five-point plan for covering that disaster and encourage your members to do the same.

In doing so, I want to be clear that I am not recommending journalists become activists. That isn’t our role, except when promoting and defending the rights and freedoms necessary for a functioning free press. However, we are responsible for ensuring Canadians have the information needed to make the rational and empathetic decisions that are supposed to underpin our political and economic systems, whether that’s at the ballot box or the checkout line. And we are further responsible for exposing public and private institutions when they are harming Canadians with their actions or inactions.

By that standard, the climate crisis should be the biggest story of our time. Due to government and corporate actions and inactions, we can expect a multitude of tribulations to be visited upon us. For example, by 2050, decreases in food availability caused by global warming could cause 529,000 additional deaths in that year alone. That warming could also cause as many as one billion people to flee their homes. And, in the United States, the cost of climate change could be US$35 billion per year.

However, in searching Canadian Newsstream — a database of 569 different English language Canadian news sources that includes a majority of the country’s newspapers, as well as CBC and CTV’s televised national evening newscasts — I have found our mainstream media too often does not reflect the scope and severity of that crisis in five important ways. In addition to failing to prominently place news about this story it has: MORE