This posting is part of a CBC News series entitled In Our Backyard, which looks at the effects climate change is having in Canada, from extreme weather events to how it’s reshaping our economy.

Both parties are presenting bold plans to rapidly reduce emissions, but it is still early days 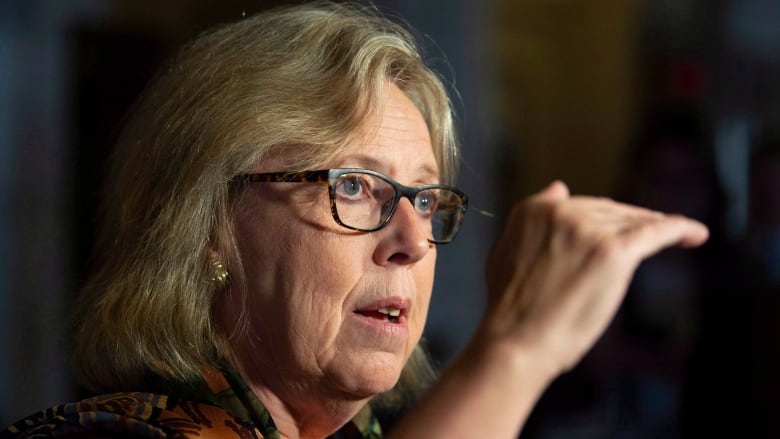 The NDP has struggled since Singh took over as leader, currently sitting around 15 per cent support. The Greens, meanwhile, have momentum.   (Adrian Wyld/Canadian Press)

The climate crisis will be a major issue in the upcoming election, and the NDP and Greens will be jousting to own the file.

Conservative leader Andrew Scheer, who has promised to scrap the carbon tax, probably won’t be the top choice for anyone who considers the environment a priority, and Prime Minister Justin Trudeau has alienated many progressive voters with his government’s carve-outs for industry and $4.5 billion purchase of the Trans Mountain pipeline.

With more than 80 per cent of Liberal, NDP, and Green voters saying climate is “top five” issue in the fall election, the Liberals’ weakness presents the NDP and Greens with an opportunity to tap climate-motivated voters. Both parties are presenting bold plans to rapidly reduce emissions, but NDP leader Jagmeet Singh has so far failed to gain traction, and the Greens will face heightened scrutiny as the election comes closer.

Where carbon pricing once dominated the policy discussion, it appears many centre-left voters in Canada — influenced by discussions catalyzed by the Green New Deal in the U.S. — have become more open to radical plans for public investment to drive the transition away from fossil fuels and create good-paying jobs.

The Liberals have held firm on carbon pricing, despite the parliamentary budget officer saying the tax would have to double to hit our Paris targets, but the NDP and Greens’ new plans are clearly inspired by what’s happening south of the border. The NDP’s “new deal for climate action and good jobs” pledges a 38 per cent cut in emissions, exceeding the Liberals’ 30 per cent, while the Greens’ “Mission Possible” commits to a much more ambitious 60 per cent reduction by 2030.

Both plans maintain carbon pricing, but they’re supplemented with programs that they say will create hundreds of thousands of jobs retrofitting homes, installing renewable energy, expanding public transit, and doing other work to reduce emissions. The NDP is a more natural party to push this vision because of its longstanding relationship with labour, but the Greens gain the upper hand politically. 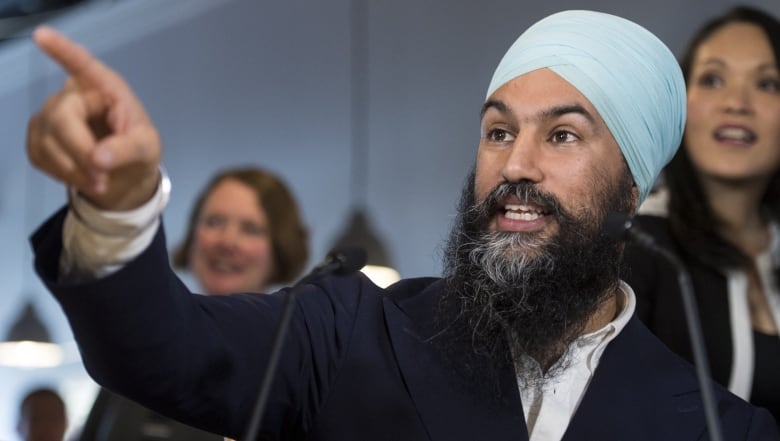 The NDP’s “new deal for climate action and good jobs” pledges a 38 per cent cut in emissions. (Jonathan Hayward/Canadian Press)

The NDP has struggled since Singh took over as leader, currently sitting around 15 per cent support (almost five points below its 2015 result), and his presence in Parliament hasn’t made much of a difference. Even though the NDP’s plan is impressive in its commitment to create 300,000 jobs, expand access to employment insurance, and invest in transit, trains, and rural buses, it’s unclear whether Singh can effectively sell these ambitious proposals to Canadians.

The Greens, meanwhile, have momentum. They’ve picked up seats in four provincial legislatures, a second federal seat, their poll numbers have risen to nearly 11 per cent, and leader Elizabeth May has the highest approval rating among her federal peers. However, this attention will come with scrutiny, and it’s not yet clear that their plan will hold up. MORE