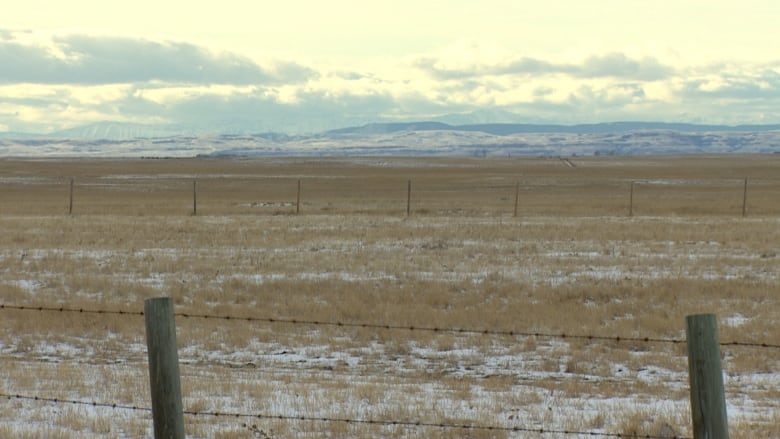 The Blood Tribe’s reserve is the largest in Canada, stretching 1,400 square kilometres across southern Alberta. It’s bigger than the cities of Vancouver, Calgary and Montreal combined. (CBC)

On Wednesday, a Federal Court judge ruled in favour of the Blood Tribe, finding that Canada shortchanged the band when the boundaries were drawn as part of 1877’s Treaty 7.

The reserve stretches 1,400 square kilometres across the southwestern Alberta prairie, from west of Lethbridge and south to Cardston.

Justice Russel Zinn considered evidence including century-old government reports and maps, handwritten letters and oral history from Indigenous elders. In 2016, Phase 1 of the trial began on the Blood Reserve with elders giving an oral history of the First Nation.

Although Zinn ruled the Blood Tribe should have been more than 160 square miles larger than its current size, he denied the band’s bid to have its boundaries include specific land “between the rivers to the mountains.”

That territory would have included everything from the St. Mary River in the east all the way to the Waterton River in the west, and south to the U.S. border.

Lawyers for the First Nation also argued the town of Cardston and part of Waterton Lakes National Park should be included in its territory, but that part of the claim was rejected by Zinn.

Zinn did find that the band did not get all of the land promised by Canada, which used a formula to calculate how much territory it should get based on population. The judge found the Blood Tribe had a bigger population than what the government suggested and was entitled to more land as a result.

In a 205-page written decision, Zinn ruled Canada was in breach of Treaty 7 and that the Blood Tribe was entitled to 710 square miles of land. The reserve is currently 547.5 square miles.

“Canada is liable to the Blood Tribe for this breach of treaty,” wrote Zinn.

A separate hearing will now be scheduled to address compensation for the First Nation. MORE