There is hope in the face of environmental crises. But we must all – farmers, citizens, politicians – embrace change 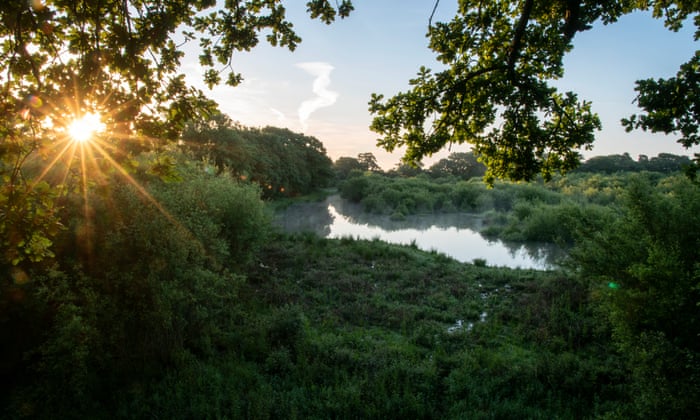 ‘Charlie Burrell and Isabella Tree at Knepp in West Sussex have turned a failing farm into a rewilded, ecological haven with loads of biodiversity.’ Photograph: Anthony Cullen/The Guardian

A new UN report is set to reveal that up to 1m species face extinction because of human actions. The loss of pollinating insects and other ecological disasters – from the destruction of flood-saving mangroves to air pollution – poses no less of a threat than climate change, according to the report by the Intergovernmental Science-Policy Platform on Biodiversity and Ecosystem Services (IPBES).

We are triggering a mass extinction event, and critically we cannot separate one environmental crisis from another. Biodiversity loss cannot be partitioned from climate change, or from human population growth or pollution or plastics in our oceans. These challenges are all interconnected. We face an ecology of environmental concerns, and if we continue to consider these problems in partitioned isolation, solutions will continue to emerge far too slowly.

The IPBES report reveals that 3.2 billion people are suffering from degraded soils. We cannot feed our planet’s growing population by destroying its soil. And soil erosion is also fuelling climate change because that earth contains three times more carbon than is in the atmosphere. Soil-destroying chemical farming means there are no insects or skylarks above our fields – and so we’re experiencing this tragic loss of biodiversity.

The connections between these crises make solutions seem all too dauntingly difficult. But in fact, a solution to one problem will inevitably make a positive impact on many others too. More than 28,000 people are dying because of polluted air each year in Britain and air pollution is linked to psychotic experiences and a reduction in educational achievement. It’s not rocket science: improving air quality in our cities by cutting polluting vehicles will bring a vast range of benefits to human health, and help tackle climate change too. That’s a simple binary example of the ecology of crisis.

George Monbiot advocates taking land out of meat production and rewilding it. This will boost biodiversity enormously but will also tackle global warming because those rewilded, rewetted lands will capture significantly more carbon. If these lands are also opened up for us to enjoy, our physical and mental health will flourish. Thus we repair the ecology of destruction.

It can be difficult to know what we can do as individuals – but at least we all possess an increasingly sophisticated understanding of how farming, consumption and energy-use impacts upon the planet, hence the growth of the vegan movement. Lifestyle changes are always worth doing, but seldom as simple as they seem. As I found during Veganuary, it wasn’t too difficult to go vegan but that didn’t automatically mean I was eating ethically or in an environmentally friendly way: some of my vegan food was over-packaged and filled with palm oil. 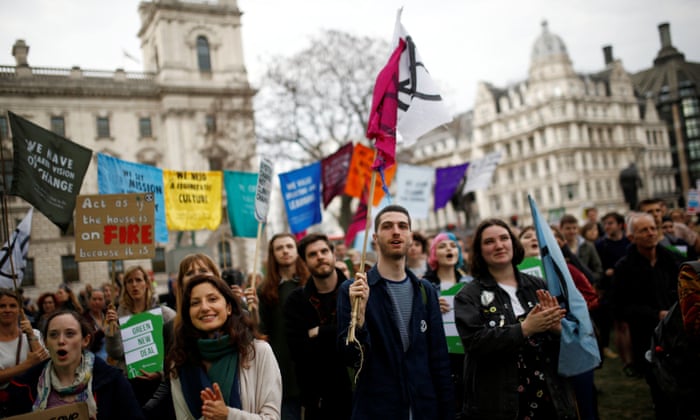 ‘The Extinction Rebellion protests made a difference to environmental debates in the House of Commons.’ Photograph: Henry Nicholls/Reuters

If I make a change, it’s me. If both of us do, it’s we. That’s how things grow. The youth climate strikes have been an incredible act of self-empowerment for that generation. I hope their confidence will grow and grow. At the moment they are campaigning about the climate; I hope that next they’ll be campaigning about how they can’t hear any birds singing. MORE