‘No credible evidence’ to suggest Asia will be a reliable market for bitumen, David Anderson says 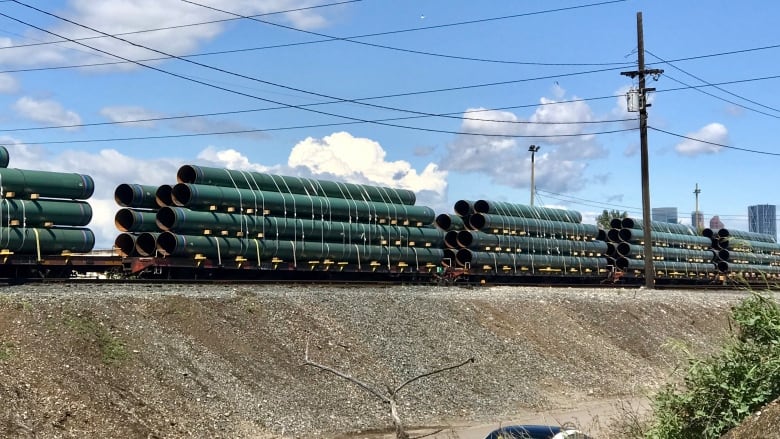 The federal cabinet is expected to announce its decision on the expansion of the Trans Mountain pipeline by Tuesday. (John Gibson/CBC)

A former Liberal environment minister is urging Prime Minister Justin Trudeau’s cabinet to reject the Trans Mountain pipeline expansion, arguing there is no economic basis for the project.

David Anderson, who served 10 years in the cabinets of prime ministers Jean Chretien and Paul Martin, sent letters to six members of Trudeau’s cabinet this week asking them to dismiss the pipeline proposal.

“There is no credible evidence to suggest that Asia is likely to be a reliable or a significant market for Alberta bitumen,” Anderson wrote in the letter dated June 11.

Cabinet is expected to announce its decision on the expansion of the Alberta-to-B.C. pipeline by Tuesday. Given Trudeau’s government bought the pipeline and expansion project for $4.5 billion, it’s widely anticipated to give it the green light.

Anderson holds a law degree and served eight of his 10 years in cabinet as the senior federal minister for British Columbia. While he was environment minister in 2002, Canada ratified the Kyoto Protocol on Climate Change. He is now an honorary director of West Coast Environmental Law and has previously spoken out against the Trans Mountain project.

His letter doesn’t focus on the climate and environmental impacts of the expansion. Instead, he took aim at the economic argument for the project, which he described as the “perceived need for a pipeline connection with tidewater in order to sell Alberta bitumen in Asian markets, where, so it is claimed, it would find new purchasers.” 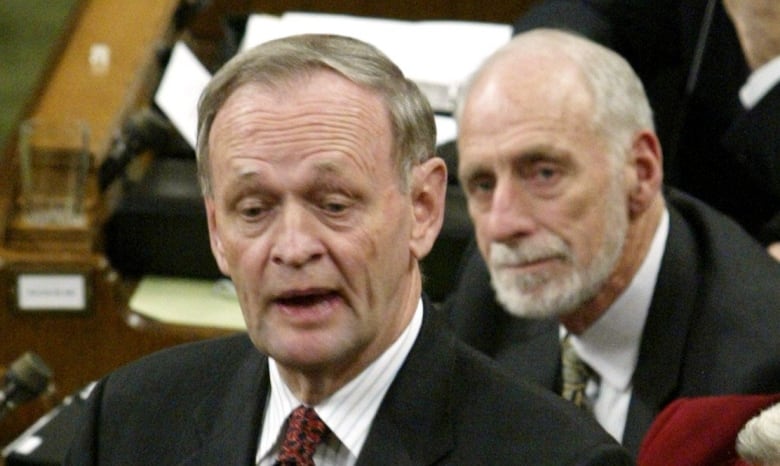 David Anderson is pictured behind then-Prime Minister Jean Chretien in the House of Commons on Nov. 6, 2003. (Tom Hanson/Canadian Press)

“With respect, you and other government ministers have yet to provide evidence in support of that hope,” he wrote.

Anderson wrote that Asian refineries have better supply options than Alberta. Compared with conventional light and medium crude oil from Nigeria and the Middle East, Alberta bitumen is expensive to produce, hard to handle and provides no security of supply advantages, he said.

Further, he said despite access to tidewater through unused pipeline capacity in the existing system and through American Gulf of Mexico ports, Alberta’s bitumen has not found or developed any significant offshore market in Asia or anywhere else. MORE