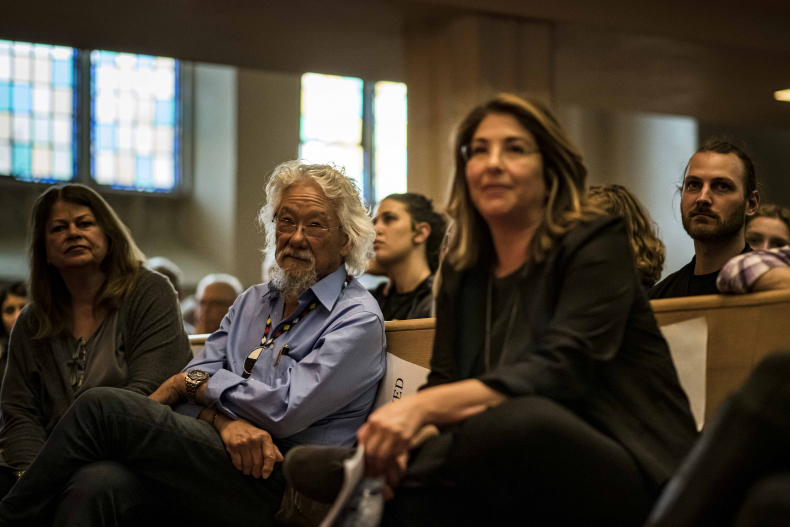 David Suzuki and Naomi Klein discussed a Green New Deal for Canada at the Bloor Street United Church in Toronto on June 11, 2019. Photo by Chris Katsarov

The Canadian version [of the Green New Deal] is adding more emphasis on the inclusion of Indigenous practices.

The Green New Deal “must be based on Indigenous knowledge and science and cut Canada’s emissions in half in 11 years,” according to the Council of Canadians, one of many partnering groups. 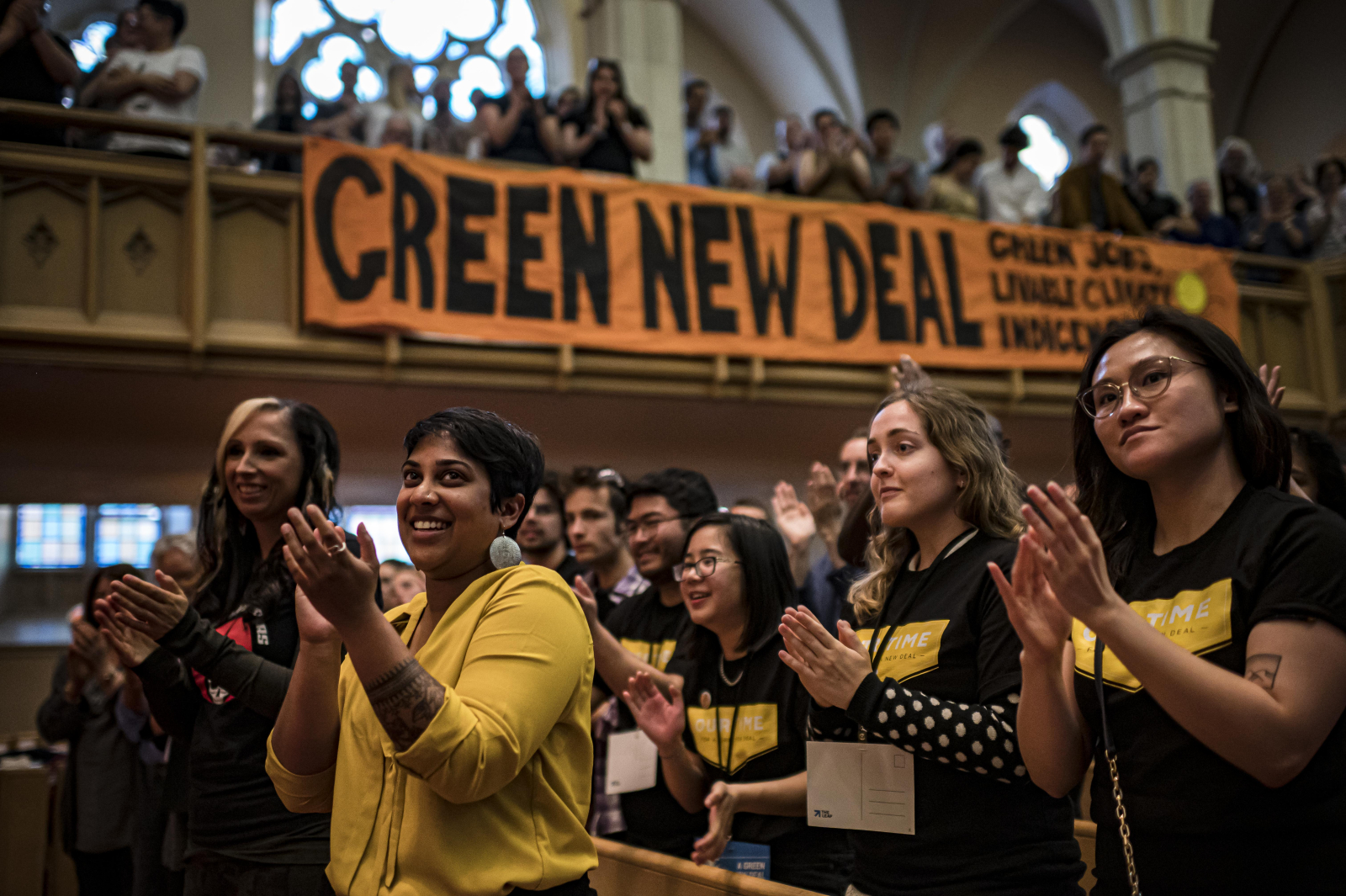 Pam Palmater, Maria Menezes, and supporters of the Our Time organization listen during the Green New Deal town hall at Bloor Street United Church in Toronto on June 11, 2019. Photo by Chris Katsarov

The United Nations Declaration on the Rights of Indigenous Peoples (UNDRIP) has not been implemented in Canada, which defines Indigenous rights and grants free prior informed consent to the policies that affect them, such as climate change and natural resource development.

On June 11, the Standing Senate Committee on Aboriginal Peoples passed Bill C-262 to implement UNDRIP in Canada. It is not yet federal law. Conservative senators objected over fears about its potential impact on resource development and have been accused of stalling. If the bill is not made federal law by the end of the month, new legislation will have to be tabled.

The Green New Deal attempts to align the principles of UNDRIP and traditional Indigenous knowledge with scientific inquiry.

Wanda Whitebird, an elder of the Mi’kmaq Nation from Afton, N.S., welcomed the crowd of a few hundred to the inaugural town hall in Toronto.

Large banners calling for 100 per cent renewable energy and the recognition of Indigenous rights were draped from the second floor of the church. From the front pews to the back, attendees chanted for “climate justice.” MORE

Senate committee passes UNDRIP bill, but not without push-back