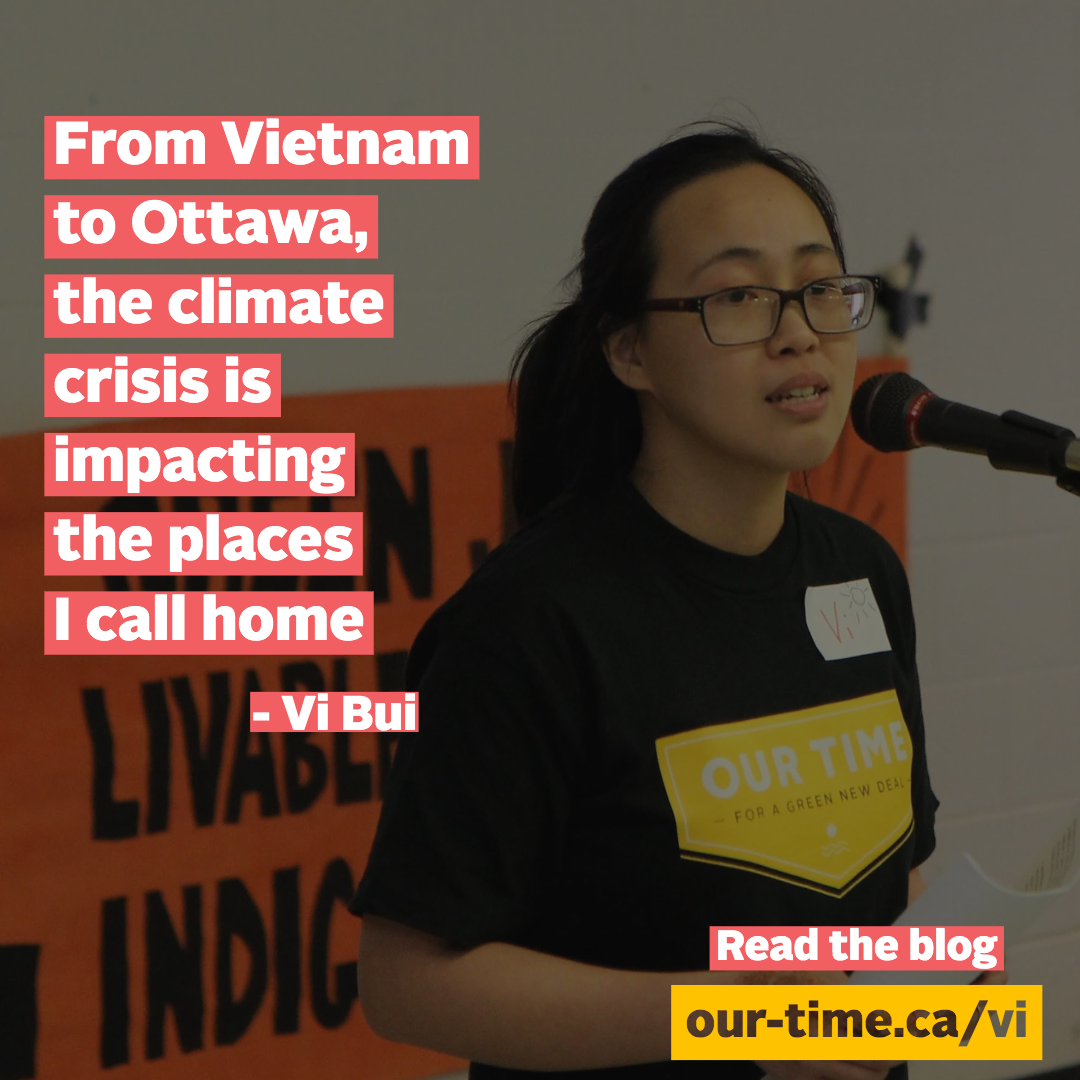 On Monday, the leadership of the CBC rejected using the term “crisis” to describe climate change. Their head honcho’s reasoning? Apparently words like crisis and emergency might “sort of imply, you know, something more serious” is happening.

When I read it, I couldn’t help but wonder — has this CBC director actually been following the news?

Earlier this year, where I live in Ottawa, we faced “100 year floods” for the second time in three years. At the same time in Vietnam, the country where I grew up, record breaking summer heat filled up hospitals across the country. Children and elders were treated for heat stroke in record numbers, and tens of thousands of others had to work through the extreme conditions.

When the Ottawa river started to swell, I was there filling sandbags. Thousands of people from all across Ottawa joined in to help their neighbours in need. And, while it was a beautiful moment of solidarity and community, it’s also the sort of thing that happens in a crisis.

The IPCC report released last fall gave us 12 years to cut global emissions in half to avoid the worst impacts of the climate crisis. To do that, we’re going to need an emergency level response like a Green New Deal. But, knowledge is power, and to win we need to make sure that people across the country know that climate change is a clear and present danger. That means our public broadcaster can’t shy away from calling climate change what it is – a crisis.