For decades, news outlets chose not to report on Indigenous issues. Where were the investigative exposes on the Cecilia Jeffrey Indian Residential School in Kenora while children were medically experimented on? Or the special projects on the pedophiles praying on the children of St. Anne’s Indian Residential School or on Ralph Rowe, the flying Anglican priest believed to have sexually abused hundreds of First Nations boys?

There are exceptions of course. I [Tanya Talaga] have, since January 2019, been paid to cover Indigenous issues as a columnist for the Star. I’m not alone in the Canadian media landscape. But we are few.

The inquiry did not mince words in calling out the media. The commissioners found that media has not accurately portrayed Indigenous women and girls and 2SLGBTQQIA (two-spirit, lesbian, gay, bisexual, transgender, queer, questioning, intersex and asexual) people, too often reinforcing negative stereotypes, perpetuating racism, sexism, homophobia, transphobia, misogyny — perpetuating the notion that Indigenous peoples are “less-than.”

But rather than listen, rather than take this opportunity for sober self-reflection, the media, on cue, proved the commissioners’ point.

Most major Canadian media organizations quickly published pieces dismissing the genocide finding, while mostly ignoring everything else in the 1,200-page report based on the testimonies of some 2,300 families, survivors and experts.

Wouldn’t it be better for those being accused of complicity in a Canadian tragedy to listen and consider rather than rushing to engage in precisely the sort of behaviour the report says is so dangerous?

In any case, surely something is wrong when so many expend so much more energy defending colonialism against the “genocide” allegation than grappling in good faith with the cruel consequences the commissioners chronicle or their 231 recommendations for redressing those consequences.

Maybe it’s no wonder. For the past 150 years this country has taught its children — its future police officers, politicians, doctors and editors — to look away from Canada’s true history, to avert their eyes to the “Indian problem” or to treat it as a problem of Indigenous peoples’ own making. MORE

In Prince Edward County we  are still recovering from flooding as waves nibble at our shoreline. The County’s soon to be formed Environmental Committee will have its work cut out for it as it will be forced to reexamine past policies, revise them,and set out a vision for a new, local, and sustainable green economy . There is no doubt that  climate change will be a ballot box issue.

Voters have long been unmoved by scientists’ dire climate predictions, but fires, floods and other catastrophic weather events might cause a shift. 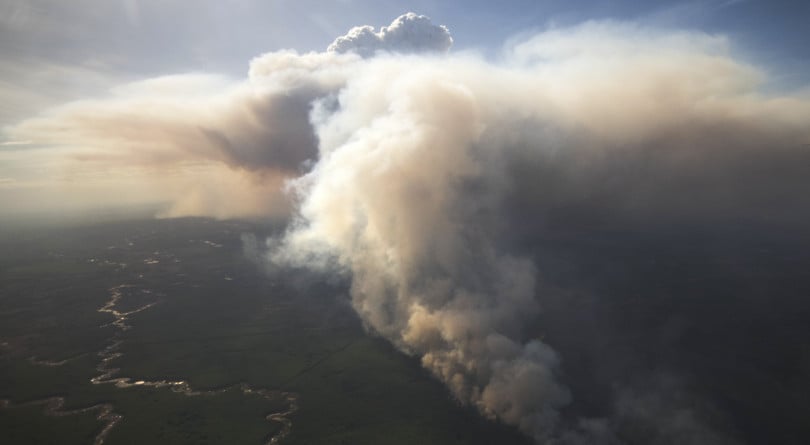 A fire burns near High Level, Alta., in May 2019, forcing thousands from their homes (Chris Schwarz/Government of Alberta/CP)

Back in the spring of 2016, when images of a voracious forest fire menacing Fort McMurray, Alta., were dominating the news, reporters asked Prime Minister Justin Trudeau if climate change was to blame. As the unofficial capital of Alberta’s oil sands, Fort McMurray figures prominently in the bitter debate over fossil fuels and global warming, so Trudeau responded carefully. “It’s well-known that one of the consequences of climate change will be a greater prevalence of extreme weather events around the planet,” he allowed, before quickly adding, “Pointing at any one incident and saying, ‘This is because of that’ is neither helpful nor entirely accurate.”

Trudeau drew criticism from some who thought he had missed a chance to highlight the heavy price humanity is already paying for making the planet hotter and drier. But his answer was a pretty standard political dodge at the time. Even Green Party Leader Elizabeth May said “no credible climate scientist” would draw a neat cause-and-effect link between climate change and the Fort Mac fire. Then-NDP leader Thomas Mulcair said, “It’s not time to start laying blame.”

A lot has changed, though, in the past three years. During severe flooding in Eastern Canada this spring, for instance, Trudeau didn’t hesitate to raise the alarm about climate change. “Canadians are already seeing the costs,” he said.

READ: Bill McKibben on how we might avert climate change suicide

Other Liberals were even more outspoken. “Yes, climate change is real,” said MP Will Amos, whose Quebec riding, on the Ottawa River, was hit badly by the floods. “Yes, it is wreaking havoc on our infrastructure.” Public Safety Minister Ralph Goodale, the senior voice from Western Canada in Trudeau’s cabinet, linked global warming to the floods, as well as fires on Prairie grasslands and in boreal forests. Goodale said he didn’t want to get into a partisan argument, but stressed, “I think we all have to learn the lessons of climate change—the impacts here are powerful and dangerous and damaging.”

The shift from pussyfooting around how climate change leads to more extreme weather events to talking about it so forcefully hasn’t happened by chance. It’s the result of a concerted effort by researchers to create a new field called “attribution science.” The challenge they faced was that climate is so complicated that teasing out a single cause for, say, a flood or a fire is impossible. So they devised methods for calculating how much climate change had contributed. The watershed report was published by researchers from the University of Oxford in 2004, explaining how global warming caused by humans had at least doubled the risk of the heat wave that baked Europe the previous year.

Since that landmark study, attribution science has taken off, including in Canada. The federal government’s “Canada’s Changing Climate Report,” released early this year, listed 14 Canadian attribution studies published from 2015-17, on everything from forest fires, to flooding, to thinning Arctic sea ice.

In a widely noted report, Environment Canada researchers analyzed the awful 2017 forest fire season in British Columbia, when 65,000 were driven from their homes and millions left breathing smoke-filled air. They concluded that the extreme summer temperatures behind those fires were made more than 20 times more likely by human-caused climate change.  MORE

‘It is our job to ensure the protection of lands and waters for our future generations’: Chief Ross Perley 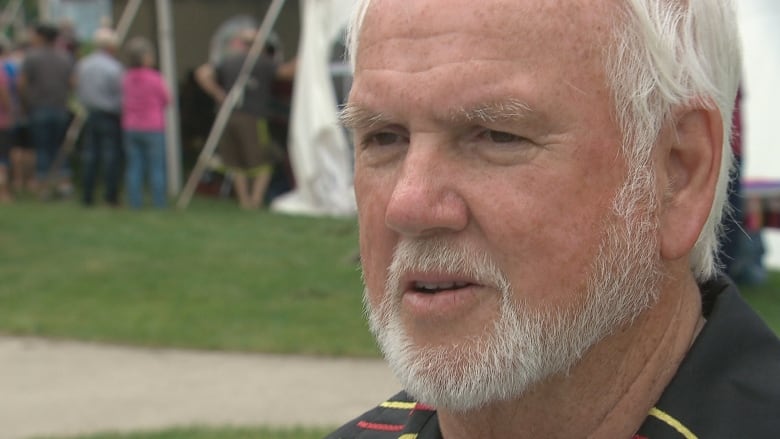 Assembly of First Nations Regional Chief Roger Augustine says ‘the blueprint’ for government to consult Indigenous groups is there. (Radio-Canada)

Top Indigenous leaders are warning that the Higgs government has made “a serious mistake” on shale gas that may reignite protests like those seen in the Rexton area in 2013.

They say the province’s duty to consult Indigenous people is clearly defined, and the government should have known how to proceed as it tries to restart the industry in one part of the province.

“It’s not as if this is all new,” said Roger Augustine, the regional chief for the Assembly of First Nations in New Brunswick and Prince Edward Island. “The blueprint is there.”

“There’s a lot of case law,” said Chief George Ginnish of Natoaganeg First Nation. “There are actual court cases. … If he needs clarity, we’ll certainly provide clarity if that’s what he needs.”

“When a reckless voice speaks out, be it the premier or the prime minister, they should realize what could happen, what it causes in communities,” he said. “Once we’ve got outrage out there, and we’ve got roadblocks, we’ve got cars burned.”

He was referring to anti-shale gas protests near Elsipogtog First Nation in 2013 that saw violent confrontations between protestors and police. MORE 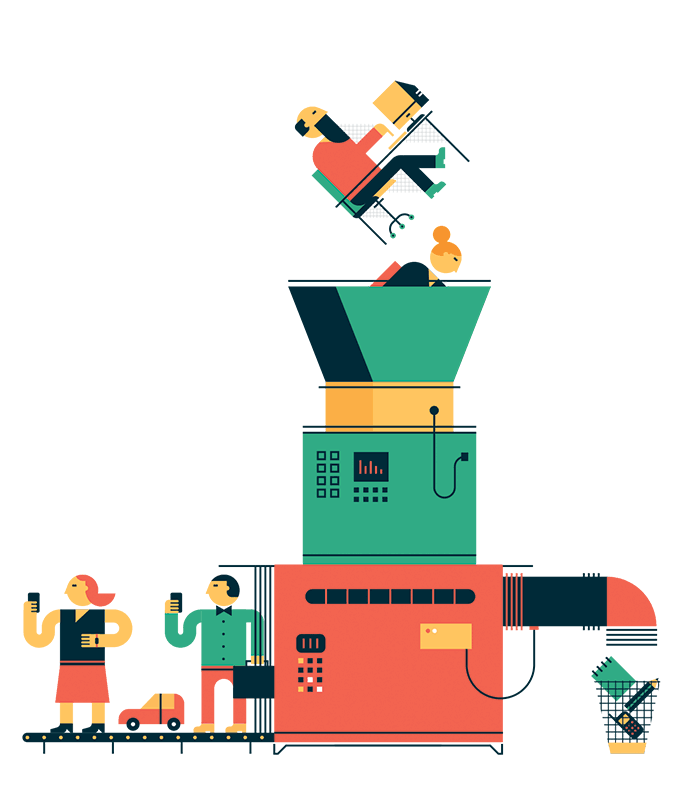 OTTAWA — A cross-party committee of MPs says it’s time for the government to take a deeper look at a guaranteed minimum income to help workers caught in the tectonic shifts of the “gig economy.”

The MPs’ report on declines in traditional, full-time employment in favour of short-term contract work says the government needs to explore new types of income supports “that do not depend upon someone having a job.”

To that end, the committee calls on federal officials to review a minimum-income program, which is typically a no-strings-attached government payment to every citizen that replaces an assortment of targeted benefits, as an option to help those between gigs who fall through the existing social safety net.

The report calls for a revamp of the employment-insurance system to widen that net, reducing the minimum number of hours someone must work before qualifying for benefits, boosting payments to low-wage workers, and reconsidering the benefits available to self-employed workers. It also calls on the government to modernize federal labour regulations.

MPs on the committee nod to some recent federal efforts, such as a soon-to-be-launched tax credit for individuals to offset the cost of work-training courses.

But here, too, the committee urges the government to pay close attention to the design of the Canada Training Benefit to make sure it is accessible to low-wage, part-time or self-employed workers and to make every effort to ensure they use the program. MORE 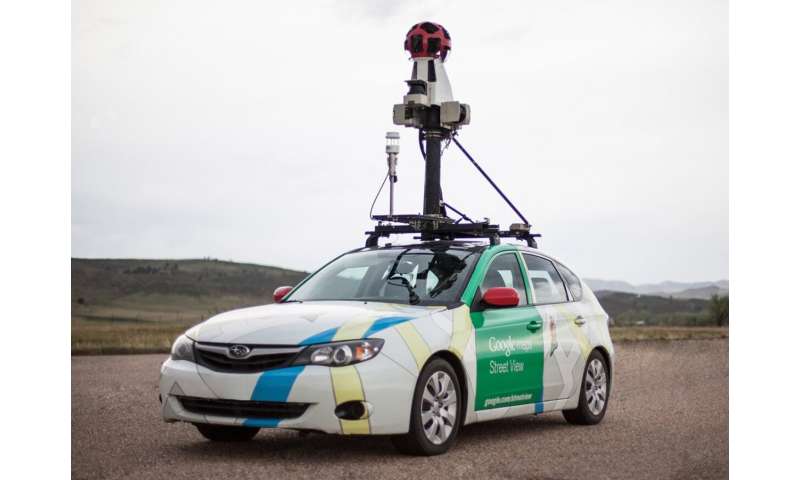 Emissions of methane from the industrial sector have been vastly underestimated, researchers from Cornell and Environmental Defense Fund have found.

Using a Google Street View car equipped with a high-precision methane sensor, the researchers discovered that methane emissions from ammonia fertilizer plants were 100 times higher than the fertilizer industry’s self-reported estimate. They also were substantially higher than the Environmental Protection Agency (EPA) estimate for all industrial processes in the United States.

“We took one small industry that most people have never heard of and found that its methane emissions were three times higher than the EPA assumed was emitted by all industrial production in the United States,” said John Albertson, co-author and professor of civil and environmental engineering. “It shows us that there’s a huge gap between a priori estimates and real-world measurements.”

The researchers’ findings are reported in “Estimation of Methane Emissions From the U.S. Ammonia Fertilizer Industry Using a Mobile Sensing Approach,” published May 28 in Elementa. The work was funded in part by a grant from the Atkinson Center for a Sustainable Future’s joint research program with EDF.

The use of natural gas has grown in recent years, bolstered by improved efficiency in shale gas extraction and the perception that natural gas is a less dirty fossil fuel.

“But natural gas is largely methane, which molecule-per-molecule has a stronger global warming potential than carbon dioxide,” Albertson said. “The presence of substantial emissions or leaks anywhere along the supply chain could make natural gas a more significant contributor to climate change than previously thought.”

To date, methane emissions have been assessed at a variety of sites—from the well pads where natural gas is extracted to the power plants and municipal pipelines downstream. MORE

An Important Resource for the Road to Reconciliation

If you want to understand what is influencing Indigenous/ non-Indigenous relations you can’t do better than to subscribe to Bruce McIvor’s weekly Indigenous Law Report.

For example, here are just two categories in the current report:

The clock is ticking on the federal UNDRIP Bill C-262.

“I’ve made the decision to no longer write for @globeandmail based on this editorial – written by editors who clearly have not read even the supplementary report on the legal reasons the word “genocide” was used. They are shaping public opinion against Indigenous women like me.” — Alicia Elliott, journalist

Chief commissioner Marion Buller, front left to right, and commissioners Brian Eyolfson, Qajaq Robinson and Michele Audette get ready to prepare the final report to give to the government at the closing ceremony for the National Inquiry into Missing and Murdered Indigenous Women and Girls in Gatineau, Quebec., on Monday, June 3, 2019. (Adrian Wyld/The Canadian Press via AP)