Study shows 571 species wiped out, and scientists say figure is likely to be big underestimate

” One of these [creation] stories sustains the living systems on which we depend. One of these stories opens the way to living in gratitude and amazement at the richness and generosity of the world. One of the stories asks us to bestow our own gifts in kind to celebrate our kinship with the world.  We can choose. If all the world is a commodity, how poor we grow. When all the world is a gift in motion, how wealthy we become.” — Robin Wall Kimmerer, in Braiding Sweetgrass 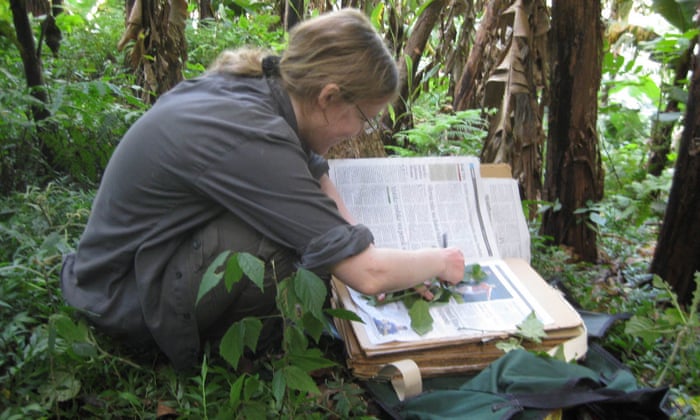 Maria Vorontsova: ‘We take them for granted and I don’t think we should.’ Photograph: Kew Gardens

Human destruction of the living world is causing a “frightening” number of plant extinctions, according to scientists who have completed the first global analysis of the issue.

They found 571 species had definitely been wiped out since 1750 but with knowledge of many plant species still very limited the true number is likely to be much higher. The researchers said the plant extinction rate was 500 times greater now than before the industrial revolution, and this was also likely to be an underestimate.

“Plants underpin all life on Earth,” said Dr Eimear Nic Lughadha, at the Royal Botanic Gardens, Kew, who was part of the team. “They provide the oxygen we breathe and the food we eat, as well as making up the backbone of the world’s ecosystems – so plant extinction is bad news for all species.”

“It is way more than we knew and way more than should have gone extinct,” said Dr Maria Vorontsova, also at Kew. “It is frightening not just because of the 571 number but because I think that is a gross underestimate.”

She said the true extinction rate for plants could easily be orders of magnitude higher than that reported in the study, published in the journal Nature Ecology and Evolution. There are thousands of “living dead” plant species, where the last survivors have no chance of reproducing because, for example, only one sex remains or the big animals needed to spread their seeds are extinct. MORE