The proposed Ecocide Act under the Rome Statute would hold those with principal responsibility  (ie. politicians, corporate executives, financiers, etc) accountable before the International Criminal Court if they knew or ought to have known that their actions would cause ecocide. 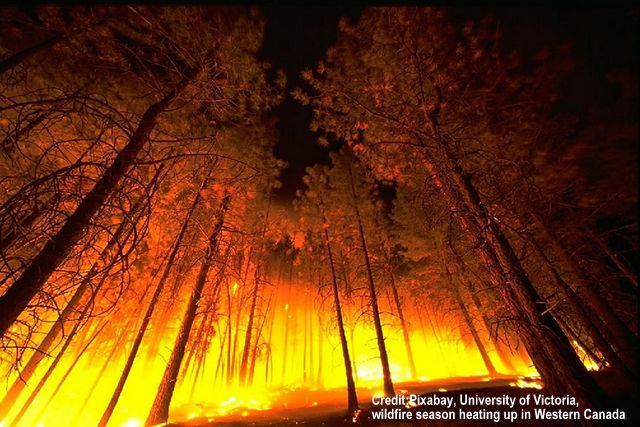 In his recent Opinion piece in the Tyee, Mitchell Anderson sums us Premier Jason Kenney’s vision to return the Oilsands to their glory days as the beginning of a grim environmental endgame. “As the rest of the planet strives to curb carbon dependence, Alberta is instead stepping on the gas,” writes Anderson. Alberta is boldly accelerating new oil wells and abandoning the old ones as wildfires rage.

In 2016, I wrote about an inescapable climate irony as the massive Fort McMurray wildfire raged out of control. “Tar Sands are a dirty fuel producing high carbon emissions that cause global heating. Climate change makes extreme climate events such as wildfires more intense and severe. Alberta wildfires are made worse because of carbon emissions produced in its own back yard. The circle is complete.” And now in 2019, it’s much the same.

The following post by Mitchell Beer highlights the ongoing climate irony unfolding as the 2019 wildfire season intensifies. It was first published in The Energy Mix. MORE