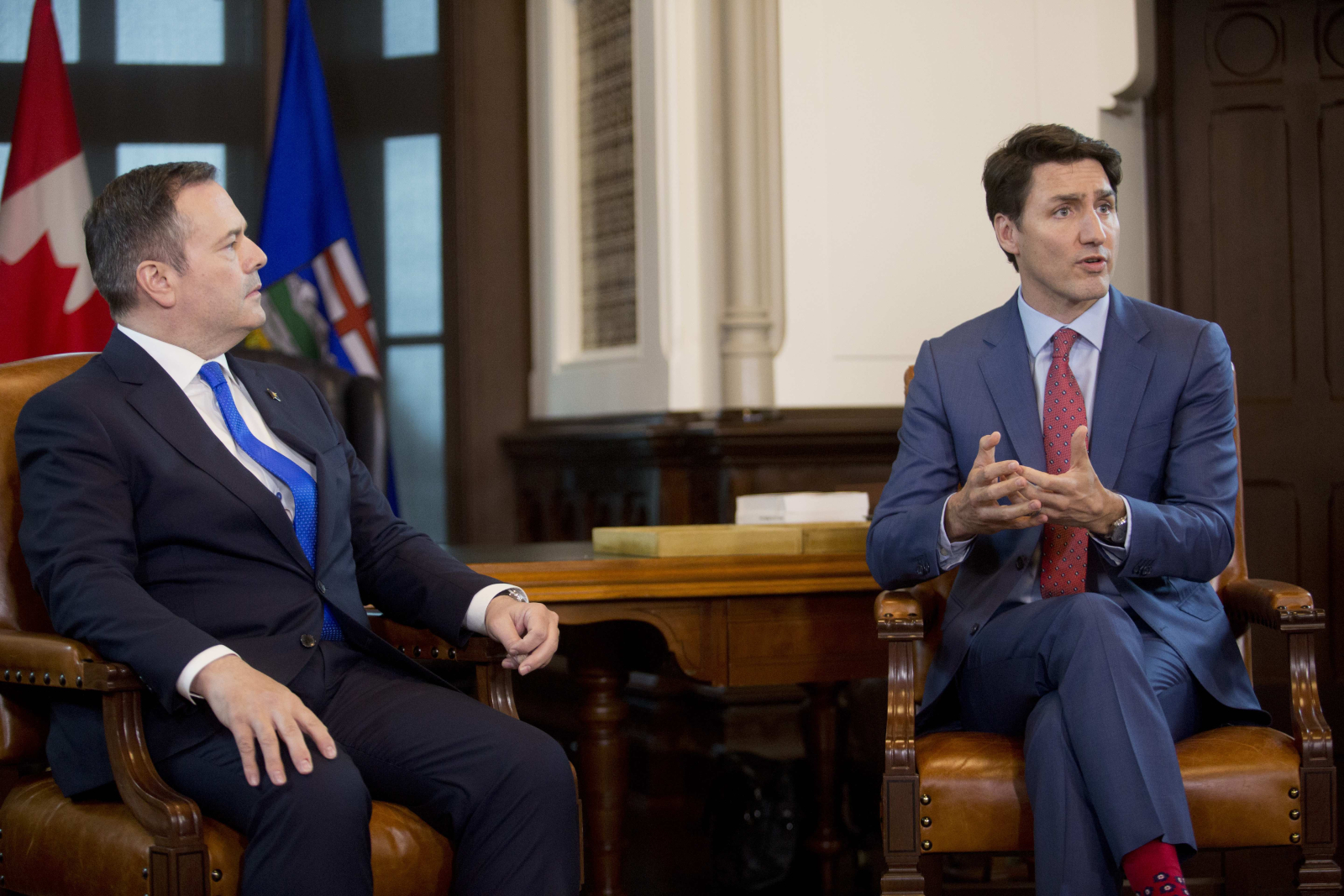 Jason Kenney meets with Justin Trudeau in Ottawa on May 2, 2019. File photo by Andrew Meade

Last Friday, Alberta Premier Jason Kenney said the causes of wildfires are “complex” and carbon taxes won’t stop them. On Tuesday, Prime Minister Justin Trudeau said a carbon tax is a way to reduce the pollution that causes extreme climate events such as wildfires.

Which one of them is right?

Short answer: Kenney’s comments aren’t false, but they are misleading, experts say. While Kenney is correct in saying that many factors lead to wildfires, the premier’s comments fail to mention that the global climate emergency is worsening the frequency and intensity of wildfires, and that top economists, including two Nobel prize winners in 2018, generally agree that putting a price on carbon emissions is an effective way to slow down and eventually reverse the crisis.

Speaking in Calgary under a thick fog of smoke from fires in the northern part of the province on Friday, Kenney told reporters that Alberta has always had wildfires, and some parts of the boreal forest were overdue to burn. “They’ve had a carbon tax in British Columbia for 10 years. It hasn’t made a difference to the pattern of forest fires there … or in Alberta,” he said.

In B.C., the carbon tax introduced in 2008 by former premier Gordon Campbell’s government has generally reduced emissionsand affected some sectors that rely on fossil fuels, while allowing cleaner sectors to benefit.

“We need to be taking real action to prevent climate change,” Trudeau said Monday, referencing this spring’s wildfires in western Canada. “That’s why we’re moving forward on a price on pollution right across the country, despite the fact conservative politicians are pushing against that.”

Trudeau also said natural disasters are “becoming unaffordable” for Canadians and society. “We need to act in a way that puts more money in the pockets of Canadians, which is what we’re doing (with the carbon tax),” he added, referencing the rebate that means most Canadians will profit from the tax.

Kenney, who said he believes in climate change, is correct that wildfire is a natural part of the life cycle of Canada’s forests, said Mike Flannigan, a wildfire researcher at the University of Alberta. However, increased carbon emissions in the planet’s atmosphere are causing global temperatures to warm and conditions to become more favourable to wildfires, he added. Not only does the changing climate have longer, hotter and drier summers that leave the landscape more fire-prone — which Kenney correctly noted Friday — increased temperatures also increase the likelihood of lightning that can ignite more flames.

“We are seeing more fire on our landscape because of climate change,” Flannigan said. MORE