“We didn’t ask to have the responsibility of protecting human civilization on our shoulders. But we’re stepping up to the plate.” 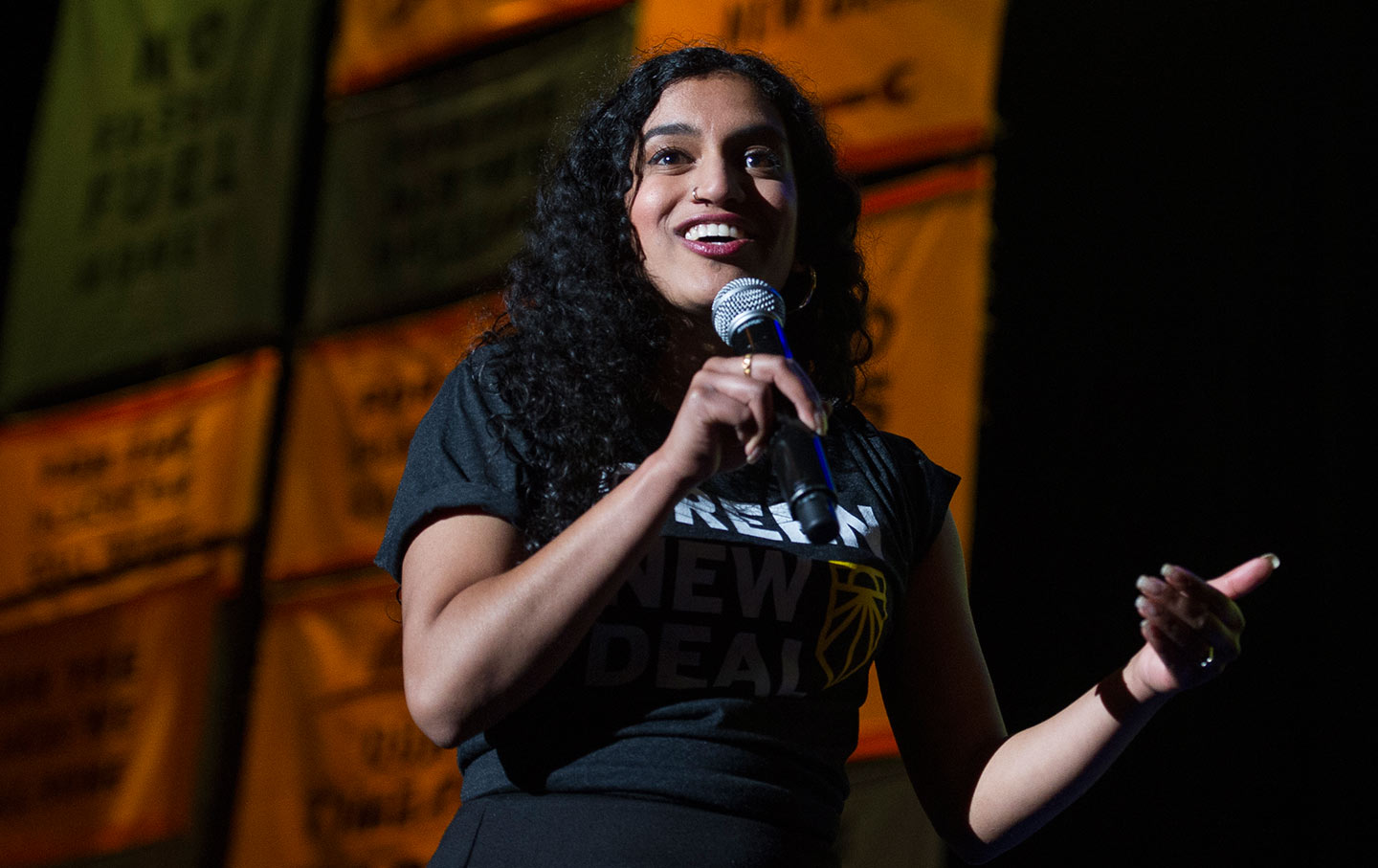 It was on a Sunday in March 2014 when I first heard Varshini Prakash fire up a crowd. Several hundred young people were crammed into a quadrangle on the Georgetown University campus, ready to march to the White House—where nearly 400 of them would be arrested protesting the Keystone XL and other tar-sands pipelines. A junior at UMass-Amherst at the time, organizing the (successful) fossil-fuel divestment campaign, Prakash, bullhorn in hand, had an emphatic message for Barack Obama and the Democratic Party.

“We don’t want half-baked solutions!” she declared with attention-getting intensity. “We can’t gamble with false promises! We won’t settle for an ‘all-of-the-above’ energy policy when what this looming crisis demands is a none-of-the-above approach to fossil fuels!”

By the fall of 2015, Prakash and a small group of experienced young climate-justice activists had reached the conclusion, correctly, that what they and most of the climate movement were doing wasn’t enough. They realized, as she told me when we sat down for a conversation at a Boston coffee shop in May, “We need a new movement in America for young people.”

What Prakash and her 11 co-founders went on to build is now known to the world as the Sunrise Movement. Last November, with a media-savvy, hundreds-strong sit-in at Nancy Pelosi’s office on Capitol Hill, they famously launched the fight for the game-changing Green New Deal—and reshaped the landscape of the 2020 election campaign. Thanks to their resilience and steely resolve, a carefully considered organizing strategy focused on electoral politics, some fortuitous timing, and the help of—among many other people—a rock-star rookie congresswoman named Alexandria Ocasio-Cortez, they have injected an unprecedented urgency and seriousness into the climate debate in this country. MORE