Why was the Trudeau government fighting the international effort to force drug companies to commit to transparency about R&D costs, information that  is needed to evaluate what is a reasonable price for drugs?  If you believe something doesn’t smell right, you are justified. 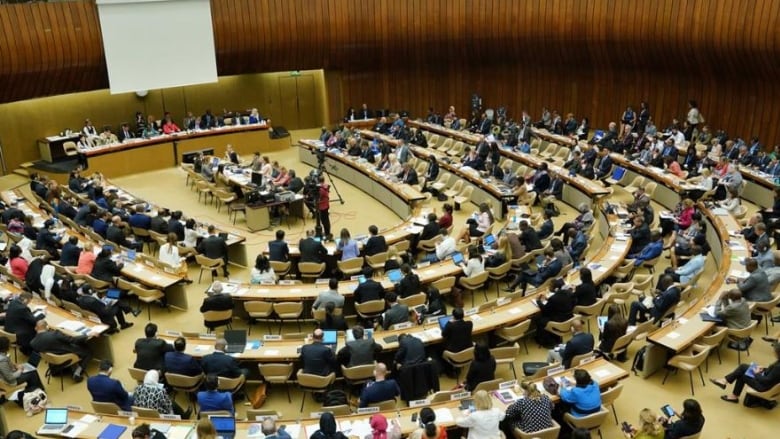 Delegates to the World Health Assembly are expected to consider a transparency resolution demanding the pharmaceutical industry release confidential data about the costs of R&D, the outcomes of clinical trials and the actual prices that countries pay for drugs after secret negotiations and rebates. (L. Cipriani/WHO)

Behind closed doors at the World Health Assembly (WHA) meeting in Geneva this week, health officials from around the world began hammering at the black box of secrecy surrounding the pharmaceutical industry.

As the debate in the room heated up, observers were surprised that Canada was among the countries that seemed to be trying to weaken that effort.

The fact that transparency is even on the agenda for government health officials at the WHA is evidence of the mounting international frustration over high drug prices. The meeting sets priorities for the World Health Organization (WHO), which is already grappling with the global impact of drug prices on public health.

The WHA’s transparency resolution would demand unprecedented disclosure by drug companies about how much they spend on R&D, including the cost of clinical trials.

The resolution would also call for a system for countries to compare the true prices they pay for individual drugs. Right now, no country knows what another country is paying for the same drug. That’s because companies hold secret negotiations with individual governments, forcing officials to sign non-disclosure agreements preventing them from revealing any price discounts that they were able to negotiate.

But battle lines quickly appeared in the meeting room, with Germany, the United Kingdom, the United States and several other countries, including Canada, proposing changes to the wording that would soften the resolution and protect industry secrecy.

“You disappointed us this week, Canada,” Love told CBC News. “You guys are supposed to be the good guys, right?”

Jagmeet Singh: NDP Will Bring In Universal Pharmacare In 2020