Now is the time to encourage political leaders to move beyond recognition of our climate emergency and commit to reducing emissions to at least 1.5 degree C as quickly as possible

With five months to go before the next federal election, Canada’s political parties are competing for climate credibility, seemingly engaged in a battle to show they care more about the environment, reports The National Observer.

This is a climate activist’s dream. Not only will climate be the top issue in the October election, but having politicians compete for climate action supremacy is dizzying. I frankly did not see this coming. 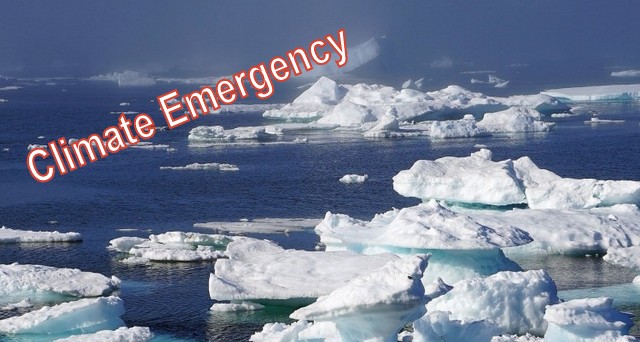 Liberals are poised to declare a climate emergency

The Liberals have filed a motion which asks Members of Parliament “to recommit to the Paris climate-change accord by meeting the existing targets for cutting greenhouse-gas emissions and toughening them as is required to meet the accord’s stated objective of keeping global warming as close to 1.5 C as possible,” writes Mia Rabson of The National Observer.

The Liberal motion …brings Canada closer to a declaration of climate emergency following the U.K., Ireland and Switzerland. This is precisely the kind of climate leadership activists and environmentalists have been calling for since the Liberals came to power in 2015. 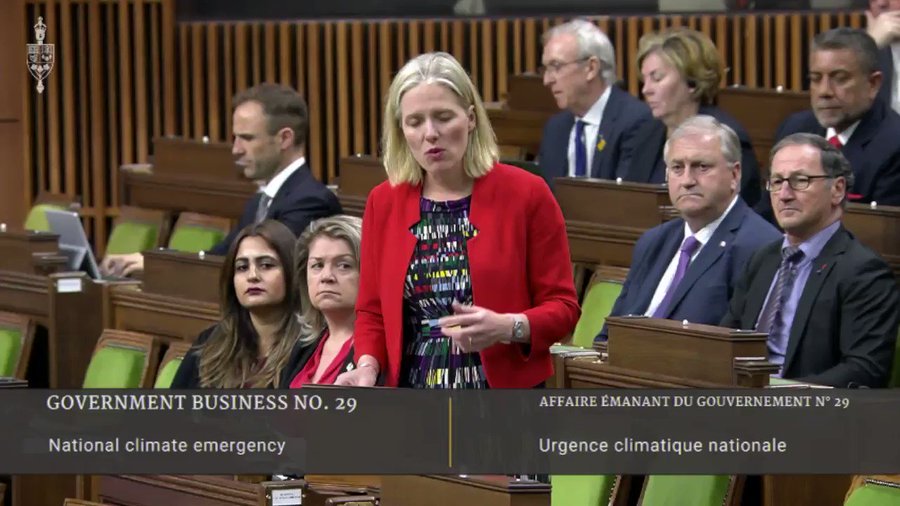 We may not always agree on which solutions are best, but surely we can agree on the problem — that climate change is an emergency like none we have ever faced before. The science is clear. Climate change is impacting our environment, our nature, our health, and our economy. pic.twitter.com/SaKYPjV02P

The NDP motion (full text found below) also seeks to reach the Paris targets but goes much further by calling for the cancellation of the Trans Mountain pipeline expansion and an end to fossil-fuel subsidies. NDP Leader Jagmeet Singh says “pipelines and fossil-fuel subsidies are not congruent with climate-change action.” However, he will not go so far as to oppose the LNG project in his NDP-led home province of British Columbia.

Greens would double the emission-reduction targets

Meanwhile, the Green Party is calling for a 60% cut in greenhouse gases based on 2005 levels, in effect doubling Canada’s 30% reduction promised in the Paris Accord. Elizabeth May is very emphatic that Canadians need to heed the warnings of the IPCC 1.5°C report and Canada’s own Canada’s Changing Climate report that shows we are warming twice faster than the global average.

Somewhere below two degrees is the tipping point to where we run into something (that) scientists call runaway global warming—a self-accelerating irreversible global warming that could lead to temperatures that call into question the survival of this biosphere.

In order to ensure that action follows rhetoric, the Greens would create a non-partisan ‘war cabinet’ modeled after Winston Churchill’s during WWII to tackle the existential threat of climate change.

Click here for the transcript of a recent E. May interview on The Current, CBC Radio. “And an increase of two degrees would be catastrophic,” says May. MORE

The Merchants of Death will always be ready to sell addiction and death until we have an ecocide law. This is a TED talk you should take the time to watch!

E-cigarettes, or “vapes,” as they are commonly called, are flying off the shelves like candy. This year, the e-cigarette market is expected to drive 26 billion dollars in sales worldwide.

Over the next six years, that volume is expected to double. We have a lot of serious concerns about the health impact of vaping, and unfortunately, not nearly enough answers.

This becomes even more concerning when you think of who uses e-cigarettes. E-cigarette use, at least in the US, has grown rapidly among youth and young adults — our kids, our most vulnerable population.

There was a 900 percent growth in the use of e-cigarettes by youth between 2012 and 2015. The most recent estimates suggest that approximately 3.6 million high school and middle school students have used e-cigarettes in the US.

…So nicotine addiction through e-cigarettes could be leading them down the path of other addictions and other mental health problems.

Now, in adolescent animals, nicotine also produces epigenetic changes, or heritable changes in gene expression, for example, in the genes involved in asthma. So teens who use nicotine may not only be harming themselves but they could be harming their future generations. MORE

New report finds plastic production and use could have the equivalent impact of nearly 300 new coal power plants on Earth’s climate over the next decade.

Plastic is polluting oceans, freshwater lakes and rivers, food and us — but it’s also a major contributor to global climate change, warns a new report.

Scientists, policymakers and consumers are increasingly aware of the threat plastic pollution poses to oceans and water, wildlife, food and people. However, often lost in calculating plastics’ environmental harm is its contributions to climate change.

“I don’t feel the petrochemical buildout is being considered as part of climate change discussions at any level in our state [Pennsylvania],” Michele Fetting, program manager at the Breathe Project, a coalition of 24 environmental organizations, told EHN.

Petrochemical facilities, such as cracker plants, take fuels like natural gas and convert them to chemical products, which are most often used to make plastics. Shell is building a massive petrochemical complex in Beaver County, Pennsylvania, as part of a broader effort to put such facilities in multiple spots along the Ohio River Valley.

Each step in the life of a piece of plastic — production, transportation and managing waste — uses fossil fuels and emits greenhouse gases and, as petrochemical and plastic production continues to ramp up, these impacts must be considered, according to the report released today by the Center for International Environmental Law, the Environmental Integrity Project, FracTracker Alliance, the Global Alliance for Incinerator Alternatives, 5Gyres, and #BreakFreeFromPlastic. MORE

Plastic & Climate: The Hidden Costs of a Plastic Planet

180 countries — except US — agree to plastic waste agreement

The House of Commons saw two separate motions calling on Canada to declare a climate change emergency. This is a big deal, since it means many of our politicians are finally waking up to see climate change as what it is — a global crisis that demands urgent action.

But, actions speak louder than words. If, and likely when, it passes next week, this emergency declaration will still be backed up by a climate plan that misses the Paris targets and puts us on track to exceed 4ºC of global temperature rise.

That’s why a Green New Deal for Canada is so important, because a climate emergency demands an emergency level response. This weekend kicks off more than 150 town halls across the country where people from all walks of life will get together to craft the ambitious climate solutions that we need response.

This energy to declare a climate emergency didn’t come of out of nowhere. For the past few months student strikes have poured out of classes and into our communities calling for bold action. The Our Time campaign has launched across the country, bringing in thousands of young people committed to winning a Green New Deal for Canada by building a once in a generation voting alliance for climate justice. And, earlier this month, the Pact for a Green New Deal launched, collecting tens of thousand of signatures from people who believe we can, and we must, do more to tackle climate change and inequality.

All of this has pushed our politicians to respond with platforms, pledges to show us their vision of a Green New Deal for Canada and now, climate emergency declarations.

This energy to declare a climate emergency didn’t come of out of nowhere. For the past few months student strikes have poured out of classes and into our communities calling for bold action. The Our Time campaign has launched across the country, bringing in thousands of young people committed to winning a Green New Deal for Canada by building a once in a generation voting alliance for climate justice. And, earlier this month, the Pact for a Green New Deal launched, collecting tens of thousand of signatures from people who believe we can, and we must, do more to tackle climate change and inequality.

All of this has pushed our politicians to respond with platforms, pledges to show us their vision of a Green New Deal for Canada and now, climate emergency declarations.

With over 150 town halls confirmed in cities, towns and First Nations, we’re just getting started. If you’ve been waiting for it, this is the moment to get involved. MORE

Pact for the Green New Deal: “Now is the time to build power behind the solutions we need.”