However, there is an increasing knowledge gap between emerging leaders and the treaty negotiators who came of age in the 1970s. Work must be done to engage next-generation Indigenous leaders about the importance of treaty negotiations and implementing those treaties, and the role they need to play in them.

Since 1975, 26 modern treaties have been successfully negotiated, providing Indigenous ownership of more than 600,000 square kilometres of land, almost the size of Manitoba. Many more agreements will be signed in the coming years, defining land rights of many more Indigenous peoples and creating paths for self-determination.

Emerging leaders need to get involved so that they understand the spirit and intent of the hard-fought treaties. This knowledge is passed down orally from those at the table. Without it, the nuances of the agreements and the way they were meant to be interpreted risk being lost with the passage of time. MORE

Solutions for climate change can be found within Indigenous knowledge, says activist 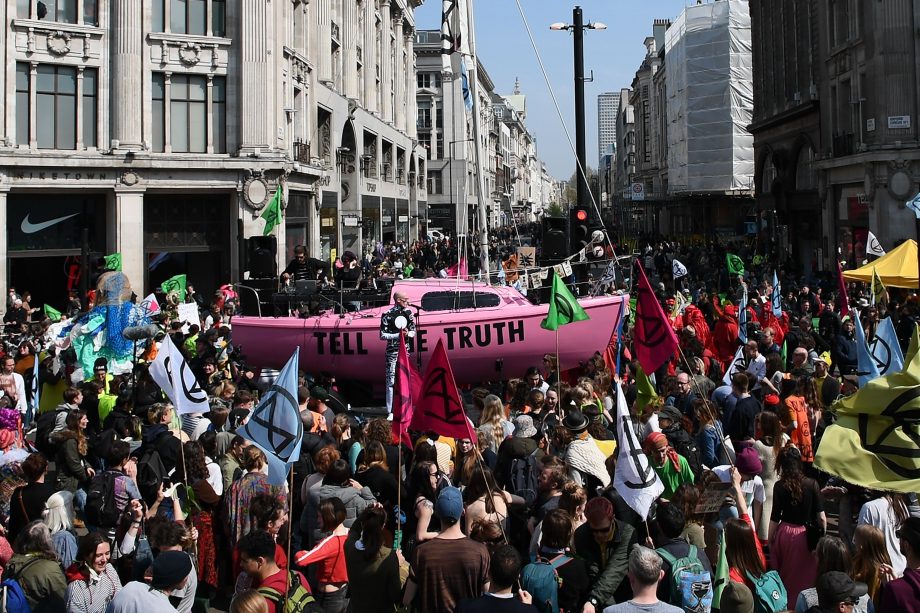 The biggest display of civil disobedience on a national scale in decades. What’s next?

…Police officers carry rebels by their arms and legs towards police vans, and with every arrest a cheer erupts, followed by chants of, ‘We love you’. People are playing Christmas songs on the clarinet and singing ‘Bohemian Rhapsody’ around a set of drums. A giant inflatable elephant with ‘Ecocide’ printed across it is marched around the crowds. “This isn’t the beginning, this has been building for a really long time.But this splash, this dedication, this passion and what all of us have experienced here is a turning point.” 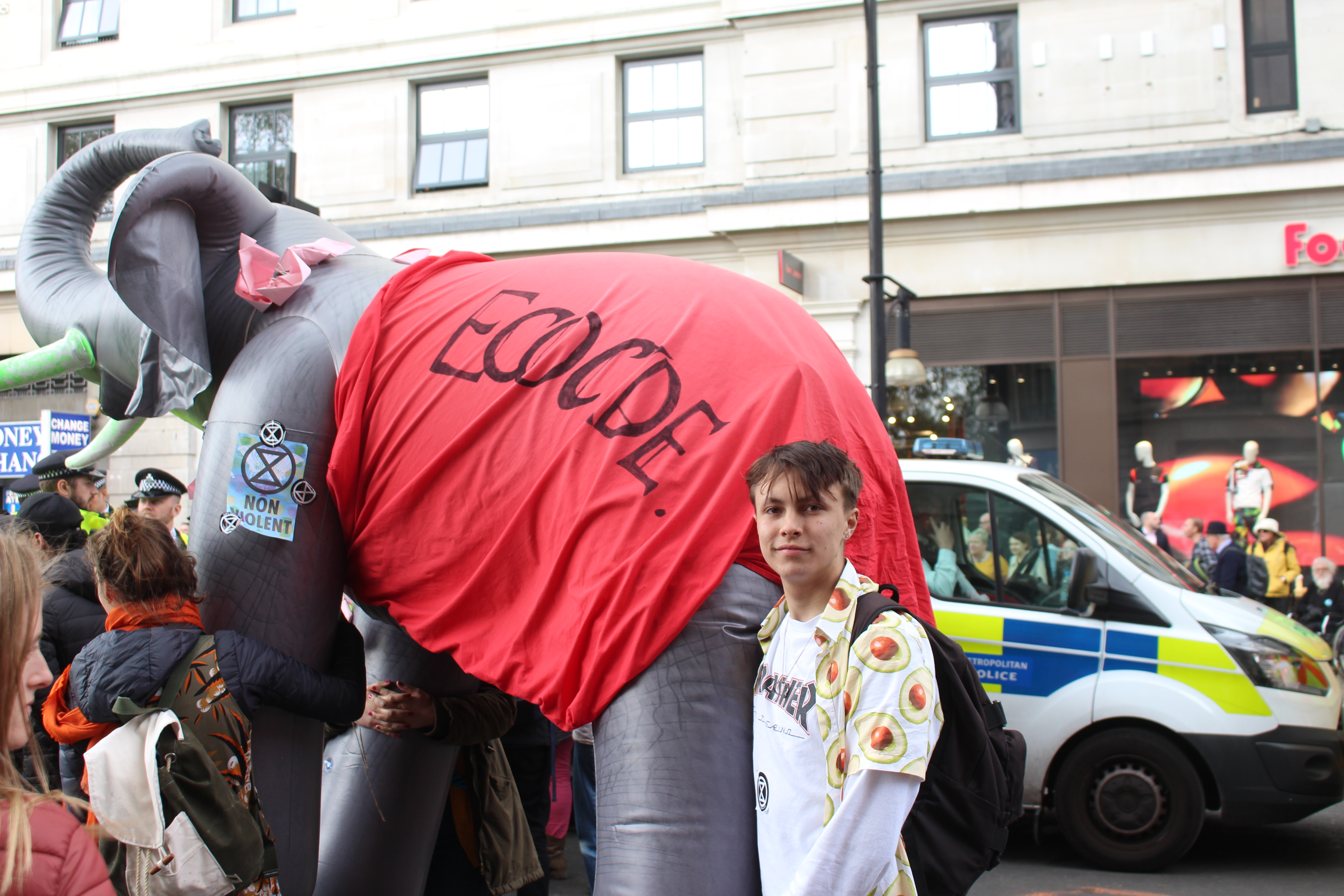 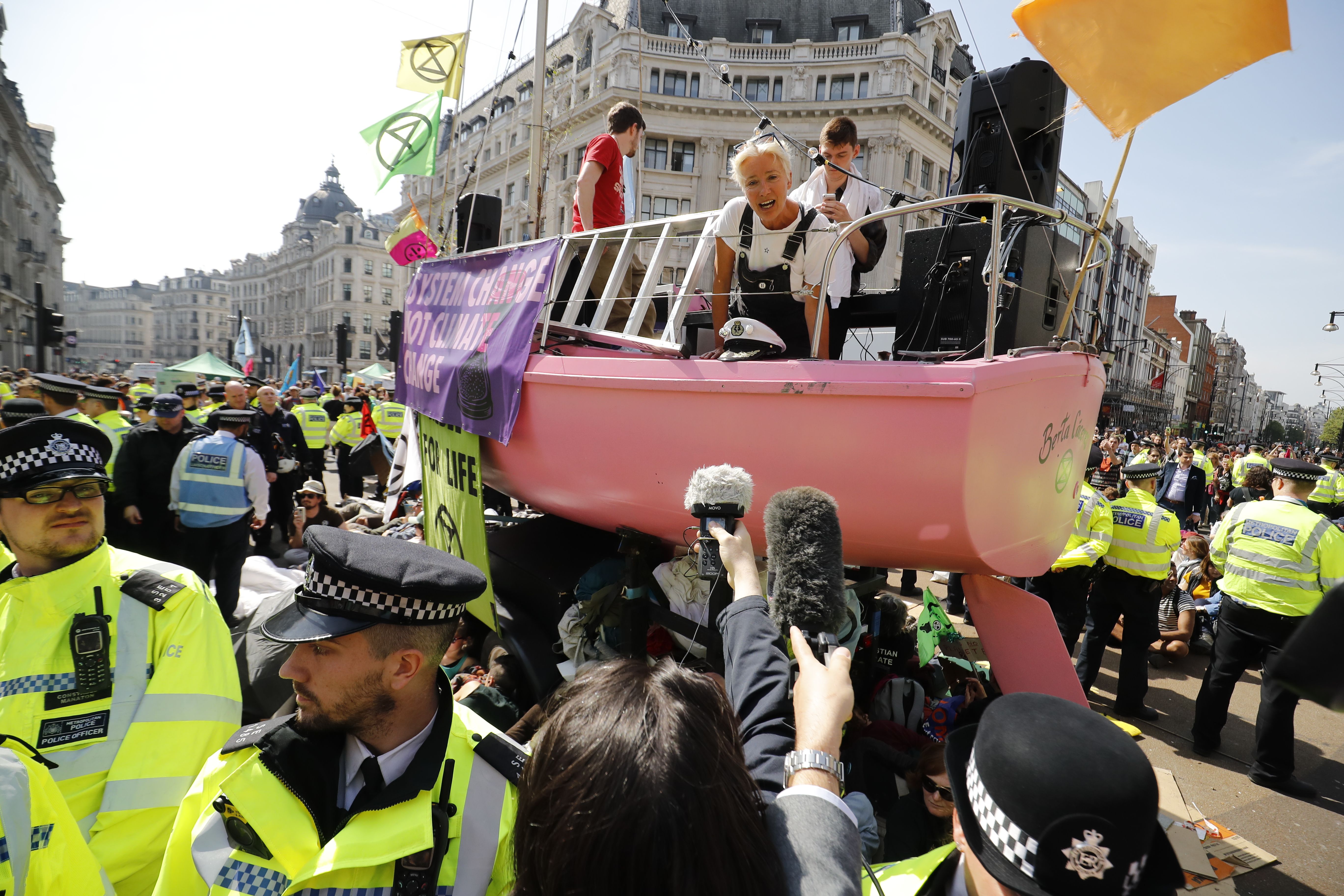 Behind all of these demonstrations are three demands, laid out on banners, leaflets, direct requests to the government, and even on the pink boat: Tell the Truth, Act Now, and Beyond Politics.

They want the government to declare a climate and ecological emergency, to act now to halt biodiversity loss and reduce greenhouse gas emissions to net zero by 2025, and to create a citizen’s assembly to oversee the changes needed to achieve these goals. MORE

Global warming is causing a 60-fold increase in permafrost landslides. Time is of the essence. We need effective, immediate climate policies now. One of the principal concerns of a warming Arctic is the thawing of carbon-rich permafrost, which could release CO2 and methane into the atmosphere and accelerate climate change.

However, the thawing of these perennially frozen soils also risks making a mark on the land surface itself, causing landslides known as “retrogressive thaw slumps”.

A retrogressive thaw slump (RTS) is a landslide that can occur only in permafrost areas. It develops when the ice within the soil melts rapidly, leaving the soil weakened and unstable. Where this happens on a slope, the instability can result in a landslide.

We call these landslides “retrogressive” because the headscarp – the steep exposed soil face at the top of the landslide – progressively retreats upslope after the initial slumping. They are “thaw” slumps because they are caused by the thawing of ice in the permafrost. And they are “slumps” because that’s the term most commonly used for bowl-shaped landslides.

An RTS resembles a sand pit dug out of a slope, with melting ice present around its upper edge, which constantly collapses. Mud and water then collects in the bottom of the landslide “pit”, making a mud slurry that eventually flows away into rivers, lakes or the ocean. Once started, an RTS can remain active and grow in size for many years as the headscarp progressively moves upslope. MORE

Research has shown that the Arctic region is currently warming around twice as fast as the global average, and this is causing permafrost—or frozen soils—to thaw, often for the first time in thousands of years.

“As the temperature of the ground rises above freezing, microorganisms break down organic matter in the soil,” the authors wrote in the article. “Greenhouse gases—including carbon dioxide, methane and nitrous oxide—are released into the atmosphere, accelerating global warming.”

This is particularly worrying given that Arctic permafrost holds twice as much carbon as the entire atmosphere—almost 1,600 billion tonnes, the researchers say. MORE

“This is what we can only call dysfunctional. And three words come to mind: Shame on us.”

VANCOUVER—A Seattle-based environmental organization is shaming Canada for refusing to support a ban on the dumping of hazardous waste in developing countries.

The proposed amendment would strengthen an international treaty called the Basel Convention, which governs the global movement of hazardous waste. Canada, a signatory since 1989, has come under fire in recent years for allegedly violating the treaty. People collect plastic materials at a garbage dump in Banda Aceh, Indonesia, on March 23. The Basel Convention requires its signatories to seek permission from other countries before exporting hazardous and household waste.  (CHAIDEER MAHYUDDIN / AFP/GETTY IMAGES)

In 2013 and 2014, a private Canadian company shipped 103 containers to the Philippines, labelling them as plastics for recycling even though they also contained waste like diapers. For years, the Philippine government has been asking Canada to take back its trash, rotting at a port near Manilla.

“The people and environment of the Philippines were failed by two governments and an intergovernmental body designed to prevent and mitigate just such acts,” said Jim Puckett, the executive director of the Basel Action Network, a Seattle-based environmental organization focused on waste.

“This is what we can only call dysfunctional. And three words come to mind: Shame on us.”

Puckett made the comments in Geneva this week during a meeting between the parties to the Basel Convention. SOURCE 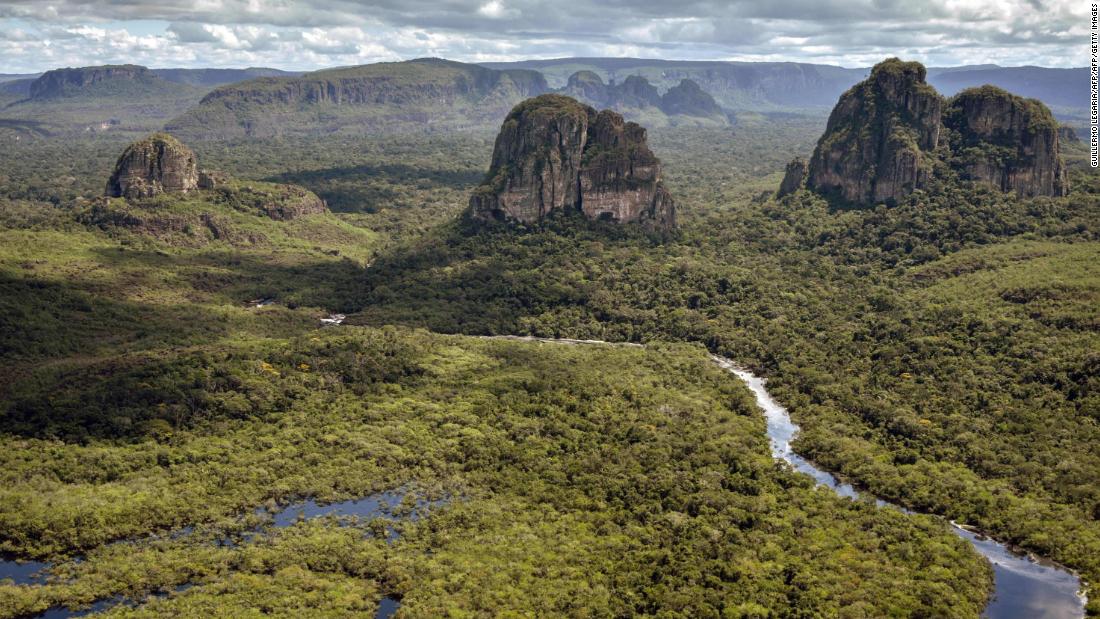 Carpeted in trees, the 2.82 million hectare Chiribiquete National Park in Colombia sucks CO2 from the atmosphere.

London (CNN)What’s low-tech, sustainable and possibly the most effective thing we can do to fight climate change? Planting trees. A trillion of them.

Tom Crowther is a climate change ecologist at Swiss university ETH Zurich. Four years ago he found there are about 3 trillion trees already on earth — much higher than NASA’s previous estimate of 400 billion. Now, his team of researchers has calculated there is enough room on the planet for an additional 1.2 trillion — and that planting them would have huge benefits in terms of absorbing atmospheric carbon dioxide, the main driver of climate change.
“The amount of carbon that we can restore if we plant 1.2 trillion trees, or at least allow those trees to grow, would be way higher than the next best climate change solution,” Crowther told CNN. 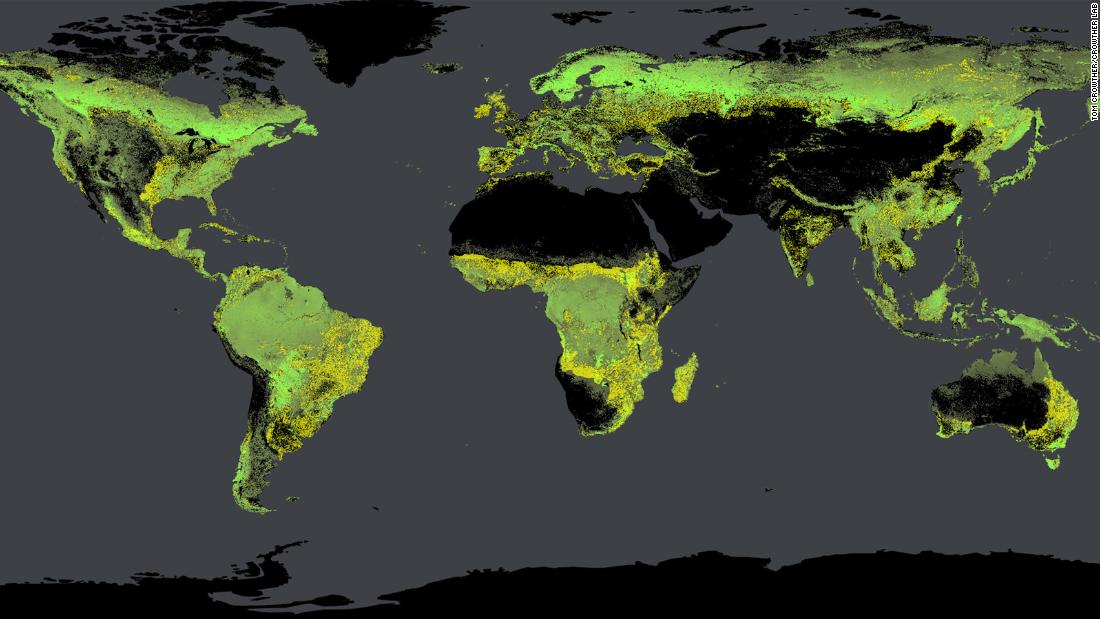 Global tree density, calculated by Crowther’s team. Existing forests are shown in green, potential forests are yellow.
Because his research is currently under review for publication in the journal Science, he says he can’t share exact figures of how much extra CO2 could be stored by those trees. But he points to numbers from Project Drawdown — a non-profit that ranks climate solutions by the amount of CO2 they could remove from the atmosphere. Its number one ranked solution — managing the release of HFC greenhouse gases from fridges and air conditioners — could reduce atmospheric CO2 by 90 billion tons. Crowther says planting 1.2 trillion trees would give a reduction “way above” that figure.
To put that in context, global CO2 emissions are around 37 billion tons per year.  MORE
RELATED: