“The IMF  report adds that there is actually another kind of subsidy, which it calls a post-tax subsidy. This subsidy reflects the difference between “actual consumer fuel prices” and the full societal and environmental costs of a fuel.”

A new report says that the world subsidized fossil fuels by $5.2 trillion in just one year. But that calculation is less tidy than it seems. 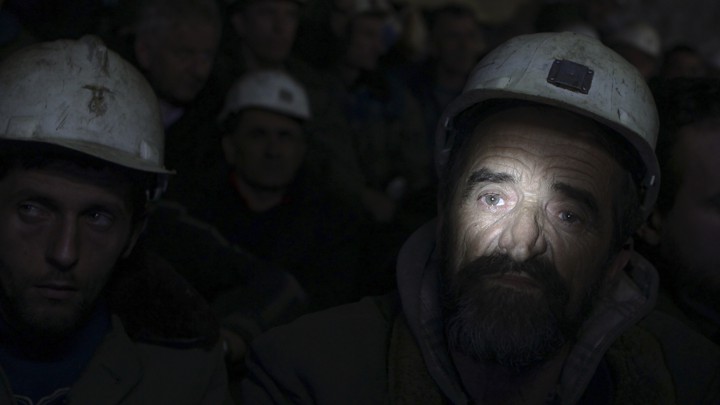 Governments around the world spend an enormous amount of money every year making it cheaper for fossil-fuel companies to exhaust the planet. But they’re not spending nearly as much as a recent report may make it seem.

The International Monetary Fund recently updated its comprehensive report on global fossil-fuel subsidies. It arrives at a staggering conclusion: In 2017, the world subsidized fossil fuels by $5.2 trillion, equal to roughly 6.5 percent of global GDP. That’s up half a trillion dollars from 2015, when global subsidies stood at $4.7 trillion, according to the IMF. If governments had only accounted for these subsidies and priced fossil fuels at their “fully efficient levels” in 2015, then worldwide carbon emissions would have been 28 percent lower, and deaths due to toxic air pollution 46 percent lower.

The report suggests a morally grim situation: As the planet careens toward climate catastrophe, governments are forking over trillions of dollars—one-fifteenth of the global economy!—directly to oil, coal, and gas companies. But the challenge of combatting climate change through politics is much more difficult than some tidy math can make it seem. This calculation suggests that recalibration would be simple. If we only cut those subsidies, then carbon pollution would plunge, and we’d be much further along in addressing the climate challenge. MORE

The NDP’s prevarications on the export of natural gas and fracking, coupled the neoliberal parties’ efforts to conciliate oil and gas interests that are, at heart, unreconcilable, means that the Green Party may remain the only choice for many voters in 2020.

Green candidate Paul Manly has won the federal byelection in Nanaimo-Ladysmith on Vancouver Island, a seat formerly held by the NDP’s Sheila Malcolmson. Commentators are saying the result is a wake-up call for all of Canada’s political class. It means Canadians might be much more serious about climate change than most politicians seem to think, they say.

That may or may not be true. One byelection does not tell the whole story.

What is definitely true is that the result is a great one for the Green Party. It gives a thumbs-up to the excellent work Green Leader Elizabeth May has done in the House since first winning a seat in 2011. Opinion polls routinely show that May is the only federal leader with a positive favourability rating.

The Green victory in Nanaimo-Ladysmith might only be a local, personal and evanescent phenomenon. But this writer has been picking up indications from erstwhile NDP and Liberal supporters in other parts of the country that they are thinking of voting Green next time.

The fearsome scientific forecasts of potential environmental and climate catastrophe — of which the UN report on biodiversity released on Monday, May 6, is only the latest — could be having a greater impact on public opinion than the mainstream media and political class seem to believe. MORE

“If the environment is being degraded so that with passing time it produces and supports less, then that impoverishes future generations. It means that the current generation is essentially stealing from the next.” Just as we have issues of justice (or more likely lack thereof) between classes, genders, races, countries – we also have justice between generations–intergenerational justice. We live at a crossroads in history.

Decades have passed, and people are still saying the same thing. In the 70’s, environmentalists in the baby boomer generation wanted to protect the planet for their grandchildren.

Almost five decades later, and those grandchildren they were talking about had time to be born and grow up, and they’re us.

Carbon dioxide, the most common greenhouse gas responsible for causing climate change via the greenhouse effect, can hang around in the atmosphere for 100 years or more once it gets up there.

This fact of chemistry is what drives the entire issue of intergenerational justice when it comes to climate change.

The last few months of 2018 and early 2019 have seen historic levels of climate activism and public attention. Something seems to have finally shifted.

One of the most inspiring things in the climate space right now is the explosion of youth-led climate activism. From Extinction Rebellion that was recently holding mass protests in London to the Sunrise Movement and the Green New Deal to the School Strikes for Climate movement – it’s in the air.

And it’s having an effect. The UK Parliament recently became the first in the world to declare a climate emergency.

Across the pond in the US, it’s also the young people that are pushing the climate movement forward.

Alexandria Ocasio-Cortez, the youngest woman to be elected to Congress, is making waves by pushing the Green New Deal – an ambitious policy package for transitioning the US to a net-zero economy through a ‘just transition’, investing in infrastructure, jobs and marginalised communities.

This bold proposal – which would have been totally unthinkable just a couple of years ago – is now being pushed right into the mainstream at an astonishing rate. MORE

From May 20 to 26, 2019, you can join the national conversation to define what a Green New Deal for Canada will look like. Stay tuned for dates and locations where you can join workers, Indigenous peoples, students, trade unions, migrants, community organizations and people across the country to gather, define and design a plan for a safe future and more prosperous present. Citizens’ assemblies are invaluable for getting the public on board and securing more consensus. Building consensus among peers –someone like a single mother, a neighbor, a farmer–is far more powerful that government’s exhortations to act. On one mad sunny week over the Easter weekend, Extinction Rebellion brought public attention to the problem of climate change in a way that had rarely been achieved before. The group’s most ambitious demand – to cut greenhouse gas emissions completely by 2025 – is unlikely to be met. But another – for governments to be led by the decisions of citizens’ assemblies on climate and ecological justice – has a successful history in many parts of the world.

Not to be confused with people’s assemblies (a more informal gathering, often of existing activists) citizens’ assemblies are a way of exploring public views on a particular topic and coming up with concrete solutions. They sit under the umbrella term ‘mini-publics’ as an example of deliberative democracy, alongside citizens’ juries, planning cells and consensus conferences.

Citizens’ assemblies are a bit like focus groups, but usually larger and longer; they can take up a single weekend or up to a year in some cases. Allen explains on the phone that participants are chosen at random to represent the broader population and are paid for their time so that everyone can afford to take part.

Citizen’s Assemblies were first pioneered in British Columbia, Canada, in 2004 to consider the thorny issue of electoral reform.

All citizens’ assemblies have three stages. The first involves learning about the problem, when everyone is given a primer in the subject and hears from people advocating different solutions. Then there is a period of consideration and discussion, often in small groups. The assembly as a whole then has to decide about what it would do to solve the problem at hand.  MORE

The message is clear: there is no ‘middle ground’ when dealing with the  climate emergency. Fossil fuel interests will have to stop expansion projects and leave it in the ground.

The Vermont senator and 2020 presidential candidate said the U.S. must commit to “fully transforming our energy system away from fossil fuels”

“There is no ‘middle ground’ when it comes to climate policy,” said Sen. Bernie Sanders, a 2020 presidential candidate. (Photo: Mark Wilson/Getty Images)

“There is no ‘middle ground’ when it comes to climate policy,” the Vermont senator tweeted, quoting from a Reuters report on Biden’s efforts to develop a climate plan that would leave the door open to so-called “fossil fuel options.”

“If we don’t commit to fully transforming our energy system away from fossil fuels, we will doom future generations,” wrote Sanders, who is also a 2020 Democratic presidential candidate. “Fighting climate change must be our priority, whether fossil fuel billionaires like it or not.”

As Common Dreams reported in April, Sanders won praise from environmental groups after he unveiled a sweeping climate agenda calling for a Green New Deal, an end to oil exports, a complete ban on fracking, and a moratorium on all new fossil fuel infrastructure projects.

“There is no such thing as a middle ground on climate change.” – Greenpeace USA climate campaigner Charlie Jiang

Environmentalists were not pleased with reports of Biden’s middle-of-the-road approach to confronting the climate crisis, which has pushed a million species to the brink of extinction and threatens the future of human civilization.

No Joe, there is no "middle ground" on climate breakdown – there is bold, transformative action or there is sinking ground, burning ground and churning ground. "Presidential hopeful Biden looking for ‘middle ground’ climate policy" https://t.co/8q2WPzU7w0