…Today, Canadian politicians still pander to large corporations instead of pursuing meaningful industrial policy. Trudeau’s Liberals imagine that they have managed to negotiate the binary between economy and environment but that binary only exists because they continue in their well-trod rut. They are putting off the transition from the inevitable end of fossil fuel extraction, letting the manufacturing sector erode rather than retool, and are foreclosing public sector expansions that could be leading the way to a new economy.

Is this the model of industrial development that Canada should follow into the 21st century?

The alternative for Canada is a Green New Deal, a program of economic and social transformation commensurate to the twin crises of inequality and climate change facing the country.

It is a cruel joke that investment in a pipeline – ultimately a relatively small sum – is a major policy move, while other far larger, far more necessary investments are not being made on the scale required. Imagine energy workers in Alberta’s north setting up wind farms rather than mining bitumen. Imagine manufacturing workers in southwest Ontario mass producing new electric public transit vehicles. Both would be integral to a Green New Deal; both prioritize people over profit.

Beyond energy and transport, imagine investments in universal child care (and the good, green child-care jobs they create), in truly affordable, dense public housing, and in public pharmaceutical companies that build on the public funds already going into basic research. A just transition should not just foster new technology, it should redistribute social power and increase living standards for the many – these are the common interests between nurses and autoworkers, and energy workers and early childhood educators.

…a Green New Deal could greatly expand the scope of collective decision making – heralding democratic planning and marshalling of social resources on a large scale. With every passing year and with every new decision to support fossil fuel infrastructure and corporate restructuring in the name of profit, the scale of the alternative plan to counter these actions needs to become more ambitious and far-reaching. A Green New Deal can put workers and the environment at the centre of economic policy and ensure that the necessary transformation reaches all areas of people’s lives. Unlike pipelines and plant closures, an expansive, just transition could unite workers and communities all over Canada in a broad common task. MORE

Degrowth vs. the Green New Deal

Next election it seems you have a choice between the Green Party, The NDP, the Conservatives, or SNC-Lavalin. 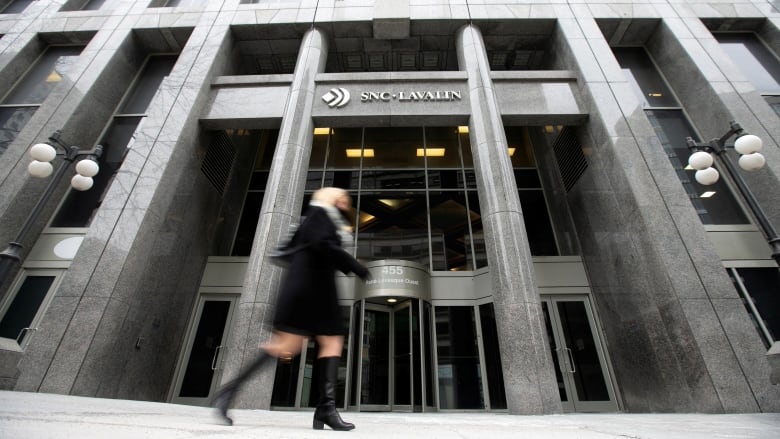 An investigation by the Commissioner of Canada Elections revealed that between 2004 and 2009, 18 former SNC-Lavalin employees, directors and some spouses contributed nearly $110,000 to the federal Liberals. (Christinne Muschi/Reuters)

A confidential document sent to the Liberal Party of Canada in 2016, and obtained by CBC/Radio-Canada, reveals how top officials at the embattled engineering firm SNC-Lavalin were named in a scheme to illegally influence Canadian elections.

The list of names, compiled in 2016 by federal investigators probing political party donations and leaked to CBC’s The Fifth Estate and Radio-Canada’s Enquête, raises new questions about an agreement by the Commissioner of Canada Elections not to prosecute the company.

The federal Liberals were sent the list in a letter marked “confidential” from the Commissioner of Canada Elections — the independent office tasked with investigating election law violations — on Aug. 5, 2016. But for nearly three years, neither Elections Canada nor the Liberal Party shared that information publicly.

The investigation reveals that over a period of more than five years between 2004 and 2009, 18 former SNC-Lavalin employees, directors and some spouses contributed nearly $110,000 to the federal Liberals, including to four party leadership campaigns and four riding associations in Quebec.

According to the letter, the investigation found that SNC-Lavalin reimbursed all of those individual donations — a practice forbidden under the Canada Elections Act. MORE

“Policies will have to ramp up significantly for a ‘net-zero’ emissions target to be credible, given that most sectors of the economy will need to cut their emissions to zero by 2050.”

There is one atmosphere. Cutting emissions must be an overriding Canadian priority as well, are achievable with known technologies, and result in improvements in people’s lives.

The UK can end its contribution to global warming within 30 years by setting an ambitious new target to reduce its greenhouse gas emissions to zero by 2050, the Committee on Climate Change

The Committee’s report, requested by the UK, Scottish and Welsh Governments in light of the Paris Agreement and the IPCC’s Special Report in 2018, finds that:

There are multiple benefits of the transition to a zero-carbon economy, the Committee’s report shows. These include benefits to people’s health from better air quality, less noise thanks to quieter vehicles, more active travel thanks to increased rates of cycling and walking, healthier diets, and increased recreational benefits from changes to land use. MORE

The Ontario government may be opening the doors even wider for businesses in the province, but wildlife will pay the price. In a calculated proposed change to the Endangered Species Act, the government aims to let status quo habitat destruction continue. For a price, developers will be able to destroy habitat.

Tell the Ontario government to protect species at risk

That’s not all. The government is proposing to politicize the listing process, remove automatic protection for newly listed species and consider wildlife outside of Ontario in making decisions. That means the government could accept the extinction of a species in Ontario as long as the species remains alive and well in another province. It is also moving to enshrine replacement of legally binding habitat protection and restoration measures with measures to merely “minimize adverse impacts” — leading to death by 1,000 cuts.

The Ontario government could be putting hundreds of species at risk of extinction. It’s time to demand change.

Wildlife need us to speak out. Please take a moment to submit your comments to the government’s proposed changes before May 18, 2019.

The future of more than 230 already threatened species is at even greater risk. Tell the government to protect their habitat before it’s too late. MORE 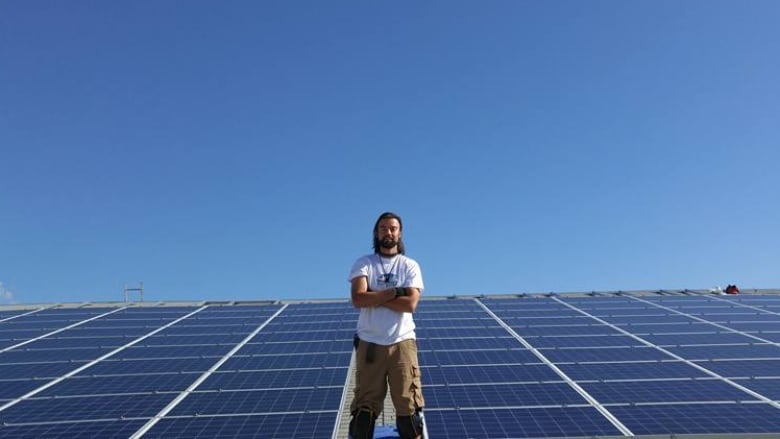 David Isaac, owner and CEO of W Dusk, stands on the roof of the Lower Nicola Indian Band school in Merritt, B.C. (Courtesy of David Isaac)

As the people of the land, air, and waters, Indigenous nations have been the first to feel the impacts of climate change. Just as we are at the front line of climate impacts, we must also be at the forefront of climate solutions. This is where Indigenous Climate Action (ICA) was born.

“We respect the sovereignty and the autonomy of Indigenous communities to determine what they need to do to address climate change,” Eriel Deranger, executive director of ICA and a Dene woman from the Athabasca Chipewyan First Nation, tells me. “Indigenous Climate Action supports a growing movement of Indigenous climate justice leaders. This year, we are building up a Just Transition program because we see this as a critical component in supporting self-sufficiency and resiliency.”

Energy sovereignty means enabling Indigenous communities to own and operate our own energy systems; to use renewable and locally available energy sources like wind and solar; and to stop burning fossil fuels and stop relying on corporations for energy. These kinds of democratic energy systems are aligned with Indigenous cultures, knowledge, and land rights, and they increase the resiliency of Indigenous communities that have been negatively impacted by colonialism and capitalist resource extraction.

ICA is guided by a volunteer steering committee of Indigenous peoples stretching from Mi’kmaq to Dene and T’sou-ke country, and including the many territories in between. Twenty stewards, leaders, and change-makers carry out ICA’s mission to nurture an energy sovereignty movement from the ground up. MORE

Neoliberal mainstream media is being ignored by more and more people as they search out investigative journalism on social media. Check out stories on The National Observer , The Narwhal, Ricochet, or Rabble and ask yourself why these stories are either downplayed or ignored on traditional media.

“You can’t leave it all to the markets.”

News coverage of the climate crisis can no longer rely on the false pretense of objectivity, writer and activist Naomi Klein said Tuesday.

“There is a confirmation bias among the largest chunk of journalists out there who really pride themselves on being centrists,” Klein said Tuesday during a town hall at the Columbia Journalism School in New York. “There’s an absolute fetish for centrism, for seriousness defined by splitting the difference—and not getting too excited about anything”

The mainstream media is “profoundly distrustful of people who are saying ‘actually, the house is on fire,'” Klein said, citing the impulse among many journalists to remain objective and hear both sides.

Watch every second of this… @AOC is so incredibly spot on. pic.twitter.com/ESP4dC5TTo

The moral cowardice of Canadian media is leaving racism unchallenged