Peterborough folks will be meeting at Confederation Square at noon on Wed. May 1st. Dress for the weather and help us #StopDougFord #onpoli #ptbo #onbudget pic.twitter.com/eIijdaVAw1

The United Nations argues that the world has less than 12 years to cut greenhouse gas emissions in half to avoid severe climate change consequences. All around the world, young activists are fighting to achieve this goal. If you want a reason to hope, read this posting. You can join us in taking action on related issues here.

“Making ecocide the fifth Crimes Against Humanity listed by the Rome Statute would assure that individuals with superior responsibility for damaging Earth would have to defend  themselves before the International Criminal Court. Because of the possibility of criminal charges, an ecocide law would also deter individuals, corporations and governments, from engaging in reckless behavior that endangers life.

“The earth is not dying, it is being killed, and those who are killing it have names and addresses.” – Utah Phillips

Just 100 companies are responsible for more than 70% of the world’s greenhouse gas emissions since 1988. The guys who run those companies – and they are mostly guys – have gotten rich on the backs of literally all life on Earth. Their business model relies on the destruction of the only home humanity has ever known. Meanwhile, we misdirect our outrage at our neighbors, friends, and family for using plastic straws or not recycling. If there is anyone who deserves the outrage of all 7.5 billion of us, it’s these 100 people right here. Combined, they control the majority of the world’s mineral rights – the “right” to exploit the remaining unextracted oil, gas, and coal. They need to know that we won’t leave them alone until they agree to Keep It In The Ground. Not just their companies, but them. Now it’s personal.

Houston tops this list as home to 7 of the 100 top ecocidal planet killers, followed by Jakarta, Calgary, Moscow, and Beijing. The richest person on the list is Russian oil magnate Vagit Alekperov, who is currently worth $20.7 billion.

The map is in the form of a cartogram which represents the size of countries by their cumulative carbon dioxide emissions since industrialization.

Closeup of the top 32 North Americans killing the planet.

“Names and Location of the Top 100 People Killing the Planet, 2019” was made by Jordan Engel. It can be reused under the Decolonial Media License 0.1. 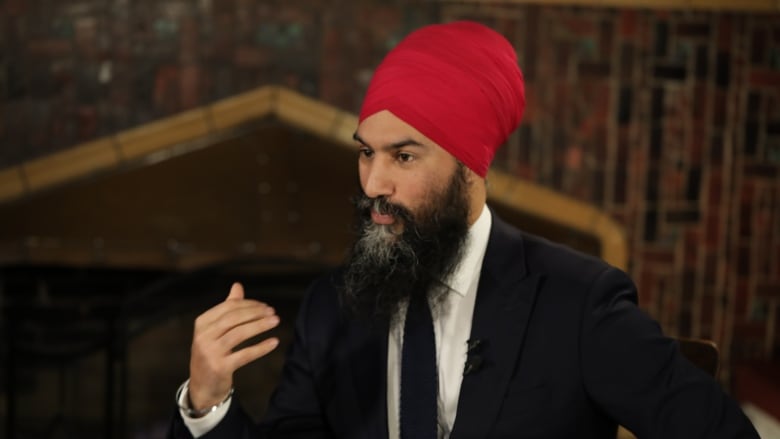 In an interview with The National’s Rosemary Barton, NDP Leader Jagmeet Singh made it clear his main goal heading into the 2019 federal election is to “make people’s lives better.” (Glen Kugelstadt/CBC News)

OTTAWA – With just seven weeks left before Parliament adjourns ahead of the fall federal election, NDP Leader and Burnaby South MP Jagmeet Singh is angling to put a trio of progressive policies on the federal agenda.

In an interview on CTV’s Question Period, Singh said that his three focuses will be housing, pharmacare, and spelling out his Canadian version of the “Green New Deal” put forward by U.S. lawmakers.

“We need more housing. Canadians are struggling with it; I’ve heard so many stories. Pharmacare for all. I really want a plan that lifts up everyone, that covers everyone in Canada. And finally, a Canadian version of a Green New Deal. We need to really take action on climate change,” Singh said.

Now, with talk of the Green party gaining momentum, Prime Minister Justin Trudeau’s brand damaged in the eyes of some progressive voters, and the countdown to the campaign already on, Singh is promising more details on his party’s “bold” policy propositions in the coming weeks.

Among them, his own take on a Green New Deal.

“Small parties generally have a hard time in FPTP systems. But to change the system, you first have to beat the system. And in doing so, a little math and politics-fiction can’t hurt. It all starts with a little imagination.” –Philippe J. Fournier 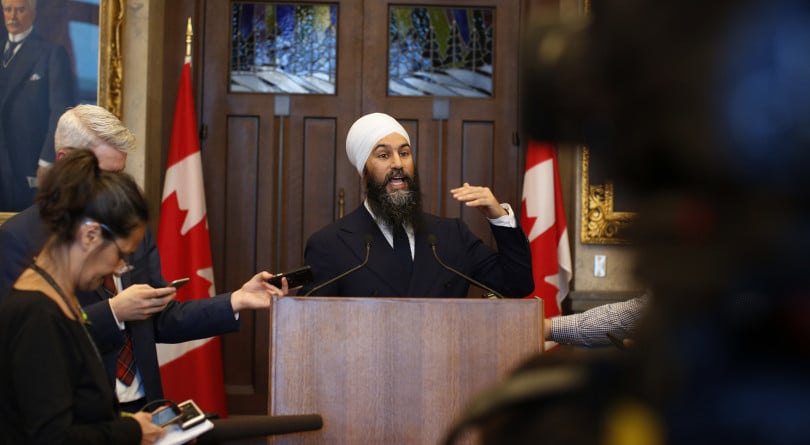 Singh speaks following the tabling of the federal budget in Ottawa on Tuesday, March 19, 2019. (David Kawai/Bloomberg via Getty Images)

Here is an interesting exercise of politics-fiction. What if the NDP and Green Party decided that they have more in common than they have differences? With the recent success of the PC and Wildrose merger in Alberta, would it be so unreasonable to imagine what a Green Party-NDP merger could look like?

Let’s call them the Green Democrats.

I entered the numbers in the 338 electoral model and made the following hypotheses:

Here are the results.

According to current data and with the hypotheses formulated above, the hypothetical Green Democrats would get an average support just under 27 per cent (roughly the combined support of the GPC and NDP). The confidence intervals range from roughly 23 per cent to 31 per cent of support.

The Green Democrats would still likely fall in third place behind the Conservatives and Liberals, but the race at the top would become far more competitive. 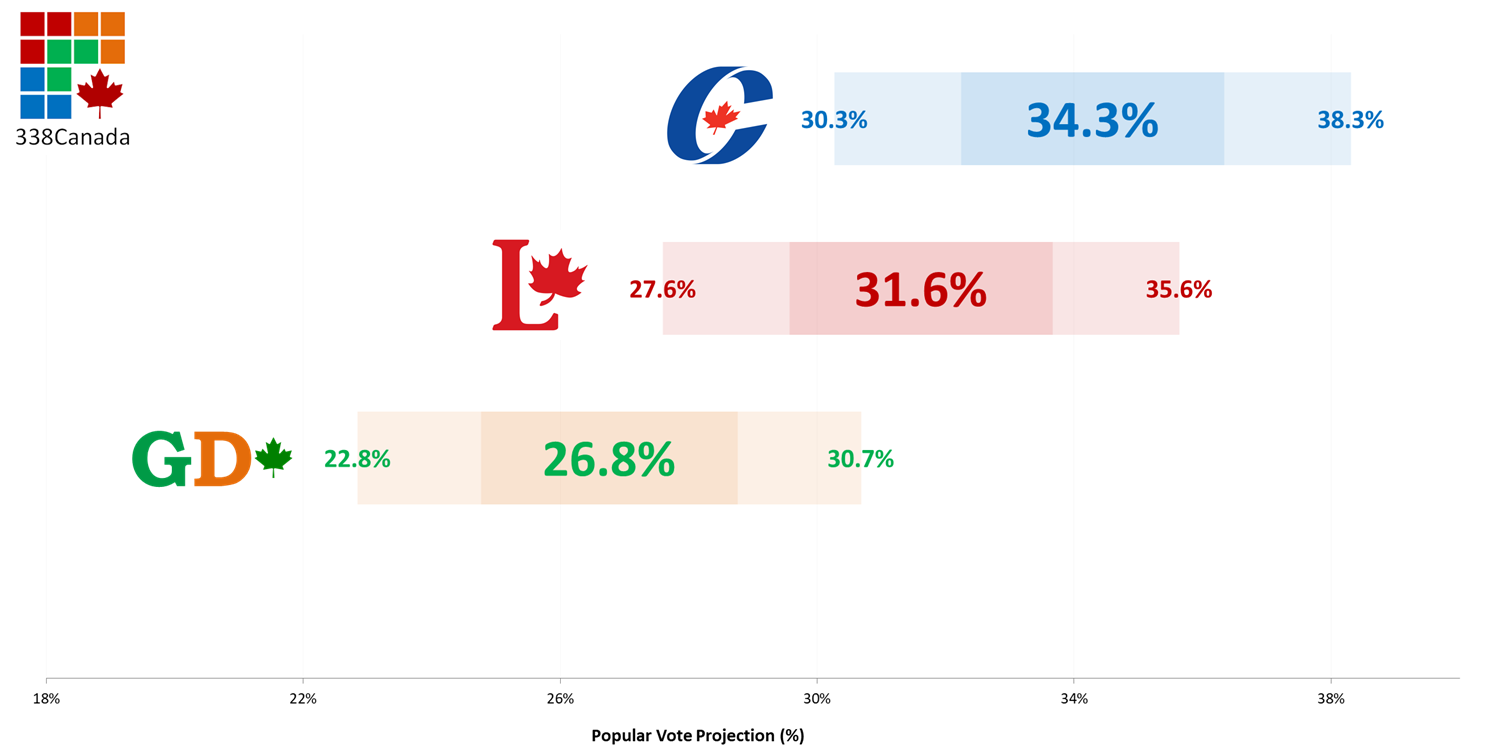 With this level of support, how would this theoretical new party fare in the seat projection? This is where it gets interesting. Here are the numbers.

By running the 338 electoral model with the numbers above, the Green Democrats would win an average of 59 seats, more than twice the current combined seat projections for the NDP and GPC. 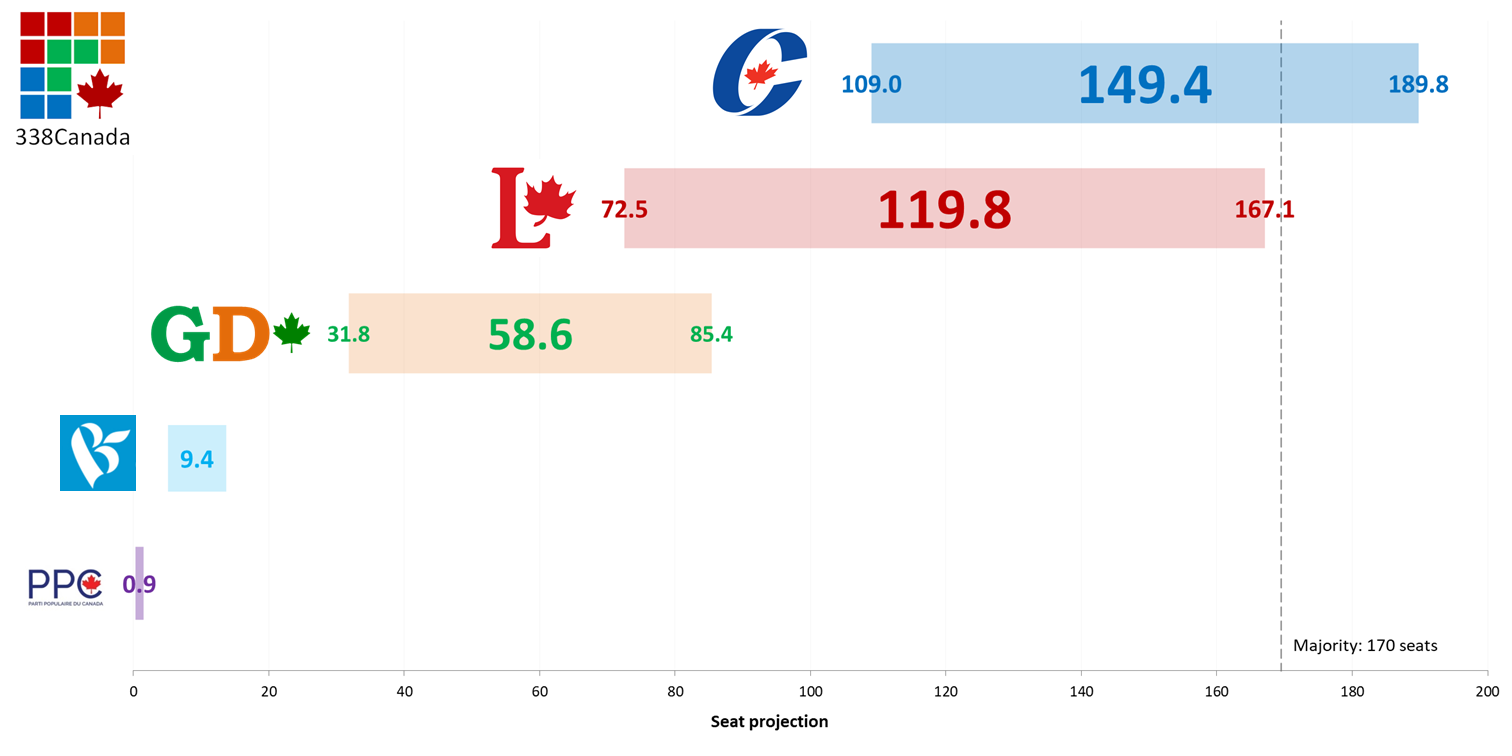 What is perhaps more striking is that neither the Conservatives nor the Liberals stand at an average above the 170-seat threshold for a majority at the House of Commons. In fact, more than 80 per cent of all 250,000 simulations run by the model resulted in a minority government where the Green Democrats hold the balance of power. MORE

In anticipation of International Refugee Day and to observe the 40th anniversary of the refugee sponsorship movement in Canada, Amnesty International Quinte and Quinte Immigration Services invite you to a screening of the film “Inside my Heart” (2018).  This film delivers a vital reminder about the humans who have been swept up in the global crisis which involves more than 68 million refugees.   Join us on Wednesday, May 15 at 1 p.m. at the Belleville Public Library.   This is a free event–all are welcome.  We are asking those interested in attending to RSVP to the QUIS office at 613-968-7723. 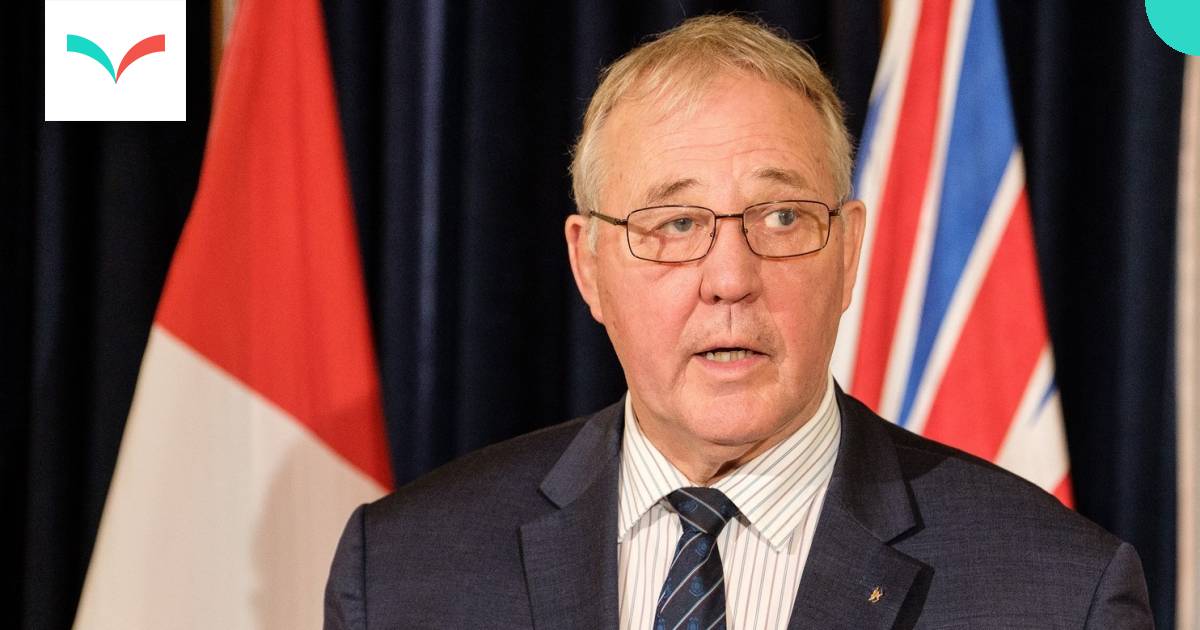 Expansion of border pact with U.S. is impractical, inhumane, and illegal | Ricochet

Minister of Border Security Bill Blair is seeking to expand the Safe Third Country Agreement and apply it to refugee claimants already in Canada, with the result that more asylum seekers will be returned to the United States. Meanwhile, Finance Minister Bill Morneau has announced that Budget 2019 will allocate new funds of over a billion dollars for this purpose, mischaracterizing those seeking refugee protection as wanting to “exploit Canada’s immigration system.”

Two major newspapers have since published editorials praising the move, noting that the proposal — which would see the RCMP apprehend and transport refugee claimants to the nearest port of entry to be removed — is a “logical and obvious solution.”

We think the proper descriptors are “illogical” and “illegal.”

This is the system to which Minister Blair hopes to remove claimants under the Safe Third Country Agreement .

The Safe Third Country Agreement bars migrants who enter Canada at official ports of entry from the U.S. from making refugee claims, with some exceptions. The premise of the agreement is that the U.S. and Canada are equivalent options for refugees, with both providing fair hearings and due process. Categorizing the U.S. as a safe country, however, is inaccurate.

The U.S. is a hostile environment for refugees. Asylum claimants often don’t have access to counsel, are prevented from making a claim if they wait more than one year after entry, and are kept in detention while their claims are assessed. Since 2016, the Trump administration has implemented the Muslim ban, closed the door on asylum claims based on domestic violence and gang violence, kept migrant children in cages, housed migrants in tent cities, and separated children from parents.

This is the system to which Minister Blair hopes to remove claimants under the Safe Third Country Agreement by apprehending those who present themselves at irregular border crossings and forcibly transporting them to official ports of entry. Already, the agreement causes harm. In Manitoba, there were multiple reports of serious frostbite in 2016, and in 2017 the body of Mavis Otuteye was found just south of our border. If the agreement is expanded to refugee claimants already inside Canada, people might take more dangerous routes into the country, placing this vulnerable population in an even more precarious situation. MORE