This is our time to decide — our time for a Green New Deal.

Are you a young person or a millennial?

Sign the pledge to vote for candidates who support a Green New Deal — a real action plan that tackles climate change and inequality.

For decades, fossil fuel billionaires and their political allies have put people and the planet in jeopardy. Last fall, scientists confirmed we only have 12 years to cut our emissions in half to avoid catastrophic climate change.

While the political establishment continues compromising our future, inequality keeps rising, injustice deepens, and the climate crisis gets worse and worse. Their time is over. The 2019 election is Our Time.

For this campaign, we’re focused on organizing young people and millennials under the age of 35. But to win, we will need everyone. If you’re young at heart or an ally in this fight, click here to join the movement.

CBC News produces a weekly newsletter, What On Earth,  on all things environmental. Every week, they highlight trends and solutions that are moving us to a more sustainable world. For example other articles included in the latest mailing are
The carbon footprint of protein, A primer on e-waste, and Nice day for a green wedding.

You can sign up here to get it in your inbox every Thursday.

Our story last week on the five things that Canada could do to significantly reduce carbon emissions garnered a lot of reader feedback, and one recurring criticism: Why didn’t we mention eating less meat?First off: Fair point. Meat production is indeed one of the biggest culprits for greenhouse gases. According to the United Nations’ Food and Agriculture Organization, livestock accounts for nearly 15 per cent of worldwide emissions. The emissions are produced through a variety of factors, including energy use (which often requires fossil fuels) and methane from the animals themselves.Derek Gladwin, a fellow of the UBC Sustainability Initiative at the University of British Columbia, said the largest chunk of these emissions — 11 per cent — comes from “unsustainable forms of mass-scale factory farming.” Gladwin said as much as 70 per cent of the Amazon has been deforested for factory-farmed beef.Mandating that Canadians eat less meat for the good of the planet would be a challenge for any government (likely even more so than getting countrywide buy-in for a carbon tax). Yet the latest version of the Canada Food Guide provided a nudge in that direction, suggesting consumers “choose protein foods that come from plants more often.”

Gladwin said there are “many” challenges when it comes to promoting a more plant-based diet. “The meat industry is one of the largest sectors of the Canadian economy and it retains strong social influence on politics, marketing, media and education more generally.”He doesn’t think most Canadians grasp the connection between meat production and carbon emissions. That may be so, but there’s no denying that more people are, if not shunning meat outright, looking for alternatives. MORE 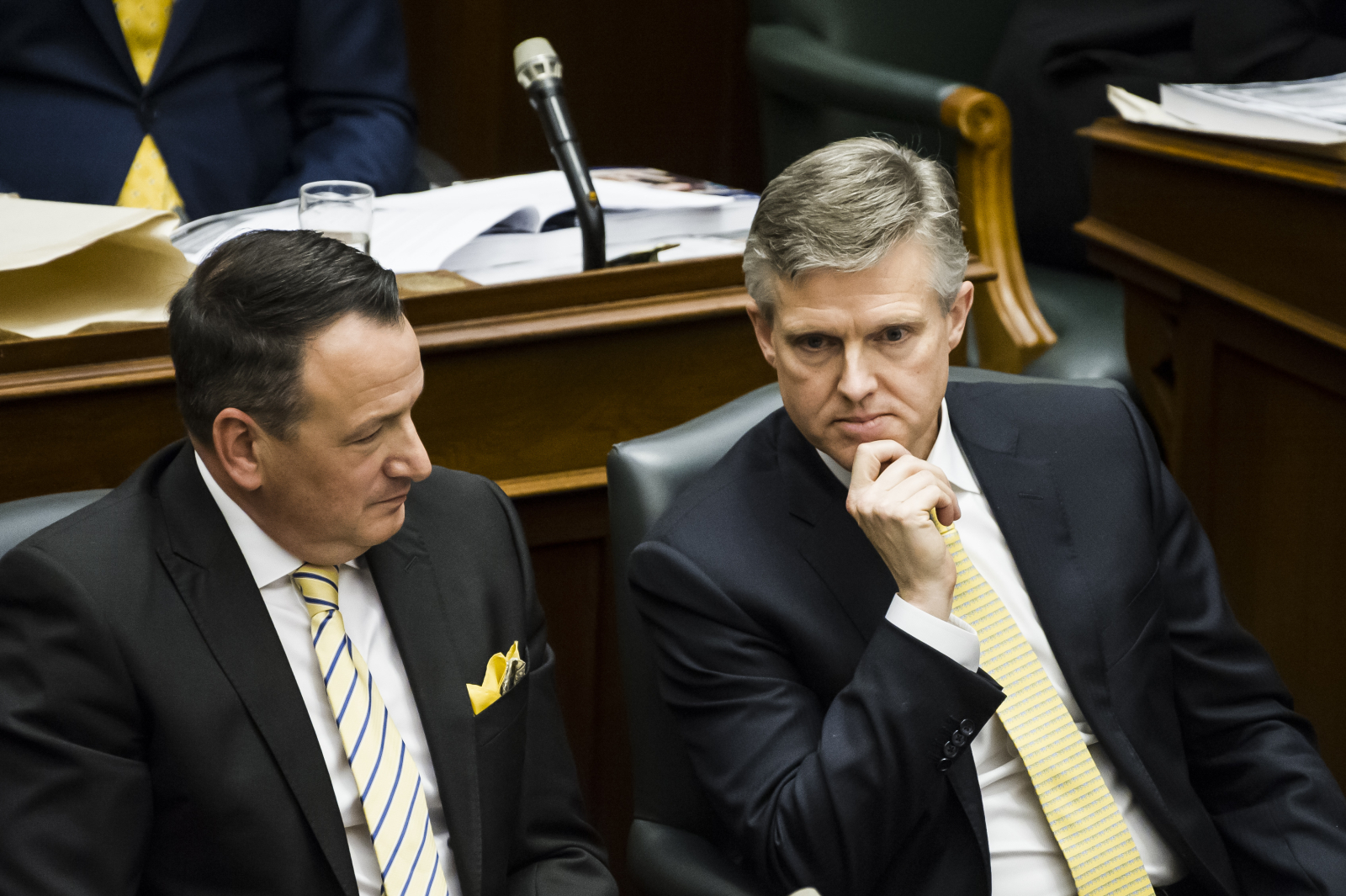 Ontario’s government wants to allow developers to pay a fee to avoid complying with environmental regulations that protect endangered species, while also making it harder for animals to make it onto that growing list.

Environment Minister Rod Phillips announced the creation of Canada’s first independent Crown agency on Thursday to make “informed, unbiased and expert decisions” on how to use the funds to protect and recover populations of species at risk.

The agency will be called the “Species at Risk Conservation Trust” and it will collect regulatory charges that applicant can pay instead of completing “some of the more onerous and lengthy requirements of a permit” needed to build in or near an endangered species habitat, Phillips said.

“But let me be clear: applicants would still be required to take the necessary steps to minimize adverse effects,” he said. “This payment is not, by any means, an opportunity for businesses to walk away. It is an opportunity for an increased efficiency and a more strategic focus on how we preserve species and their habitats.”

It was not clear why a business would pay the charge if it still had to do everything it would otherwise have to do to be mindful of species at risk. MORE

Ontario budget proves it’s not children who matter most Some of New York’s tallest towers are doing the most harm to the environment. Although buildings larger than 25,000 square feet only represent two percent of the city’s stock, according to the Urban Green Council that minority is responsible for up to half of all building emissions.

Now the New York City Council is finally cracking down on the worst offenders, and New York will soon become the first city in the world to constrain large building emissions through hard limits. Yesterday the council passed the eight-bill Climate Mobilization Act, a legislative package that some are comparing to a New Green Deal for New York.

The Climate Mobilization Act, which Mayor de Blasio is expected to sign, would set increasingly harsh limits on carbon emissions for buildings over 25,000 square feet beginning in 2024. According to the Urban Green Council, New York City produces 50 million tons of carbon dioxide a year, and buildings account for approximately 67 percent of that—meaning buildings over 25,000 square feet produce 35 percent, or about 13 million tons of carbon dioxide, a year.

The legislation covering the affected 50,000 buildings will roll out in phases. This year, an Office of Building Energy and Emissions Performance and an advisory board will be created at the Department of Buildings to both regulate and enforce the new standards. When the law fully takes effect in 2024, emissions from qualifying buildings will need to be reduced 40 percent from 2005 levels by 2030. The Climate Mobilization Act then takes things one step further and requires that these same buildings slash their emissions by 80 percent by 2050.

Why are large buildings such energy hogs? Lighting, heating, cooling, and tech requirements, combined with inefficient equipment, all constrained within leaky envelopes, have combined to create a perfect storm of waste. MORE