In the absence of legal remedies against ecocide, the Extinction Rebellion advocates non-violent civil disobedience to gain media and political recognition [see below]. On the other hand, writing  a letter to local media or to our political ‘leaders’ doesn’t seem such a high risk activity now, wouldn’t you agree?

Protest group Extinction Rebellion’s fight against climate change is making headlines – most recently when they stripped almost naked in the House of Commons. The Victoria Derbyshire programme went behind the scenes with the group, which urges people to break the law to save the world.

Controversially, the group is trying to get as many people arrested as possible.

Since its launch last year, members have shut bridges, poured buckets of fake blood outside Downing Street, blockaded the BBC and stripped semi-naked in Parliament.

Critics say they cause unnecessary disruption and waste police time when forces are already overstretched.

Mr Hallam is unrepentant: “If you’re a trade union, everyone knows that when you first go on strike everyone’s going, ‘Troublemakers.’ But then you have to state your case, which is, ‘If you don’t get this sorted, we’re going to die.'”

We filmed members as they blocked traffic in central London – playing cat and mouse with the police – and as young members glued themselves to the entrance of a fracking conference.

“Mass participation and civil disobedience maximise the chance of social change in this context,” he explains.

Breaking the law is the future of climate protests

Scientists estimate that emissions from just 90 companies contributed for nearly 50% of the rise in global mean surface temperature since the end of the Industrial Revolution. We have to make the criminal actors destroying our planet accountable. Lawyer Polly Higgins argues that making Ecocide a crime and holding principal actors personally responsible for their actions, is the most effective way to save our planet. Find out more about Mission Life Force here

Polly Higgins is a woman on the hunt. And you get the sense that, after decades of working towards holding powerful polluters to account, her prey may finally be in sight.

“They’re the ones where final responsibility rests for making the decisions that can adversely impact many hundreds of thousands, if not millions, and indeed — in the case of climate crime — billions of people.”

Climate activism is surging, with the school strikers chastising older generations for failing them, and Extinction Rebellion hitting headlines with its creative direct actions in the name of “climate justice”.

But Higgins has her own, more institutional approach to what she agrees is a looming climate crisis: making it illegal to deliberately destroy the environment. She is calling for the International Criminal Court in the Hague to recognise ‘ecocide’ as a crime against humanity, alongside genocide and war crimes. She explains:

“There’s a growing recognition that a lot of campaigning is not getting us where we need to go, and just saying fossil fuel extraction should stop is not enough. It has to be criminalised.”

That’s why, in 2010, Higgins proposed an amendment to the Rome Statute — the treaty that established the International Criminal Court. It defined ecocide as “the extensive damage to, destruction of or loss of ecosystem(s) of a given territory, whether by human agency or by other causes, to such an extent that peaceful enjoyment by the inhabitants of that territory has been or will be severely diminished.”

The County Sustainability Group has created a bursary of $1000 to be awarded annually in May to a young farmer (under 40) in Prince Edward County who best demonstrates the values of sound, sustainable, organic farm practices which regenerate soil health, protect vital resources such as water and biodiversity, reduce the need for synthetic inputs and prioritize renewable energy sources.

Applicants should demonstrate an understanding of the goals of Ecological Farmers of Ontario (EFAO). Candidates should submit their application letters describing their reasons for being considered for this award before April 30th to Don Hudson at valleypine.hudson@gmail.com or Don Ross at ecodonross@hotmail.com A winner will be selected and award money presented by May15th.

Funding for this bursary will be generated by proceeds from our annual Rain Barrel & Composter Sale held on the final Saturday of May 25. MORE

The Bloomfield Bicycle Company’s Guide to Cycling in the County maps several PEC road routes  for cyclists to enjoy. [See video below] Now ebikes are available from local vendors and offer an additional way to get around and enjoy our island treasure.  But as this article explains, using an ebike as your go-to mode of transportation also comes with a raft of health benefits.  They’re fun. Really fun. And they’re the most energy efficient mode of travel on the planet.

If you’re already making most of your daily trips by bike or on foot, you don’t need to read further. An electric bike is unlikely to improve your life. For everyone else, read on!

It’s time to get an electric bike. It will change your life. Seriously. I’m not kidding.

The benefits to cycling are legion. If a pill or a gadget could make you happy, improve your immune function, make you less likely to take sick days, make you less likely to get depressed, cure your depression better than current medications, give you more energy throughout the day, help you sleep, improve your skin, promote your brain health, prevent heart disease and type 2 diabetes, prevent dementia, reverse heart disease and diabetes, prevent multiple kinds of cancer, help you age well, and help you stay mobile and active until a few short years before your death, you would see people standing in line for days to purchase it. But the fact is exercise can accomplish all of the above for you. Indeed, 30 minutes of exercise a day is basically a wonder drug that is cheap, available to all, and has few side effects. Since you already have errands and commutes to do, walking or biking these trips is an easy way to ensure you get your vital 30 minutes a day. I’m a big fan of walking, but due to how our poorly US suburbs are designed (as opposed to The Ten Minute Neighborhood) most people can do few of their daily trips on foot. However, daily trips on an e-bike are very doable because e-bikes are just that great. Even better, they’re fun. Really fun. And they’re the most energy efficient mode of travel on the planet. MORE

Jason Kenney is just one of the many Conservative politicians (think Ford Nation and Bay of Quinte) who live in a make believe world where climate denial is the coin of the realm. They need to know that you support science based policies and action on our climate emergency. Don’t let them get away with their preposterous bluster unchallenged. Phone or write to them. It’s your family that is under threat. 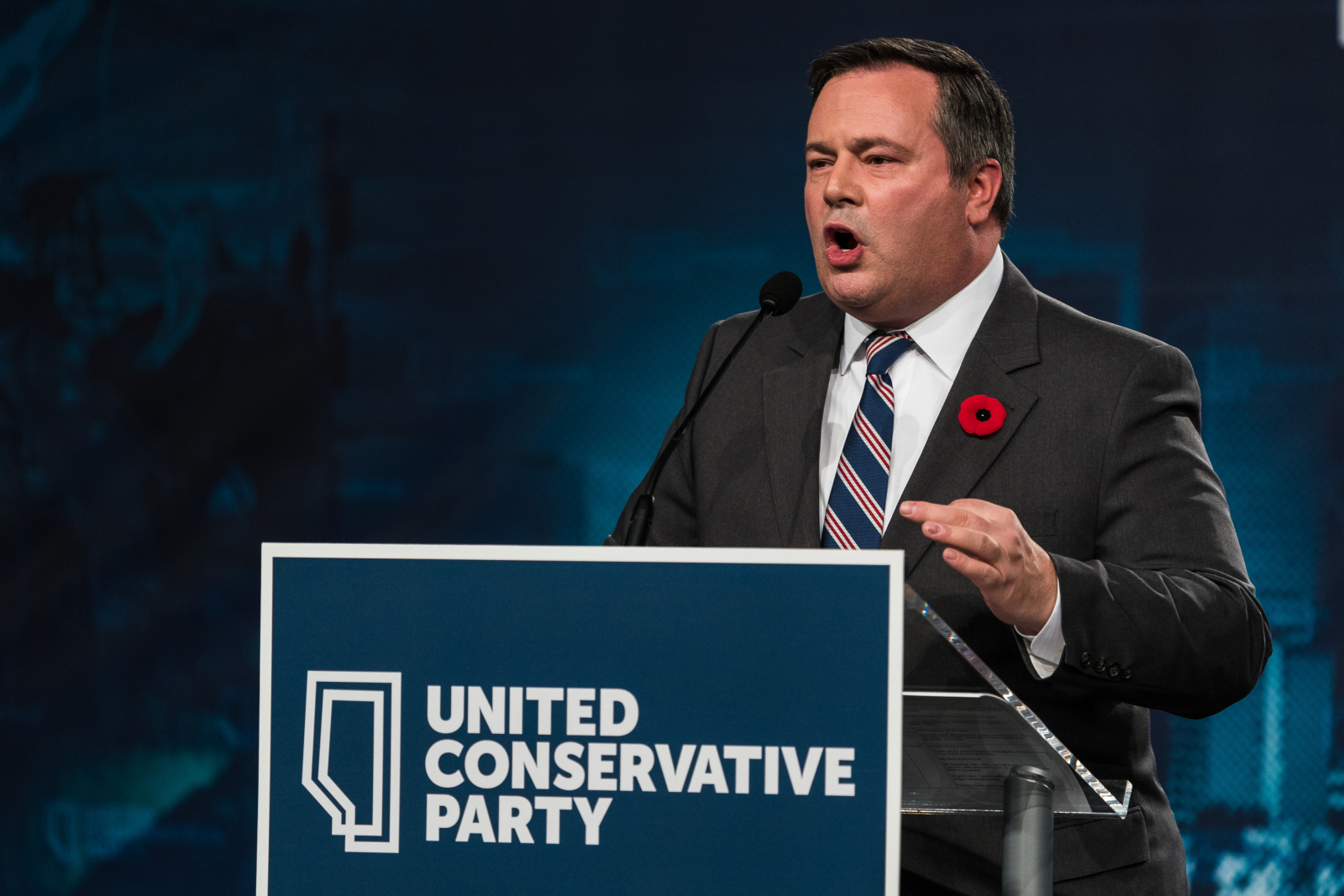 Alberta will soon have a new premier who has pledged a crackdown on environmental groups that criticize the oil-rich province’s fossil fuel industry.

Premier-designate Jason Kenney told a cheering crowd in Calgary last night that he would no longer let the province get pushed around by charitable groups such as the David Suzuki Foundation.

Kenney, who won a crushing majority government last night, also said that Alberta would do its part to fight climate change and promote reconciliation with Indigenous peoples, but he pledged to kill the province’s climate change policies, including a carbon tax.

Oilsands polluted more than entire economies of B.C. or Quebec