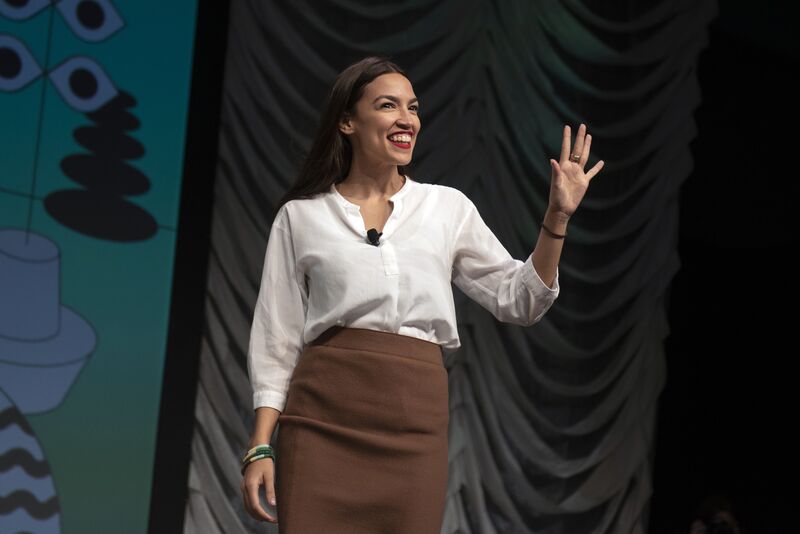 Democrat Alexandria Ocasio-Cortez, whose sudden rise to prominence has made her a target of Republicans and a sometime irritant to her party’s leaders, called capitalism an “irredeemable” system that is to blame for income inequality.

The 29-year-old, first-term U.S. House member from New York and self-described democratic socialist addressed an enthusiastic crowd Saturday at the South by Southwest conference in Austin, Texas, about issues that resonate with her fellow millennials, from universal healthcare to combating climate change.

“Capitalism is an ideology of capital –- the most important thing is the concentration of capital and to seek and maximize profit,” Ocasio-Cortez said. And that comes at any cost to people and to the environment, she said, “so to me capitalism is irredeemable.”

Though she said she doesn’t think all parts of capitalism should be abandoned, “we’re reckoning with the consequences of putting profit above everything else in society. And what that means is people can’t afford to live. For me, it’s a question of priorities and right now I don’t think our model is sustainable.”

Instead of conservative politicians scaring people that socialism means the government is going to take over their business, “we should be scared right now because corporations have taken over our government,” she said  SOURCE 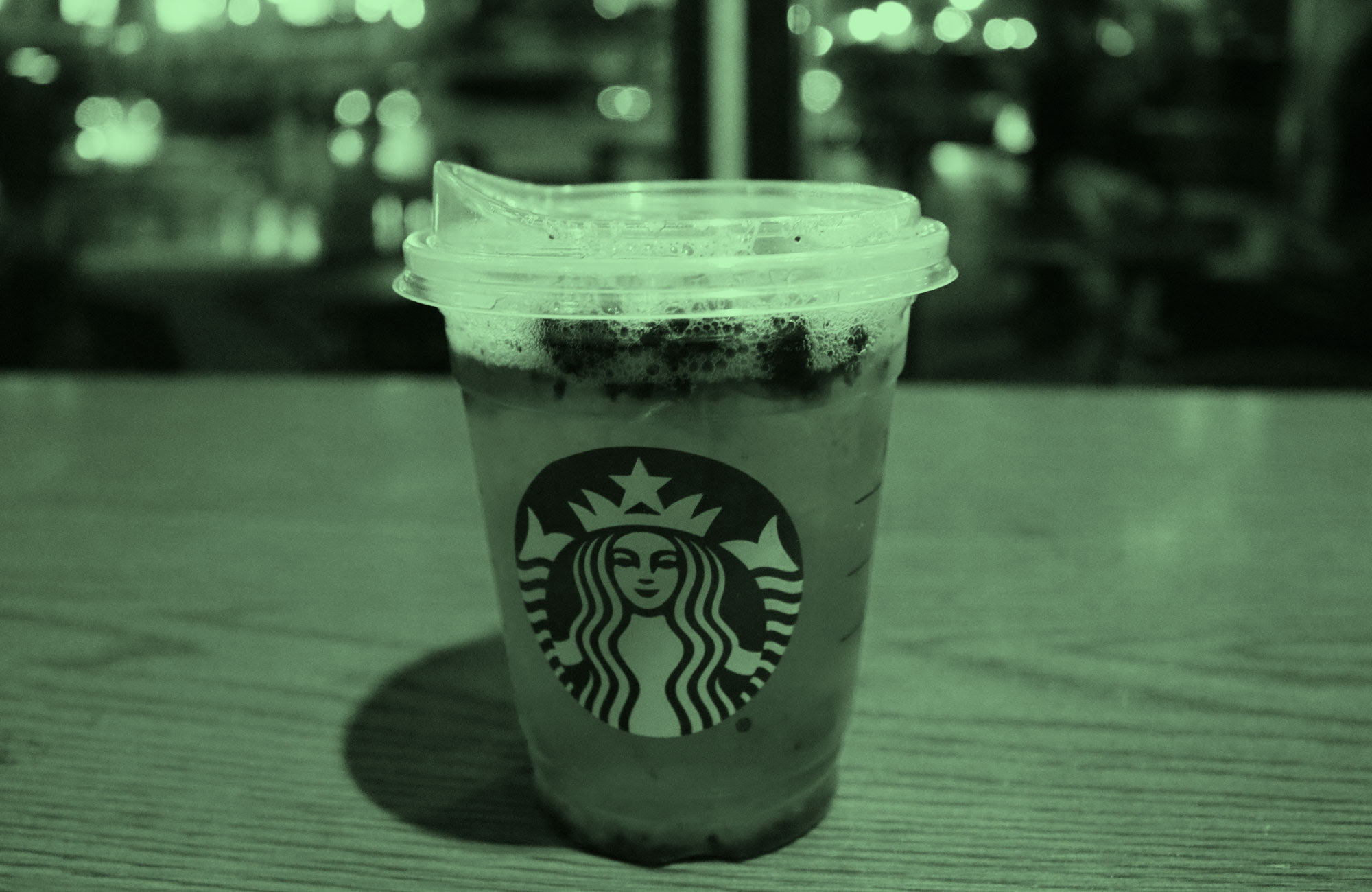 Globally, we produce nearly 300 million tons of plastic waste every year, and an estimated eight million of it ends up in the world’s oceans. A fair number of those items are disposable plastic packaging and cutlery used in fast-food restaurants.

A concerted push from environmentalists and conscientious consumers has forced big chains to grapple with their use of plastic, and some have found new ways to address the problem.

A&W Canada, for example, pledged their commitment last year to eliminating plastic straws by investing in paper ones. They’re produced by a company called Aardvark, which says their straws are 100 per cent biodegradable, compostable and sustainably sourced. A&W said the switch to paper will keep 82 million plastic straws out of landfills every year.

Last summer, Starbucks joined the movement to ban plastic straws, but their approach was: Why use straws at all?

The coffee chain said that by 2020, it will replace straws for most of their iced drinks with a recyclable strawless lid that is shaped like a child’s sippy cup (above). Starbucks says the lid shape will make it easy to sort and recycle, unlike plastic straws, which generally end up in landfills. MORE

CLIMATE CHANGE-FUELED DROUGHTS ARE A MUCH BIGGER THREAT TO CATTLE THAN THE GREEN NEW DEAL. (CREDIT: SCOTT OLSON/GETTY IMAGES)

One of the most common Republican attack lines since the Green New Deal resolution was introduced last month is that Democrats, namely Rep. Alexandria Ocasio-Cortez (D-NY), “want to take away your hamburgers.”

In the past week, Republican House members have staged a press conference during which they ate hamburgers in front of the U.S. Capitol. Republican senators have quipped, “maybe the chicken caucus is in favor of getting rid of cows.” And right-wing media outlets have run pun-filled headlines, like the Washington Times,’ “Sizzling anti-burger narrative puts Alexandria Ocasio-Cortez’s Green New Deal in a pickle.”

But the truth is, the real threat to hamburgers — and to food supplies in general — is Republican inaction on climate change.

The overheated, drought-riddled world their policies are driving us toward will be devastating to cattle. Red meat will become a scarce commodity — as it did during the severe drought in Texas earlier this decade. MORE

The Green New Deal is a proposal to transition the United States entirely to clean, renewable, zero-emission energy in all energy sectors, to promote removal of carbon from the air through natural reforestation and land preservation, and to create jobs. By focusing on renewable energy that is both clean and zero-emission, the Green New Deal reduces, in one fell swoop, energy insecurity due to the fossil fuel and nuclear industries, 62,000 deaths and millions more illnesses annually from US energy-related air pollution, and the US’ contribution to global warming.

Critics claim, though, that the Green New Deal is unaffordable and uneconomical and will sink the US into more debt. Having led the research team that developed science-based plans to transition each of the 50 states to 100% wind, water, and solar (WWS) in all energy sectors (electricity, transportation, heating and cooling, and industry), we conclude the opposite is true: the benefits of clean energy system greatly exceed the costs. 10 other independent research groups similarly find that 100% renewable energy systems are low cost without fossil fuels with carbon capture or nuclear power.

However, a 100% transition of all energy sectors by 2030, while technically and economically possible and desirable, may not occur that fast for social and political reasons. As such, we have consistently proposed a goal of 80% transition by 2030 and 100% no later than 2050 and hopefully earlier. The electricity sector, for example, can transition by 2035. If accomplished worldwide, this goal limits global warming to 1.5 degrees Celsius. MORE

Wind farms remain the most environmentally benign form of electrical generation we have ever managed to create, with solar farms a close second. They have the lowest greenhouse gas emissions per MWh, full life cycle. They mix boundary layers of air over fields, drawing moisture and warmth at night down to growing plants, reducing the likelihood of frost and increasing yields. They shade livestock. They take up about 1% of agricultural land in the areas that they spread across, usually the less arable corners, and perhaps 2% when placed on ridgelines. Their few downsides, such as the low bird and bat mortality figures, pale in comparison to the toll of fossil fuels both directly and through global warming. But that doesn’t mean that they are universally accepted by communities where they are being established. It’s important to provide care and feeding to those communities, to provide them the immunization that they often require from those irrationally or ideologically opposed to wind energy and to assist them in healing breaches that occur. Wind farms bring change, and change is often difficult.

The vast majority of opposition to wind farms occurs before they are built.