A TIDAL TURBINE array in the north of Scotland set a new world record for generating power and exporting it into the national grid. 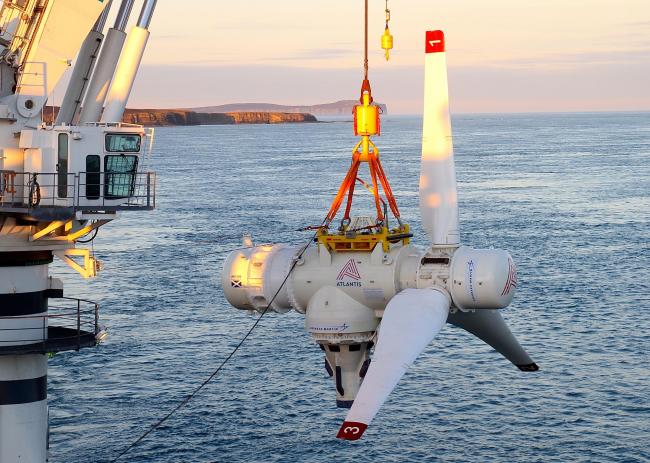 Simec Atlantis Energy’s Meygen four turbine set-up in the Pentland Firth has generated 12 gigawatt(GW) hours of electricity since it was switched on last April – enough to power almost 9,000 homes.

This beats a previous record set by Seagen in Strangford Lough, an inlet in County Down, Northern Ireland.

Tidal power and wave energy can create up to 30,000 jobs