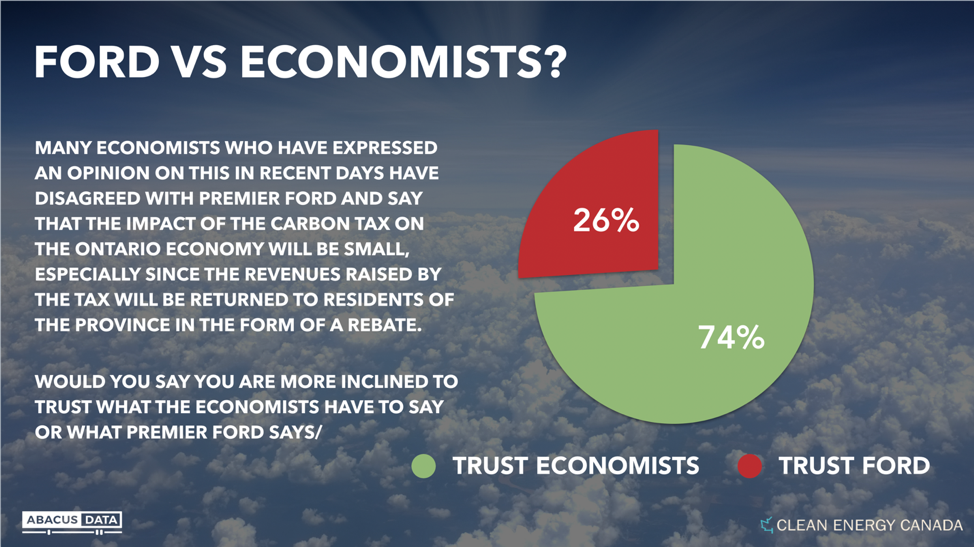 When Ontario Premier Doug Ford claimed the federal government’s carbon tax would cause a recession in Ontario, many economists disagreed. And it seems most regular people do as well.

According to the first in a series of Clean Energy Canada / Abacus Data nationwide polls: