More than 11 million UK homes could be suitable for a highly energy efficient, Dutch-style approach to retrofitting that could drastically slash carbon emissions, gas demand, and consumer bills, according to a new study today by Green Alliance.

The report argues that learning lessons from the Dutch government’s pioneering Energiesprong approach to retrofitting – a one-step method where ultra-efficient insulation, heat pumps and home batteries are all installed at the same time – could provide a solution for millions of fuel poor homes and make a major dent in UK emissions.

The method has been widely used to create net zero emission houses in the Netherlands, and sees rapid retrofits carried out which are then paid for through long term energy savings. Green Alliance estimates it has the potential in the UK to reduce emissions by 37 million tonnes overall, the equivalent to removing 17 million cars from the roads.  MORE

The secret to warmer, greener homes lies in going Dutch

A Green New Deal for Housing

Just a few days after Tesla (NASDAQ:TSLA) posted its second consecutive profitable quarter, the company has stated that it plans to acquire energy technology firm Maxwell Technologies, a California-based maker of ultracapacitors and batteries.

“We are always looking for potential acquisitions that make sense for the business and support Tesla’s mission to accelerate the world’s transition to sustainable energy.”

Maxwell Technologies specializes in the development of ultracapacitors. Prior to its acquisition by Tesla, Maxwell had been working on developing dry electrode technologies that could be utilized to create ultracapacitors that can store large amounts of electrical charge without losing energy — a breakthrough for electric cars and energy storage devices. Ultracapacitors are lauded by several industry watchers as a possible alternative to today’s batteries, considering their potential to be safer and more reliable technologies. 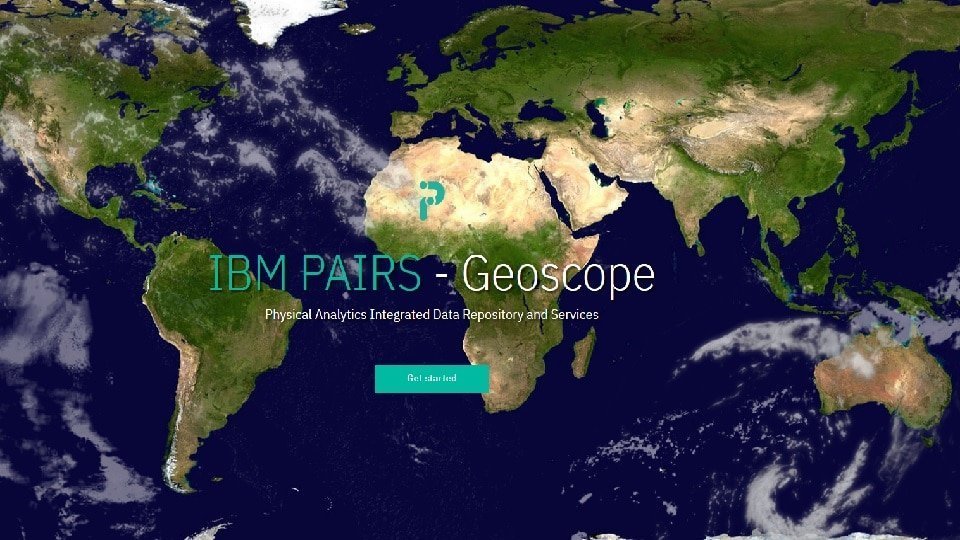 The application of data analytics with a spatial dimension is extending across most industry segments and yielding best results. Powered with Cloud technology, a comprehensive database helps companies in predictive analysis, identifying the errors and finding the best solution in less time.

The technology, known as IBM Pairs Geoscope, is a cloud-based service that utilizes hyperspectral imaging. Recently IBM successfully deployed it for reducing power outages by assisting energy companies to predict where trees and other vegetation may pose a risk to power lines.

Geospatial information, in spite of the great developments and technological advancements, is yet to be harnessed. The emergence of technologies like PAIRS Geoscope could prove to be a game changer in this regard. This would also enable us to address grave challenges like climate change. MORE

Carbon emissions are one of the big concerns impacting climate change, with projects from the development of carbon dioxide-scrubbing plants to businesses pledging to offset their carbon emissions being suggested as ways to reduce our carbon footprint. Now scientists from South Korea have come up with a breakthrough concept which can turn carbon emissions into usable energy.

Scientists from the Ulsan National Institute of Science and Technology (UNIST) developed a system which can continuously produce electrical energy and hydrogen by dissolving carbon dioxide in an aqueous solution. The inspiration came from the fact that much of the carbon dioxide produced by humans is absorbed by the oceans, where it raises the level of acidity in the water. Researchers used this concept to “melt” carbon dioxide in water in order to induce an electrochemical reaction. When acidity rises, the number of protons increases, and these protons attract electrons at a high rate. This can be used to create a battery system where electricity is produced by removing carbon dioxide.

The elements of the battery system are similar to a fuel cell, and include a cathode (sodium metal), a separator (NASICON), and an anode (catalyst). In this case, the catalysts are contained in the water and are connected to the cathode through a lead wire. The reaction begins when carbon dioxide is injected into the water and begins to break down into electricity and hydrogen. Not only is the electricity generated obviously useful, but the produced hydrogen could be used to fuel vehicles as well. The current efficiency of the system is up to 50 percent of the carbon dioxide being converted, which is impressive, although the system only operates on a small scale. MORE

Whether it’s out of a sincerely held belief or a profit motive, celebrities endorse products or lifestyle choices all the time. But concern about climate change has moved certain famous folks to appeal to our shared humanity.

Earlier this week, in an attempt to draw attention to the carbon footprint of meat production, a group of celebrities including Paul McCartney and actors Woody Harrelson and Joaquin Phoenix resorted to an elaborate ruse. Co-signing an impassioned letter by a 12-year-old California eco-activist named Genesis Butler, they challenged Pope Francis to go vegan for Lent. If he agrees, the campaign will offer $1 million US to a charity of the Pope’s choice. And it stands to reason that the Pope’s participation might also inspire Catholics to reconsider their own eating habits.Whether or not the Pope takes the bait, the Million Dollar Vegan stunt undoubtedly shines more light on the issue of meat production. According to the Food and Agriculture Organization of the United Nations, farming livestock accounts for about 18 per cent of global carbon emissions. People are unlikely to stop eating animal proteins. But eating fewer of them, and diversifying into plant-based ones, certainly benefits the planet.  MORE

When you add it all up, the picture is clear—contemporary agriculture is burning up our planet. And factory farms or, in industry lingo, Confined Animal Feeding Operations (CAFOs), play a key role in this impending disaster.

The science behind global warming is complex. Without question, coal plants, tar sands and natural gas fracking have contributed heavily to GHG pollution, the major cause of global warming. We must unite to shut down these industries. Similarly, consumer overconsumption of fossil fuels represents another big piece of the climate-crisis equation. We absolutely must rethink, retrofit and/or redesign our gas-guzzling cars and our energy-inefficient buildings, if we want to reduce fossil fuel use by 90 percent over the next few decades.

But we also must address the environmental impact of factory farming.

Today, nearly 65 billion animals worldwide, including cows, chickens and pigs, are crammed into CAFOs. These animals are literally imprisoned and tortured in unhealthy, unsanitary and unconscionably cruel conditions. Sickness is the norm for animals who are confined rather than pastured, and who eat GMO corn and soybeans, rather than grass and forage as nature intended. To prevent the inevitable spread of disease from stress, overcrowding and lack of vitamin D, animals are fed a steady diet of antibiotics. Those antibiotics pose a direct threat to the environment when they run off into our lakes, rivers, aquifers and drinking water. MORE With the climate change challenge growing more acute with every passing year, the need for the adoption of a new political economy that would tackle effectively both the environmental and the egalitarian concerns of progressive people worldwide grows exponentially. Yet, there is still a lot of disagreement on the left as to the nature of the corresponding political economy model. One segment of the left calls for the complete overthrow of capitalism as a means of dealing with climate change and the growing levels of economic inequality in the era of global neoliberalism, while another one argues against growth in general.

In the interview below, Robert Pollin, distinguished professor of economics and co-director of the Political Economy Research Institute at the University of Massachusetts-Amherst, explains some issues raised by each of these positions, and how to move toward solutions grounded in a fuller understanding of economic development. MORE

Money laundering in British Columbia has become a top issue for the federal and provincial governments with federal Finance Minister Bill Morneau vowing a “crack down” Friday, while the province considers a public inquiry.

“The importance of dealing with money laundering concerns is something that is clearly on our agenda,” said Morneau at a news conference in Victoria. “We need to be very clear, we crack down on any issues around money laundering.”

Last year, an international anti-money laundering organization said in a report that up to $1 billion annually was being filtered through some B.C. casinos by organized crime groups. The B.C. government also cited an RCMP intelligence report that estimated up to $1 billion from the proceeds of crime was used to purchase expensive Metro Vancouver homes. An RCMP official said Friday the Mounties are searching their data bases to find the report the government has cited.  MORE

The courts in Canada are grappling with a decision central to the relationship between Canadian and traditional indigenous laws. 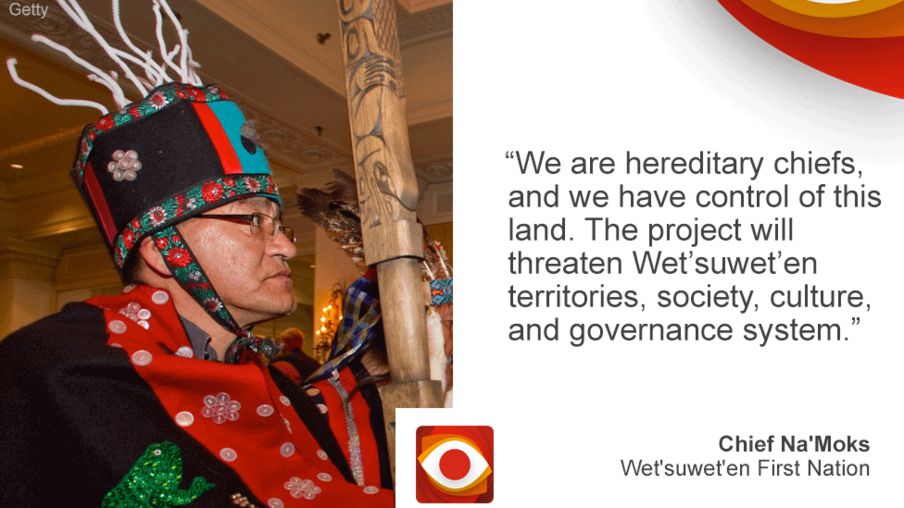 The dispute involves the construction of a multi-billion dollar gas pipeline in the province of British Columbia.

It’s a project which has exposed a rift between elected and hereditary chiefs of the Wet’suwet’en people, who disagree about whether to allow the pipeline to be built through traditional lands.

The elected councils have jurisdiction within the boundaries of the reservations to administer federal government legislation, but not the wider traditional territory which the pipeline would pass through.

The hereditary chiefs of the Wet’suwet’en nation are stewards and protecters of 22,000 square km (13,670 square miles) of traditional territory, outside the reservations.

They are concerned about the impact of the project on their land and natural resources. SOURCE