Global  consulting firm Wood Mackenzie has released a new report with the snappy title “Thinking global energy transitions: The what, if, how and when.” It claims 2035 will be the year when the world’s transition to renewable energy reaches critical mass. That year will be the “point of singularity,” the time when the world moves away from oil and gas to enter the age of renewables.

In an interview with PV Magazine, Christian Breyer, professor of solar economy at Lappeenranta University of Technology in Finland, puts the need for urgency in stark terms.

“We already have no other appropriate options than this 100% renewables pathway. This is not science fiction but a real world scenario that must be taken into serious consideration, unless we don’t want to commit a collective suicide. But this is not only a matter of survival, it is also the cheapest way to shape our energy future, as solar and renewables have the potential to reduce the LCOE of global power supply from €70/MWh in 2015 to between 50 and €55/MWh by 2050.

“The easiest part of this trajectory will be the switch to renewables of the power sector, while the hard job will have to be done for the transport, industry and chemical sectors. In the transport sector, marine and aviation will also have to go through electrification, as economically they only work with low-cost electricity, and this will come mainly from renewables in the future, particularly from solar.”

Professor Breyer concludes his interview with this thought. “A world energy system based exclusively on renewable energies and an almost fully electrified world are our only chances to avoid further disasters. This is absolutely doable, and at lower costs than today.”  MORE 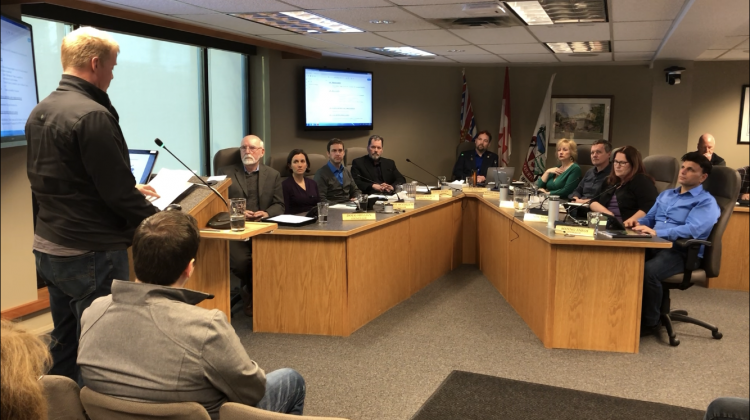 COURTENAY, B.C- The question of whether or not Courtenay city council will ask fossil fuel companies to pay for climate costs won’t be decided immediately.

That’s according to Courtenay mayor Bob Wells, speaking to the MyComoxValleyNow.com newsroom after a presentation from the Dogwood Initiative, a non-profit based in British Columbia, which advocates for support for environmental causes.

The group sent a delegation to the council meeting on Monday evening, encouraging council to send a “climate accountability letter” to twenty of the world’s largest fossil fuel companies. They included a draft letter, addressed to Chevron, talking about Courtenay’s flood costs. 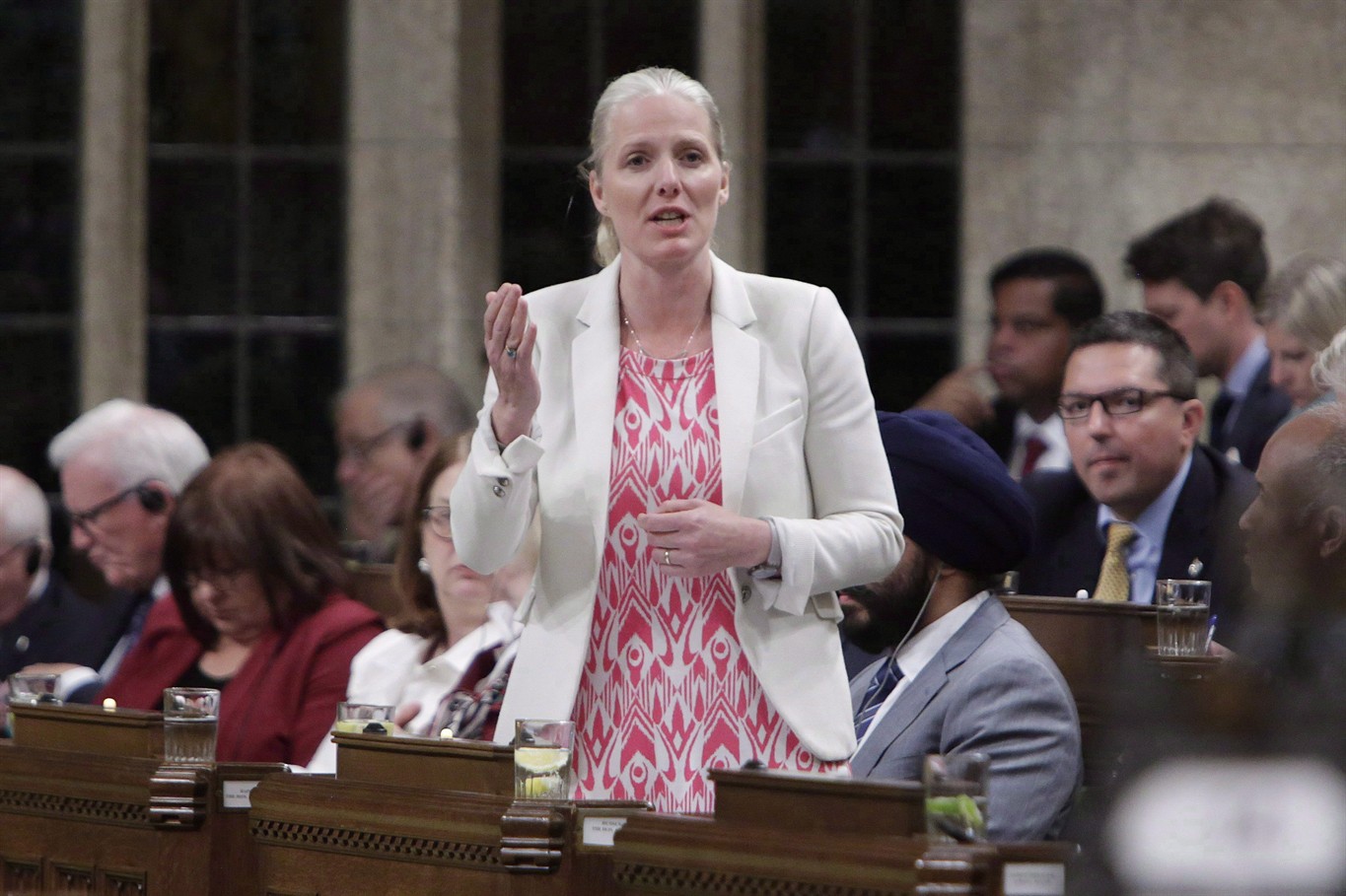 Minister of Environment and Climate Change Catherine McKenna speaks during question period in the House of Commons on Parliament Hill in Ottawa on June 14, 2018. THE CANADIAN PRESS/David Kawai

Canadian governments urgently need to collect and publish data showing how safe their citizens are from floods, fires and other hazards related to climate change, a federal advisory panel is recommending.

In a report released Tuesday, the panel says basic information such as the percentage of poor Canadians who are living in high-risk areas, or the readiness of infrastructure for the change in temperatures and rainfall, are inconsistent or simply not kept.

Panelists say 54 key indicators should be put in place by governments. Ontario Superior Court justices blasted the Ford government Monday for saying participants in the now-cancelled basic income pilot project were wrong to expect the study to run for three years.

Despite signing documents that said they would receive income for “up to” three years, it was not a “guarantee of three years,” government lawyer Christopher Thompson argued before the three-judge panel being asked to overturn the decision to kill the project.

But an incredulous Justice Fred Myers took aim at Thompson’s legal parsing of the English language.

Only 3 percent of companies are including nature as part of their adaptation strategy, a new study finds. Conservation International is working with companies to implement “green-gray infrastructure,” or infrastructure that combines mangroves and engineered structures, in the Philippines to protect communities on the coast. (© Nandini Narayanan)

Companies around the world are vastly underestimating the risks that climate change poses to their business, a new study finds.

The study, published today in the journal Nature Climate Change, analyzed disclosures from more than 1,600 global companies and found that they are collectively underreporting the financial implications of climate risks to investors by at least 100 times.

Human Nature spoke with Allie Goldstein, a scientist at Conservation International and the study’s lead author, about the findings. MORE

Twelve Canadian companies have been selected for the 2019 Global Cleantech 100 list, an annual guide to the world’s top 100 companies in green technology innovation. Image via Pixabay.

The Global Cleantech 100  is curated by Cleantech Group, an organization dedicated to helping businesses make strategic decisions in the cleantech industry.

All 12 companies were credited for their influence in solving the future’s sustainable technology challenges, and six of the listed companies are supported by the MaRS Discovery District.

“Canadian companies are making incredible progress around the world, and they’re positioning us as a leading supplier of game-changing products and solutions for our most pressing problems,” said managing director of MaRS Cleantech, Jonathan Dogterom. “We’re at an inflection point for cleantech investment in Canada, and our technologies are being adopted around the world to reduce our environmental footprint.”

Here are the Canadian winners: MORE

The educational systems of this country bear a large share of the responsibility for the current state of affairs.

All students, Aboriginal and non-Aboriginal, need to learn that the history of this country did not begin in 1492, or even with the arrival of Vikings much earlier. They need to learn about the Aboriginal nations that the Europeans met, about their rich linguistic and cultural heritage, about what they felt and thought as they dealt with such historic figures as Champlain, LaVerendrye and the representatives of the Hudson’s Bay Company. They need to learn why they negotiated treaties and that they negotiated them with purpose and integrity and in good faith. They need to learn why Aboriginal leaders and elders fight so hard to defend those poorly worded treaties and what they represent to them and why they have been ignored by Euro-Canadian settlers and governments.

They need to learn about what it means to have inherent rights, what those are for Aboriginal people, and the settler government’s obligations, in those areas where treaties have never been negotiated in the first place. They need to learn of the many issues that are ongoing and why.

They need to learn that the doctrine of discovery – the politically and socially accepted basis for European claims to the land and riches of this country – has never been accepted in Canadian courts and has been repudiated around the world, recently by the United Nations and the World Council of Churches.

But this is not enough. As I said before, mainstream Canadians see the dysfunction of Aboriginal communities but they have no idea how that happened, what caused it, or how government contributed to that reality through residential schools and the policies and laws in place during their existence. Our education system, through omission or commission, has failed to do that and misunderstanding, ignorance, and racism has resulted, on the one hand, and shame, humiliation, a lack of self-respect and anger has occurred, on the other. MORE

Ocasio-Cortez called the fight to mitigate the effects of climate change her generation’s “World War II.”

“Millennials and Gen Z and all these folks that come after us are looking up, and we’re like, ‘The world is going to end in 12 years if we don’t address climate change, and your biggest issue is how are we gonna pay for it?’ ” she said.

Climate change has been a driving issue for the freshman Democrat since arriving on Capitol Hill. In November, she joined a group of about 200 climate change protesters outside the office of then-Minority Leader Nancy Pelosi, D-Calif., when she arrived for her orientation. Since taking office, she has called for a “Green New Deal.” MORE 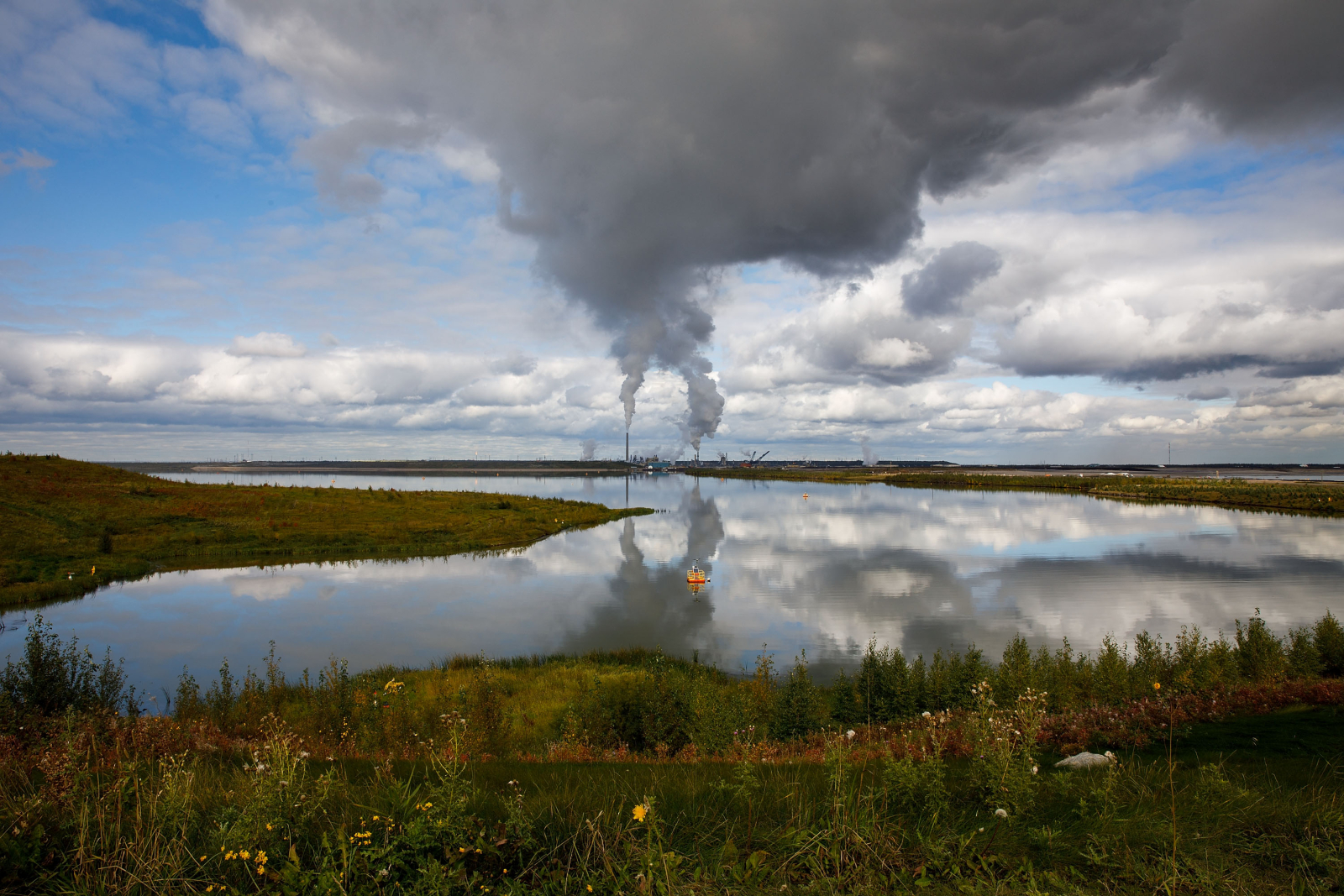 The Base Mine Lake with Syncrude’s Mildred Lake Mine can be seen in the background north of Fort McMurray, Alta., on Thursday, Sept. 13, 2018. Photo by Codie McLachlan/Star Metro Edmonton

While the world watches, the mining companies operating here have been allowed by regulators to pursue a clean-up technique called water capping.

It’s supposed to work like this: put the tailings into a mined-out pit, then cover it with fresh water from a nearby river or reservoir. The idea, according to oil producer Syncrude, is that the tailings will settle to the bottom and over time the lake will turn into a healthy ecosystem supporting fish, animals and aquatic plants.

“It’s biologically and chemically an impossible fantasy,” said David Schindler, a former University of Alberta professor and renowned freshwater scientist and officer of the Order of Canada. MORE

Last week, newly elected U.S. Rep. Alexandria Ocasio-Cortez made headlines when she said, as part of the fourth annual MLK Now event, that facial-recognition technologies and algorithms “always have these racial inequities that get translated, because algorithms are still made by human beings, and those algorithms are still pegged to basic human assumptions. They’re just automated. And automated assumptions — if you don’t fix the bias, then you’re just automating the bias.”

Does that mean that algorithms, which are theoretically based on the objective truths of math, can be “racist?” And if so, what can be done to remove that bias? [The 11 Most Beautiful Mathematical Equations]

It turns out that the output from algorithms can indeed produce biased results. Data scientists say that computer programs, neural networks, machine learning algorithms and artificial intelligence (AI) work because they learn how to behave from data they are given. Software is written by humans, who have bias, and training data is also generated by humans who have bias.

The two stages of machine learning show how this bias can creep into a seemingly automated process.  MORE