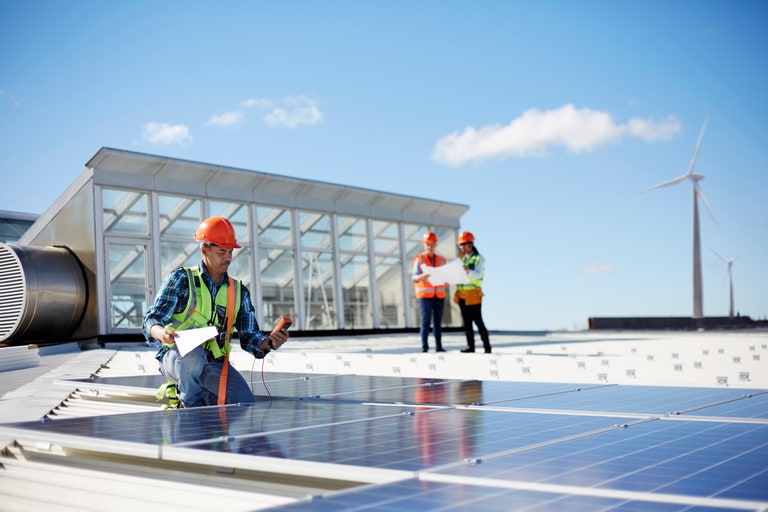 Going forward, the best new buildings will perform like mini power plants that can not only support their own electrical needs but also send excess energy back to the grid. Photo: Caiaimage / Trevor Adeline / Getty Images

Ocasio-Cortez’s plan, which emphasizes decarbonization, job creation, and social and economic justice, is politically audacious—it aims for 100 percent renewable energy within 12 years—but in line with the Intergovernmental Panel on Climate Change (IPCC)’s most recent warning that the world has about a decade to get climate change under control if we are to thwart its worst effects. With close to half of all greenhouse gas emissions coming from the built environment, architects and designers should feel welcome wading into the conversation.

In the past, buildings were designed to hold people and things and to receive energy along a one-way artery from a faraway grid. Under a Green New Deal, that way of building would be considered outdated and obsolete. Instead, buildings would be considered mini power plants that can not only produce enough energy to supply their own needs, but also fuel vehicles and send excess energy back to the grid.

“If you don’t build it to zero-energy now, you run the risk of being obsolete in ten years.”

“There’s a loosening of the boundaries around things that define energy—they’re not siloed anymore,” says Jacob Corvidae, a principal at the Rocky Mountain Institute’s Buildings Practice. “Suddenly, a building is not just a building.” MORE