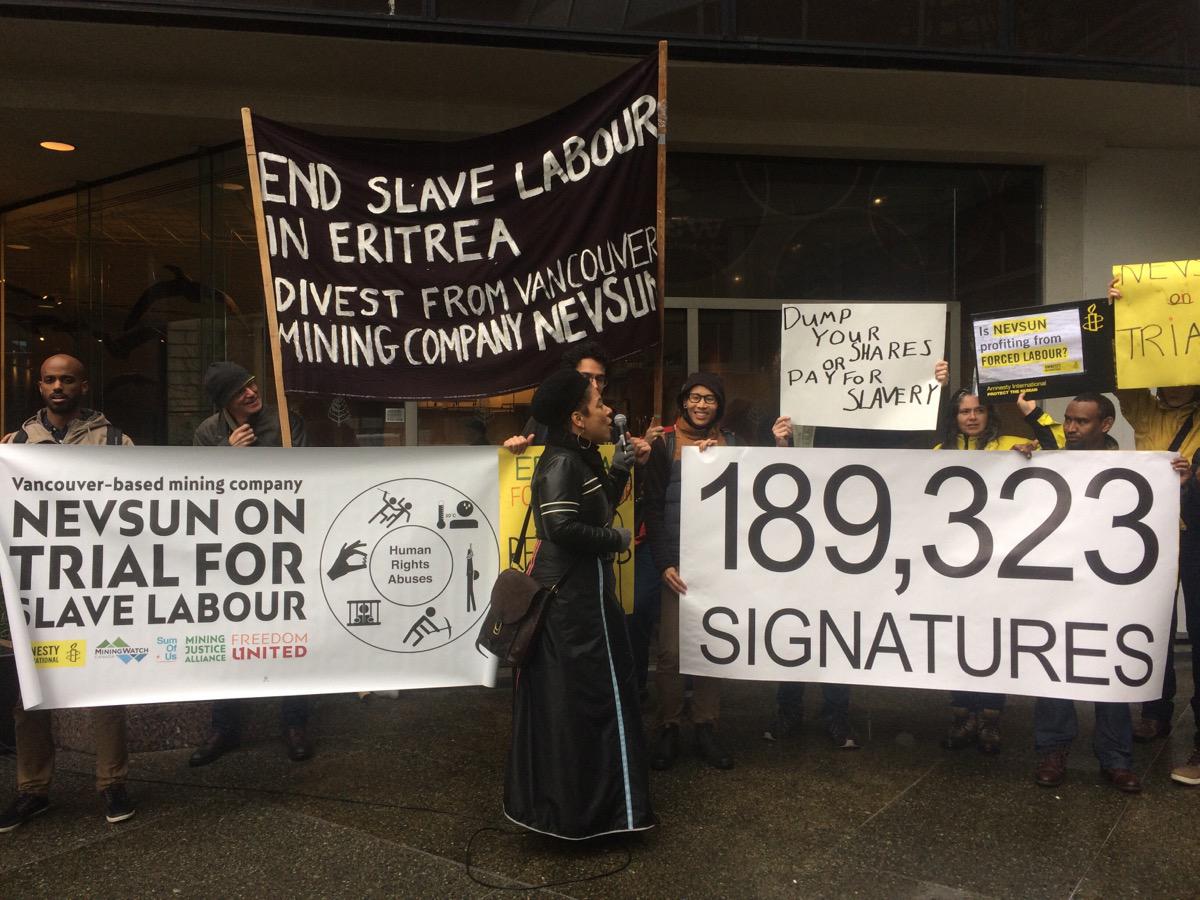 Today, the Supreme Court of Canada is hearing an appeal by Nevsun Resources Limited (TSX: NSU/NYSE MKT: NSU) of lower court rulings that accusations against it regarding the use of forced labour at its Bisha mine in Eritrea should be heard in British Columbia, not Eritrea. MiningWatch Canada is not directly involved in the lawsuit itself, but we are intervening in the Supreme Court appeal because we are deeply concerned that the victims of abuse in connection with Canadian mining operations internationally should be able to seek justice in Canada.

The Court of Appeal for British Columbia upheld the ruling by the Supreme Court of British Columbia rejecting efforts by Vancouver-based Nevsun to dismiss a lawsuit brought by three Eritrean men who allege they were forced to work at the company’s Bisha mine in that country. Nevsun was granted leave to appeal that judgment to the Supreme Court of Canada. In addition to the plaintiffs in the case, a number of groups will be intervening along with MiningWatch: Amnesty International Canada, together with the International Commission of Jurists; the Mining Association of Canada; EarthRights International and the Global Justice Clinic at New York University School of Law; and the International Human Rights Program at the University of Toronto Faculty of Law. The factums for the appeal are available on the Supreme Court’s case information page. MORE