Plans are in the works to rebuild the wood and secondary timber industries in British Columbia by ensuring more logs are processed in the province, said Premier John Horgan.

The forest sector revitalization plan will be done through incentives and regulation changes, he said in a speech at the annual Truck Loggers Convention on Thursday.

The policy changes include increasing penalties for late reporting of wood waste, and reducing the waste by redirecting it to pulp and paper mills.

The actions will reverse a systematic decline that has taken place in the coastal forest sector over the past two decades, he said, adding the plan will be implemented through a series of legislative, regulatory and policy changes over the next two years.

More timber can be processed here in B.C. and to accomplish that the government will reform raw log export policy, discourage high grading and curtail the export of minimally processed lumber, he said. MORE

If you’ve spent any time on Facebook, Twitter, or for that matter in comment sections, you’ve probably seen them. The people who virulently hate wind energy. The irrational ones who ignore the clear science that shows that it’s perfectly healthy, that windows and cats kill orders of magnitude more birds, and who refuse to accept the evidence from around the world that it’s cheap and easy to integrate into grids. Often they are global warming deniers as well.

Photo by Sam Forson from Pexels

But who you won’t see are wind farm developers or their representatives. They manage billions of dollars of investment and multi-year approval and construction schedules, but communication through one of the new channels of this century is given short shrift. MORE 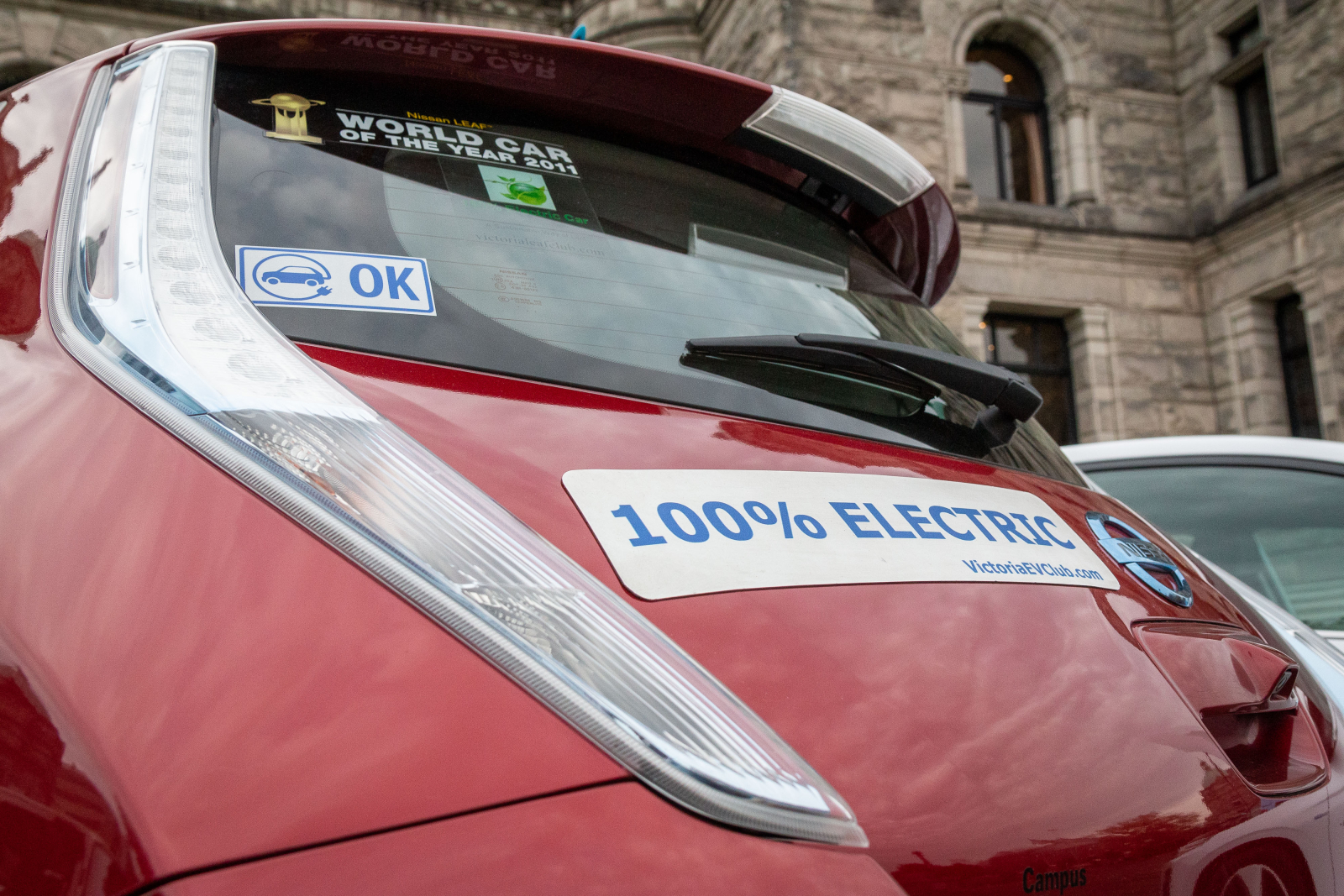 Talks between the federal and provincial governments appear to have sputtered on launching a national electric vehicle strategy.

A joint agreement addressing vehicle electrification is expected to be unveiled Monday when transport and highway safety ministers meet in Montreal for their annual meeting.

Transportation accounts for roughly a quarter of greenhouse gas emissions in Canada, and the federal climate plan calls for expanding the number of zero-emission vehicles on the roads. Yet, while plug-in electric sales in 2018 more than doubled from 2017, they still only represent 2.2 per cent of all new cars sold.

Sources say Ottawa wants to put something aggressive on the table. That could take the form of an electric vehicle (EV) sales mandate requiring a percentage of sales to be vehicles that don’t emit carbon  pollution linked to climate change, or rebates that help lessen the burden of new EV costs for Canadians. MORE

Trudeau bold on pipeline investment, but timid when it comes to electric cars

Standard Industries will now offer solar installation when it does roofing work in the U.S., in a potentially huge move for solar adoption.

If you own a house and replace your roof, there’s a good chance that your contractor may now ask if you want to include solar power–whether you live in Arizona or, say, North Dakota, where solar has been slower to grow.

Standard Industries, the largest roofing company in the world just launched a new startup called GAF Energy that aims to drive adoption of rooftop solar. By targeting roofing customers of Standard Industries U.S. subsidiary GAF, the company believes that it can move faster than other solar installation companies.

The company will sell PV panels that are engineered to install like skylights, so they become a seamless part of the roof, avoiding the risk of leaks that DeBono says are possible if solar panels are attached to a roof on separate racks. (The design looks more like solar panels than Tesla’s solar shingles, but has a similarly low profile.) Installing at the same time as the rest of the roof helps keep costs low. MORE

Watch as Ford Motor Co. flexes its manufacturing muscles, where a new Ford F-150 rolls off the line every 53 seconds at the Rouge Complex in Dearborn. Ford Motor Company, Detroit Free Press

Ford Motor Co. confirmed plans to build a fully electric F-Series pickup, which industry observers called an unexpected move that protects the truck franchise against Tesla and other competitors.

“We’re going to be electrifying the F-Series — battery electric and hybrid,” Jim Farley, Ford president of global markets, said Wednesday during a presentation at the Deutsche Bank Global Automotive Conference in the MGM Grand in Detroit.

In framing the company’s redesign, Farley said a move toward all-electric and hybrid would “futureproof” the billion-dollar F-Series franchise, which he called a “global juggernaut.” MORE

Thirty years ago, all 197 countries got together to ban the gases damaging the Earth’s ozone layer. Now we need to unite to combat an even greater threat. What can we learn from 1989 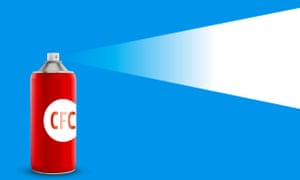 The ban on chlorofluorocarbon (CFC) gases has been an incredible success story. Composite: Alamy/Guardian Design

The Montreal protocol, which came into effect 30 years ago, was drawn up to address the alarming thinning of the ozone layer in the Earth’s stratosphere. It was the first agreement in the history of the United Nations to be ratified by all 197 countries. Since it came into effect on 1 January 1989, more than 99% of the gases responsible for the problem have been eradicated and the “ozone hole” – which, in the late 80s, vied for headline space with the cold war, Diana, Princess of Wales, and Madonna – is receding in the sky and the memory.

According to the latest UN study, the “ozone holes” (there are actually two: one above each pole) are healing at the rate of 1% to 3% a decade and will have completely vanished in the northern hemisphere by the 2030s and the southern hemisphere by the 2060s. This is cause for back-slapping, but also frustration that the world has not been able to unite as effectively over the climate and biodiversity crises. Here are half a dozen lessons.  MORE 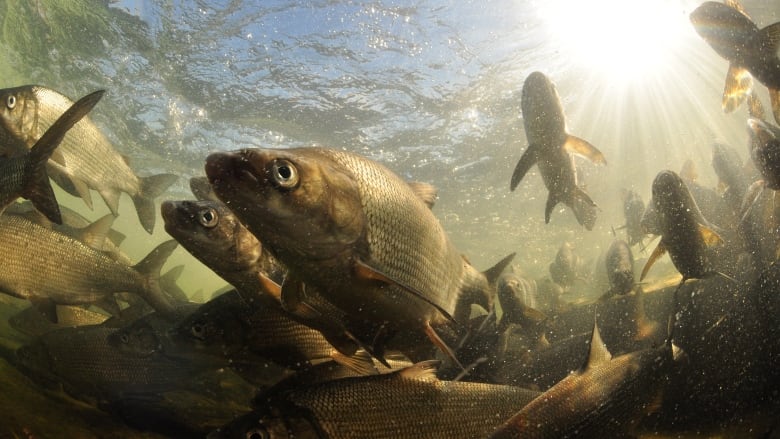 Lake whitefish are a species of cold water fish native to Ontario that First Nations Fishing communities along the great lakes have created their livelihoods from. (Paul Vecsei via Engbretson Underwater Photography/WWF)

The fishing communities of Saugeen First Nation and Chippewas of Nawash are finding higher winds and warmer temperatures are affecting populations of lake whitefish in Lake Huron and Georgian Bay, which many rely on for their livelihoods.

Now they’re taking steps to document the changes they’ve been observing and figure out how to adapt to them.

“We know something’s happening and all the fishermen are in agreement with that. We’ve heard many times that climate change is not here yet, which is concerning because we know it is.”

By collecting this information, Akiwenzie said the alliance also trying to create a baseline of knowledge to assess when the fishermen started to notice things changing in the water. MORE