Calving grounds of caribou herd among areas to be opened to drilling, despite protection agreement 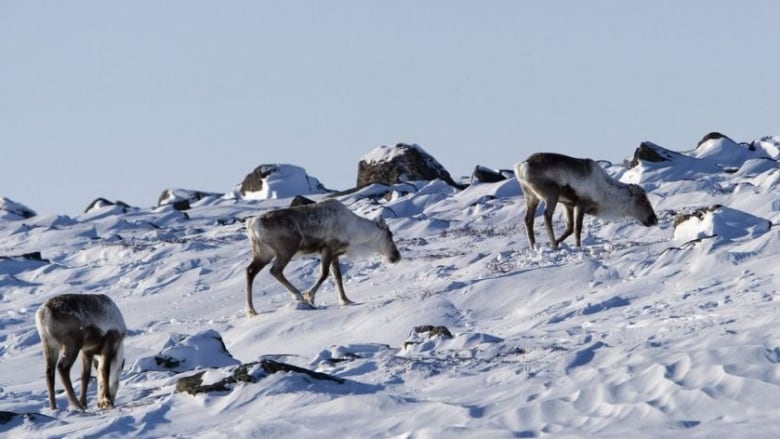 Wild caribou are seen near the Meadowbank Gold Mine in Nunavut on Monday, March 23, 2009. The federal government, two territorial governments and several First Nations in Canada are expressing concerns to the U.S. over plans to open a massive cross-border caribou herd’s calving ground to energy drilling, despite international agreements to protect it. (Nathan Denette/The Canadian Press)

The Canadian government, two territories and several First Nations are expressing concerns to the United States over plans to open the calving grounds of a large cross-border caribou herd to energy drilling, despite international agreements to protect it.

“Canada is concerned about the potential transboundary impacts of oil and gas exploration and development planned for the Arctic National Wildlife Refuge Coastal Plain,” says a letter from Environment Canada to the Alaska office of the U.S. Bureau of Land Management.

Yukon and the Northwest Territories have submitted similar concerns as the administration of U.S. President Donald Trump drafts plans to study the environmental impact of selling exploration leases on the ecologically rich plain. MORE