Skip to content
The standoff between Wet’suwet’en hereditary Chiefs and the RCMP in northern British Columbia is strewn with painful ironies. Below I outline two of them.

Irony #1: The Wet’suwet’en Chiefs’ actions are a manifestation of Aboriginal title

The Gidmet’en Checkpoint was an indicator of Wet’suwet’en Aboriginal title and an expression of that title.

Is it any wonder that the international media sees these disturbing images and concludes that Canada, a country that preaches the rule of law to others all around the world, appears incapable of upholding its own laws in respect of Indigenous Peoples?

Irony #2:  The Hereditary Chiefs are the Ones who have fought for the Recognition of Wet’suwet’en Title 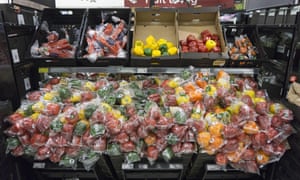 Peppers packaged in plastic at an Asda in south London. On average UK retailers pay £18 per tonne towards recycling compared to up to £133 per tonne in other European countries. Photograph: Justin Tallis/AFP/Getty Images

Britain’s leading supermarkets create more than 800,000 tonnes of plastic packaging waste every year, according to an investigation by the Guardian which reveals how top chains keep details of their plastic footprint secret.

As concern over the scale of unnecessary plastic waste grows, the Guardian asked Britain’s eight leading supermarkets to explain how much plastic packaging they sell to consumers and whether they would commit to a plastic-free aisle in their stores.

The chains have to declare the amount of plastic they put on the market annually under an EU directive. But the information is kept secret, and Tesco, Sainsbury’s, Morrisons, Waitrose, Asda and Lidl all refused the Guardian’s request, with most saying the information was “commercially sensitive”.  MORE 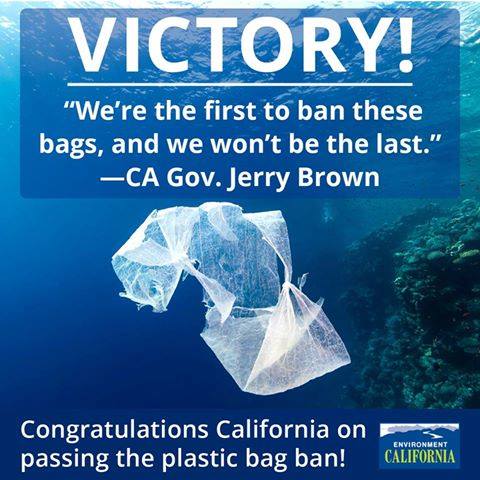 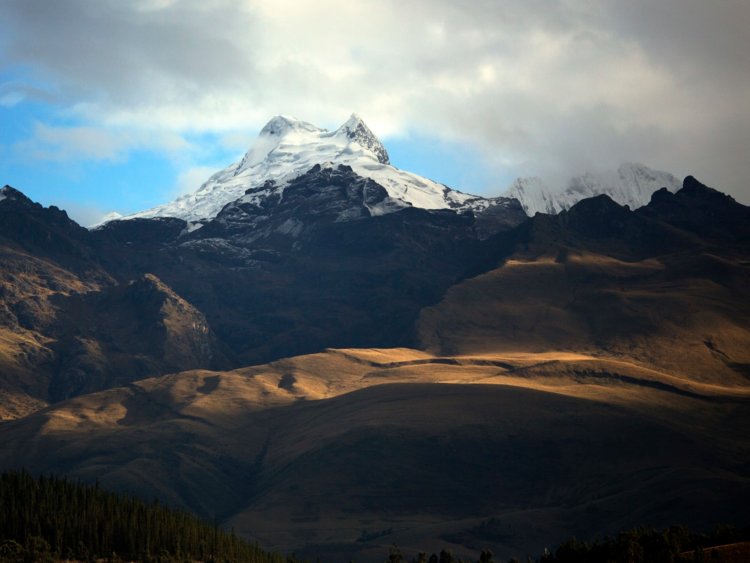 The Vallunaraju mountain stands high in the Andes, early morning in Huaraz, Peru, Wednesday, Dec. 3, 2014. The Wyss Foundation is donating $8.5 million to the Andes Amazon Fund, which protects forests in the headwaters of the Amazon River basin. Rodrigo Abd/AP

Hansjörg Wyss, a Swiss philanthropist, has pledged $1 billion to land and ocean conservation. The Wyss Foundation wants to help preserve 30% of the planet’s wild lands and oceans by 2030. An increase in conservation can help prevent animal and plant species from going extinct, and it can expand the availability of clean air and drinking water.

Wyss, a billionaire and conservationist, wrote in a New York Times op-ed that his eponymous foundation will donate the money over the next 10 years to conservation projects led by indigenous people, local leaders, and conservation groups. He wants to help conserve 30% of the planet by 2030, adding that lands and waters are best protected when they are turned into public national parks, marine reserves, and wildlife refuges. MORE

Read more: So many animals will go extinct in the next 50 years that it will take Earth at least 3 million years to recover, a study has found

The political futures of Prime Minister Justin Trudeau and Premier John Horgan are tied to the LNG Canada project.DARRYL DYCK / THE CANADIAN PRESS

Anything that threatens the massive LNG Canada project also poses an immediate political threat to Trudeau and Horgan….

Compounding that is the vow by First Nations protesters to keep fighting the pipeline in court.

“Wet’suwet’en hereditary chiefs have, by absolutely no means, agreed to let the Coastal GasLink pipeline tear through our traditional territories,” the protesters said in a statement.

The Wet’suwet’en First Nation was part of the historic 1997 Delagmuukw decision of the Supreme Court of Canada that confirmed the existence of Aboriginal title over land. MORE

Currently one of the most vital front lines is on Wet’suwet’en First Nation land in “British Columbia,” Canada.  Wet’suwet’en defenders stand in the way of a zombie pipeline due to transport toxic liquid natural gas over their land to ocean tankers.  The land defenders are under siege by Canada’s national government and its police.  This whole abominable project is owned and paid for by the people of Canada, and promoted by the authorities – in our name.

The Wet’suwet’en defenders are putting their lives on the line, for the earth and for all of us.  Most of us can’t be there with them.  But whoever and wherever we are, we still have other capacities, including our voices.  Let’s use them well. MORE

Pipeline owners say they have consent, but Wet’suwet’en leaders are divided 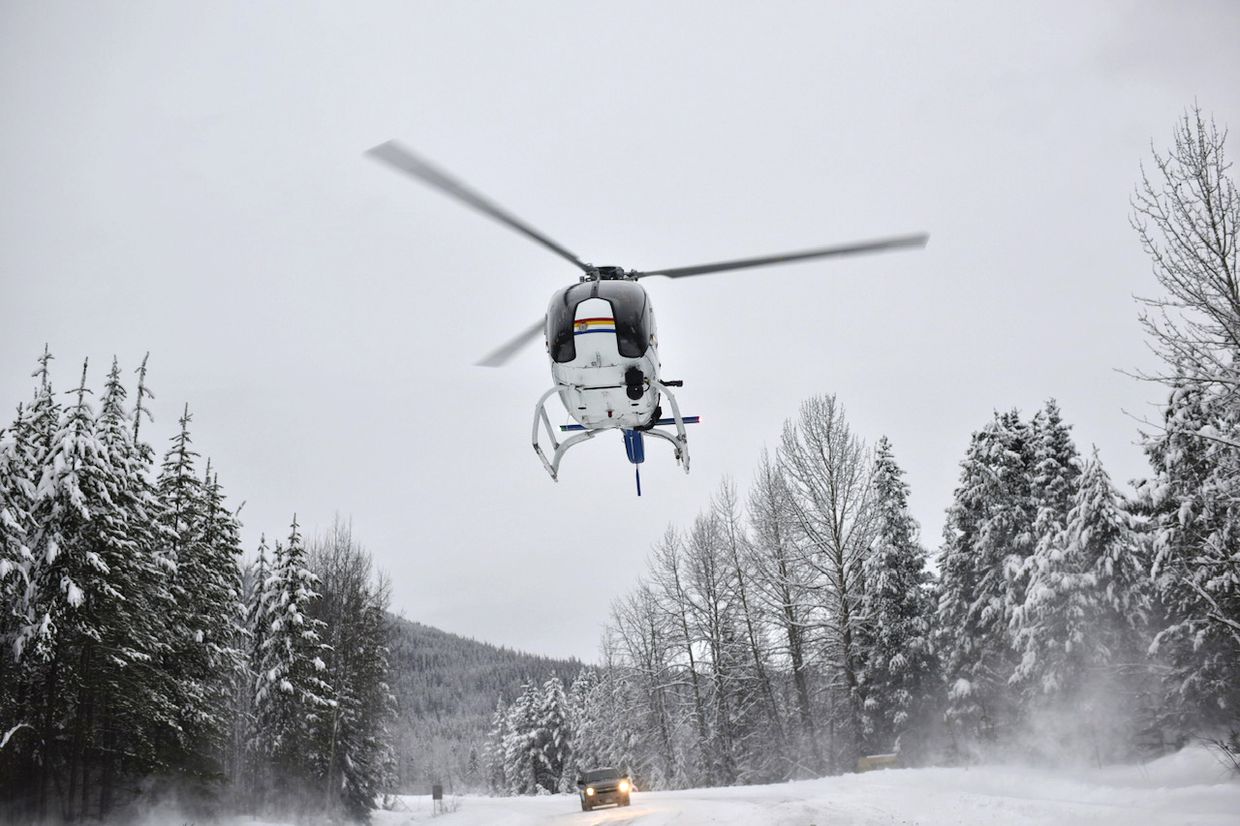 A security check-point at Mile Marker 27 where the RCMP have blocked further access to the Unist’ot’en near Houston, B.C., on Jan. 8, 2019.

Under Canadian law, the elected chiefs have authority over the reserves created by the Crown. But authority over the 22,000 square kilometres of traditional Wet’suwet’en territory involves a matrilineal system of 13 unique houses, five clans and 38 house territories. Under that system, Na’moks, who belongs to the Beaver house under the Tsayu clan, is one of the hereditary leaders obligated to manage how those lands and resources are used.

The project has sown deep divisions and put a spotlight on the conflict between those two systems of leadership – one ancient, passed down through oral tradition, the other established and codified by federal law. It has demonstrated the messy but necessary processes resource companies and governments must confront when pursuing projects in British Columbia. And it has forced Indigenous groups to face the tensions within their own communities – the painful trade-offs between economic development and ancient obligations of land stewardship. MORE