In many parts of the world, it’s cheaper to build new renewable-energy projects than fossil-fuel power plants. To fully replace carbon-based fuels, however, we need solutions to store large amounts of energy for when the sun doesn’t shine and the wind doesn’t blow. 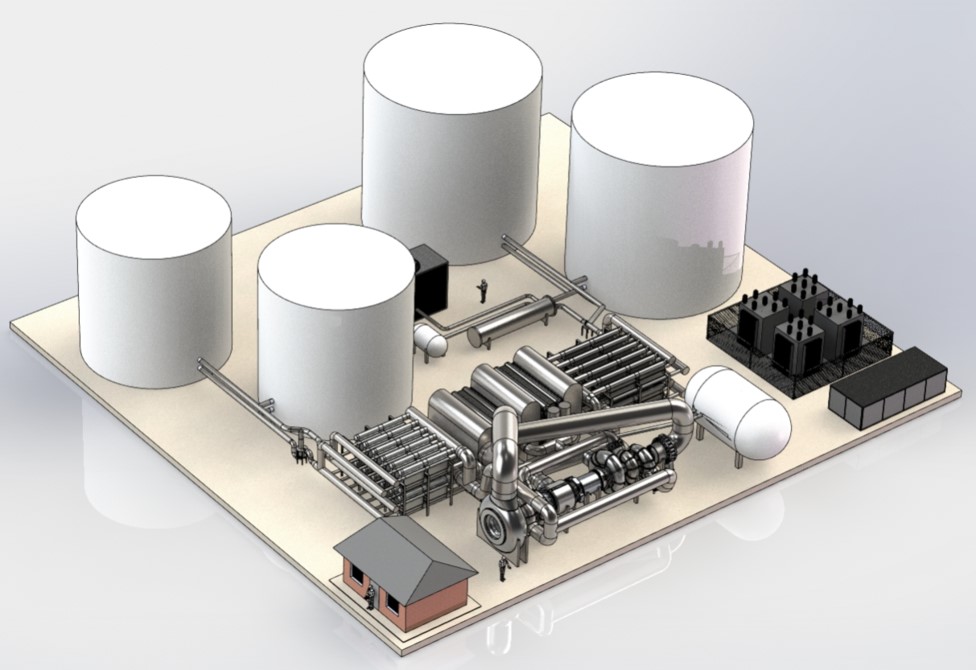 The Boston-based startup Malta thinks it has one answer in the form of heat pumps, chilled chambers, and molten salt. On Dec. 19, it graduated from Alphabet’s secretive X lab and raised $26 million toward building its first full-scale pilot plant. The funding round was led by Breakthrough Energy Ventures, which was set up by Bill Gates with support from the likes of Jeff Bezos, Michael Bloomberg, Jack Ma, and Mukesh Ambani.

The idea is to use excess electricity from solar panels and wind turbines to run a large heat pump. “It’s essentially a refrigerator on steroids,” says Adrienne Little, the startup’s technical lead on heat exchangers. It extracts heat from a chamber full of antifreeze-like chemicals, lowering the temperature to –70°C (–94 °F). That heat is dumped in another chamber where salt—not exactly table salt, but similar—is heated to as high as 565°C (1,050°F). These insulated chambers hold the energy until it’s needed. That’s when a heat engine—essentially like a steam turbine inside a power plant—is used to convert the heat and the cold back to usable electricity. MORE

Current solar cells are able to convert into electricity around 20% of the energy received from the Sun, but a new technique has the potential to convert around 60% of it by funneling the energy more efficiently.

UK researchers can now ‘funnel’ electrical charge onto a chip. Using the atomically thin semiconductor hafnium disulphide (HfS2), which is oxidized with a high-intensity UV laser, the team were able to engineer an electric field that funnels electrical charges to a specific area of the chip, where they can be more easily extracted.

This method has the potential to harvest three times the energy compared with traditional systems. The researchers believe their breakthrough could result in solar panels, no bigger than a book, producing enough energy to power a family-sized house. MORE

Recognition is spreading that communities need to build resilience to climatic and coastal threats even as the world seeks ways to curb emissions driving global warming.

In the wake of Hurricane Sandy debris and destruction can be seen in and around the houses in Breezy Point, N.Y. Over 100 houses burned to the ground as flood waters isolated the community from fireman.

Signs are emerging that a significant shift is under way, dividing the climate challenge into two related, but distinct, priorities: working to curb greenhouse gases to limit odds of worst-case outcomes later this century while boosting resilience to current and anticipated climatic and coastal hazards with just as much fervor. There’s action from the top down, and—perhaps more significant in the long run—from the bottom up.

The most prominent signs of the rising profile of adaptation came with the launch in October of a Global Commission on Adaptation and a December commitment of $200 billion in climate finance over five years by the World Bank and partners. MORE

The facts about aboriginal rights and title support the Wet’suwet’en peoples in their pipeline protest. 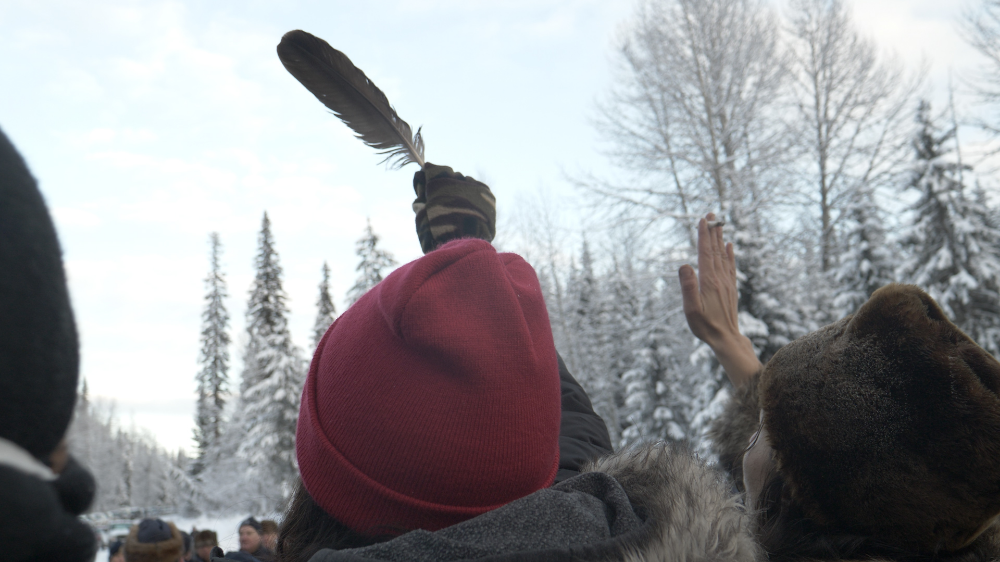 The Wet’suwet’en land defenders and their supporters attempt to stop RCMP officers from enforcing an injunction. Photo by Michael Toledano.

The people defending the land are comprised of Wet’suwet’en hereditary chiefs and their people, who want to ensure that their lands are protected so they can continue to practise their rights to hunting, fishing, trapping and gathering, and exercise their right to clean air and water and a healthy environment. Pipelines, they say, are a threat to these rights that the Wet’suwet’en people value.

Neither the elected chief and band councils that support the pipeline, nor the federal or provincial governments, nor Coastal GasLink ever obtained the consent of the Wet’suwet’en hereditary chiefs and their supporters. And that’s what’s at issue here. MORE

There are two kinds of Indigenous governance structures, but Canada has been listening to just one

How  dedicated group of community members fought back against glyphosate use in their community — and won!

As a retired teacher and organic gardener in Ben Lomond, California, he decided to join the Environmental Committee for the local San Lorenzo Valley Water District. The small district serves 7,900 connections with mostly surface water.

Six months into the appointment things were going well. Then, Rick Moran began reading through a proposal titled “French Broom Management Plan for the Olympia Watershed.” He realized that the Water District had used, and was going to again use, the controversial herbicide glyphosate in a “cut and dab” process to kill about 19,000 invasive broom plants. Worse yet, the herbicide would be used near two well heads. MORE

This situation is sort of a uniquely B.C. problem. Because the First Nations there don’t have treaties title over traditional lands hasn’t been dealt with

Elected chiefs are elected under processes established either through the Indian Act, the First Nations Elections Act, band custom or, in the case of self-governing First Nations, under the band’s constitution, explains The Canadian Encyclopedia. James Dempsey, a Native Studies professor at the University of Alberta, said in many places, a chief and council has simply become the accepted form of government.

“But you also have others that are trying to, to whatever degree they can, re-institute the traditional way of government and sometimes it comes into conflict with the chief and council,” he said.

From the time of birth the child would be groomed or tutored to be a wise, strong and responsible leader

Hereditary chiefs are just that, hereditary — a traditional form of government.

“Before non-native contact, a Wet’suwet’en heir began their journey to becoming a hereditary chief while still inside the mother’s womb,” says the Wet’suwet’en website. “Elders, Shaman’s and Chiefs would often feel the womb of an expectant mother and determine if the baby was destined to be a future Chief or Shaman. From the time of birth the child would be groomed or tutored to be a wise, strong and responsible leader.” MORE 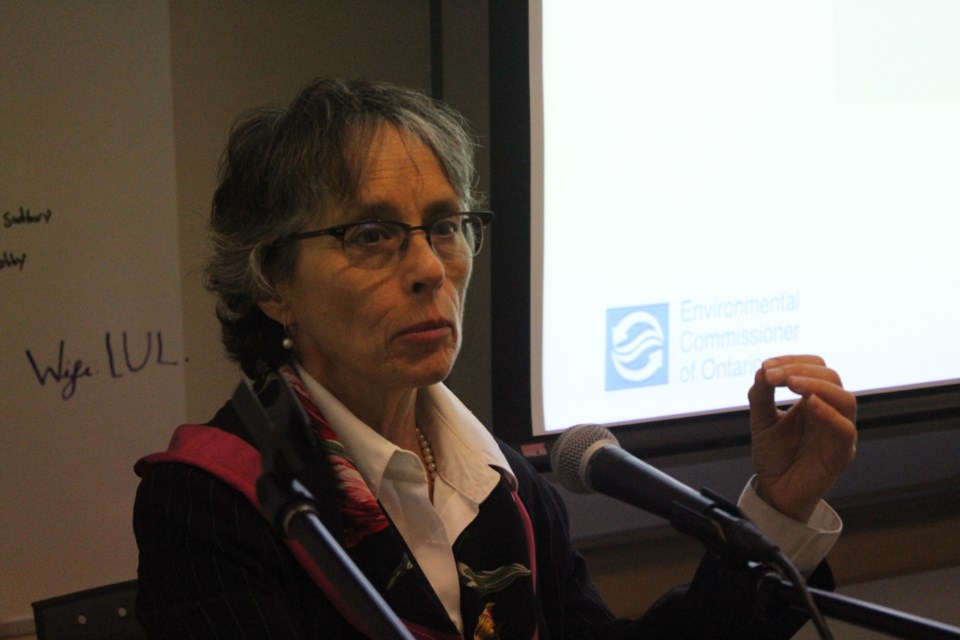 The picture painted by Saxe during her 45-minute presentation was a rather bleak one at times, as she explained that is too late to be thinking soley about reducing greenhouse gas emissions or about trying to adapt. 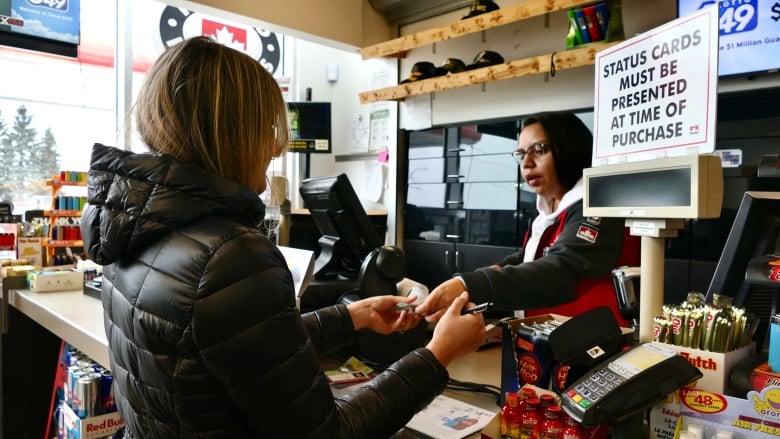 The report, which assessed the impact of the Indigenous economy in the province for the first time, says spending by Indigenous people, businesses and governments totalled $9.3 billion in 2016. MORE Farmer Tony Neale sits atop his electric tractor, which he charges using solar panels installed on his farm near Uxbridge in 2018.  (MARCO CHOWN OVED / TORONTO STAR)

“It’s silent. There’s no exhaust. You can hear the birds and talk to people working in the fields. You can feel the wind on your face and smell the fresh country air.”

The tractors — which have the equivalent power of a 40 horsepower diesel engine — run for five to eight hours on a single charge and will eventually retail for around $40,000 (U.S.), which Neale says is a similar price tag to a new diesel tractor.

“But the operation is 10 times cheaper,” he said. “There are no fuel costs and little to no maintenance.” MORE