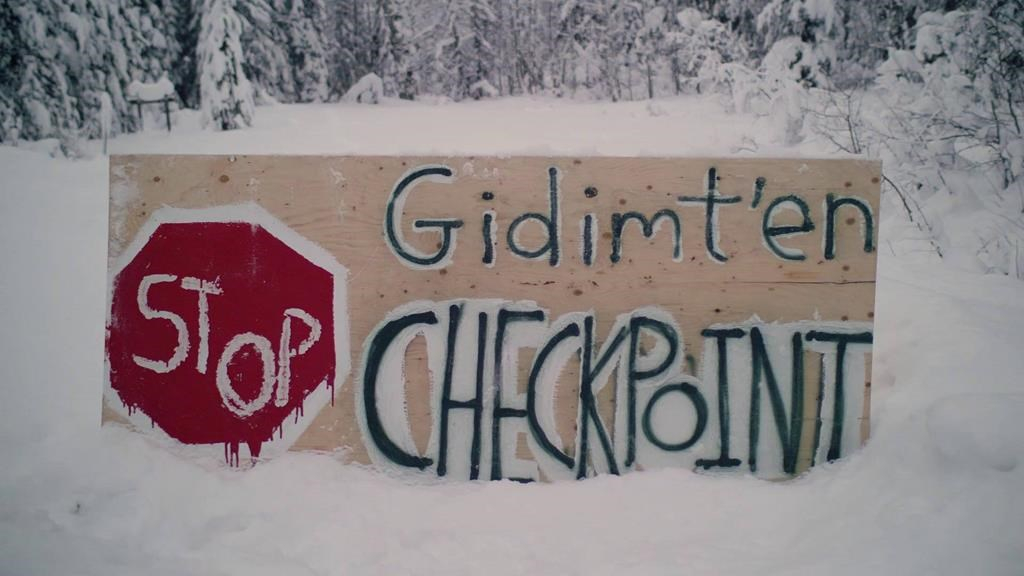 A sign for a blockade check point by the Gidimt’en clan of the Wet’suwet’en First Nation is shown in this undated handout photo posted on the Wet’suwet’en Access Point on Gidumt’en Territory Facebook page.

Mounties say the arrests took place at the Gitdumt’en checkpoint on Morice West Forest Service Road for various offences, including alleged violations of an injunction order against the blockade.

They allege officers saw a number of fires being lit along the roadway.

Journalists say that the land defenders who were protecting their territory were not armed.